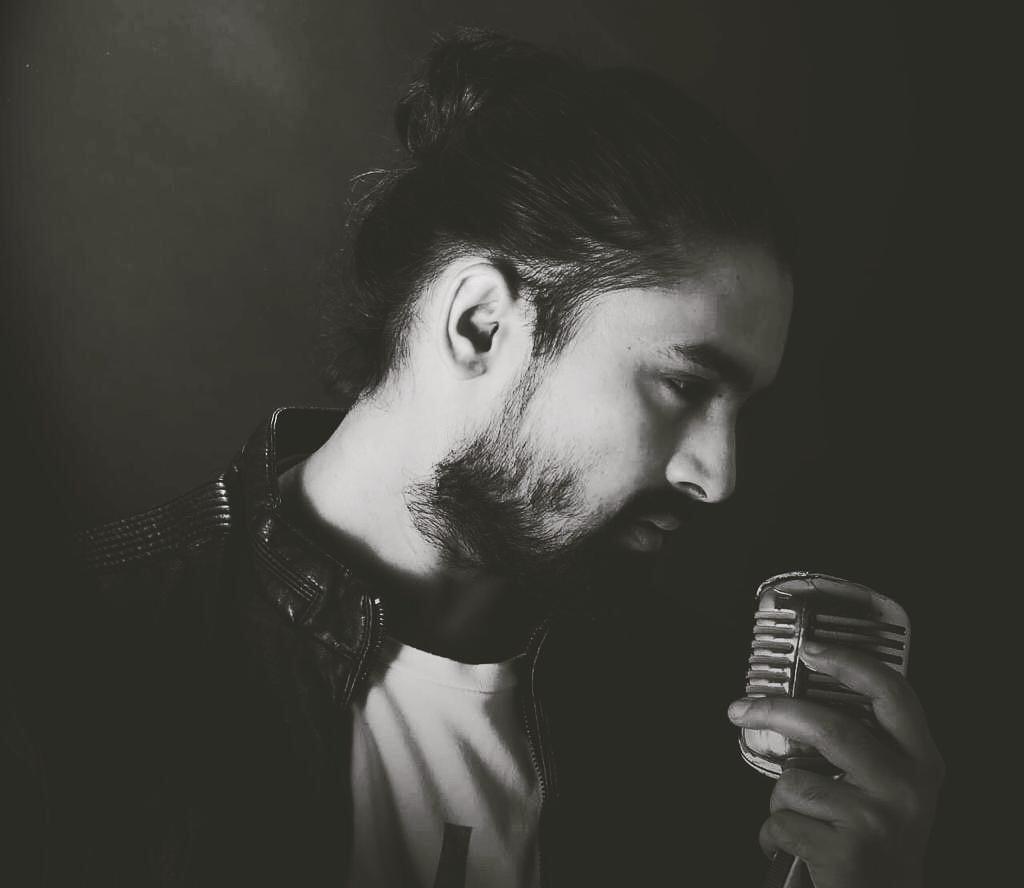 Amit Kacher also known as Amit Geet Kacher – is an Indian Singer, Live Performer, musician and songwriter/composer. A disciple of Hindustani Classical Music under the guidance of Late Ustad Hifzul Kabir Saheb from Delhi gharana. He has sung songs in various languages Hindi, English, Punjabi, Sindhi and Rajasthani. He had performed more than 1500+ shows in India and abroad. He has associated with many NGO’s for conducting charity shows

Amit Kacher was born in a small town of Madhya Pradesh named Katni. His father late Munna Lal Kacher was a well known advocate of their town. After his father’s death when Amit Kacher was only 10 years old started working in a medical store to run his family. His younger brother Alok kacher has also started to work in a beer bar to help him. His mother Smt. Archna Kacher struggled alot while working as an Anganwadi Teacher.

He completed his higher secondary education from a english medium school named Toddlers Academy and Sacred Heart Katni. Later on he graduated with a degree of BCA(Bachelor of computer applications) from KACC College.

Due to lack of money he was not able to learn music from any good institute, so during his growing up days he used to listen songs from radio while working in a medical store and started his initial vocal training. He used to listen film songs and follow Mohd. Rafi saheb and Sonu Nigam to develop his Vocal skills. Accidentally one day while singing a song in Sadhuram School, he had noticed by an Orchestra organisor and offer him to perform with his orchestra team. From there at the age of 15, he started his musical career by performing in weddings and events to get a good money to run his family

During this period Amit kacher had won many singing competitions and awards. In 2008 he had cleared all audition rounds of SA-RE-GA-MA-PA ZeeTV and move on to Mumbai for it’s mega audition, later on he had eliminated. After that he got a great explosure from local media. In year 2009 he won Voice of Katni award. In year 2010 he won The most prestigious Voice of Madhya Pradesh award.

On November 12, 2010 he formed a band named RAKKT – The power in you along with his friends and brother – Ishan Khan, Amit Bhardwaj and Alok Kacher to start a series of charity shows to help poor and needy students. During this period (2010–2012) they performed many charity shows and donate approx 500,000. Rs

2013–2021
In Nov. 2013 he performed his first international singing tour in Thailand. In July 2016 he performed series of a month long international shows tour in Indonesia and Malaysia respectively. He got his fame through a cover song named “Bulleya” in YouTube. He has awarded in shining stars award 2017 by India Media association and JK News Channel and Radio 98.3 FM

He has performed more than 1500+ shows and concerts in Different Cities of India and Abroad Performing in Hindi, English, Sindhi, Bollywood, Sufi, and Fusion Genre.

He got popular on YouTube when his cover versions of Hindi film songs received positive response. He became more well known after singing his Original Composition Let’s Fight With Corona During Lockdown 2020.
With Having More Than 200k+ followers on Instagram Amit Kacher has Bagged A Massive Fan Following on his Social Media Platforms.

Nowadays
He has also become an Exclusive influencer, Live Streaming Artist and endorses many brands on his social media.

Related Topics:Amit Kacher
Up Next