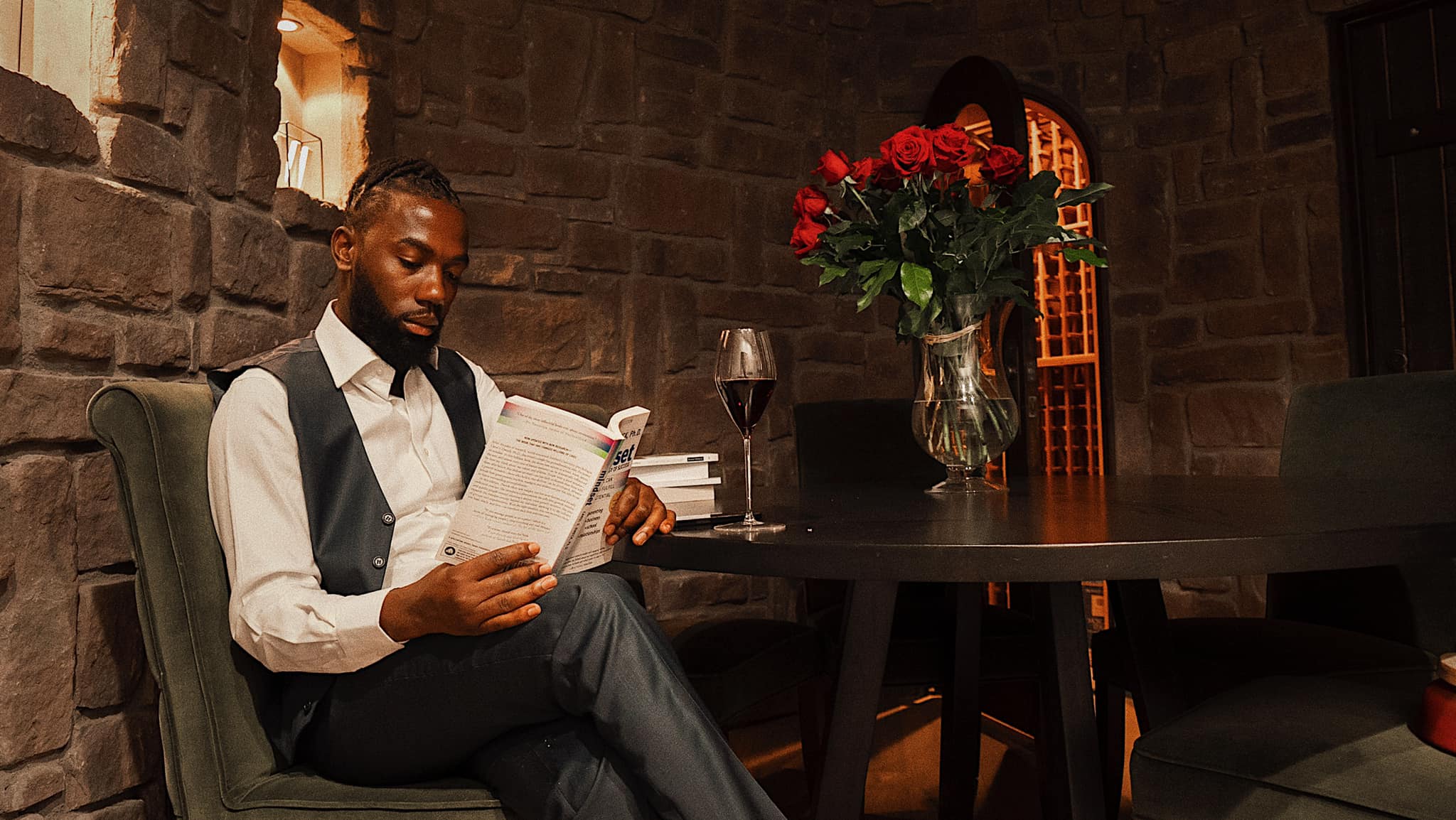 Owning and running a million-dollar company in the US and coming from a humble background, in Haiti. Wow! That calls for a treat, no? You may think it is not possible and such claims sound very bookish. But let us tell you something. Something very enticing and interesting.

There are people like Johnwick Nathan in this world who run after their dreams and make sure to meet goals. Who is Nathan? Well, Nathan started his journey from Haiti’s small town. He had nothing apparently to direct him towards the road to the sought dream – success.

Do you know what “success” is? Most of us define it as “reaching goals and accomplishing agenda”. Nonetheless, the meaning is larger than the definition. It is because of two reasons – it has many areas unexplained and success is not necessarily competing others. Today, many professionals find it silly to get enrolled in the rat race. They think success is getting better and not competing with others. It is rather getting better than before and bringing challenges into action.

Today, Nathan is making more than our imaginations. How is he able to do so? What did he do to get the reward in the shape of “success”? Here, after conducting a live session, we have mentioned some of the excerpts of the interview. Let’s see what he has to share.

My parents (Leprince Nathan and Miliana Joseph) belonged to Bombardopolis, a small town in the mid of Haiti. As a culture prevailing in those times, dad worked as a farmer and mother was a homemaker. With my other six siblings and me included six kids, she was left alone once my dad decided to leave for the US. – He answered to a question about his family background in an interview.

Soon after dad’s departure, my mother moved twice. First time to Village De Dieu from Bombardopolis. Then, to the US from Village De Dieu. I was a kid below 5 years of age. Schooling started in New York, US. Time passed and I started to take interest in the development and prosperity of my community.

Later, in the very same place in the US, I got a chance to get associated with Cultural Arts Center. There, I worked for “Drum & Drill”, linked with a drumline, and started to play (and enjoy) snare and tenor. Dance become my thing, my passion.”

He continued telling the story by saying, “at the vulnerable age of ten, in Hudson NYC, I was offered to play keyboard for a Haitian Church, Rock de Roche. With money in hand, success in a pocket, I started planning how to execute my services like a businessman. It was not for money par say, all that he did was to empower and enlighten the community through music and religion.

After some time, I took up a professional job at Operation Unite as an office staff. Right after embarking on teen life, at the age of fourteen, he started living with a sibling, Wildine, in Connecticut, US. Unfortunately, Wilding was not very strong financially and lived in a tiny house. But that is what it was! With no glorified life or enough space, he managed to pull days. Mainly because it was just okay and he knew soon it will get better.”

“I never left playing keyboard in the church. With persistence and willingness to keep it how it is, ultimately, a church made designated me with more responsibilities and made me in charge. Yes, I started to lead musicians at one of the best churches for my community “Pentecostal Church Greater Hartford”. In 2012 I changed my location from Connecticut to Indianapolis. There I studied Bible and started playing the keyboard. It was in the college named “Indiana Bible College”. It was the time when I was not that bad financially but something bad happened again. It was so bad that I had to travel back to Connecticut.” He added more about the background and the kind of life he lived by telling, “

When we asked about his struggle in finding peace with challenges, how he manages it so well, he smiled and said, “Soon after going back to my sister in Connecticut, we came up with an idea. The idea to make a gospel group, “Arise”. Another success stroke and we, I and my sister, announced EPs. From there onward I followed the path that always kept me full in heart. My passion for music started to take another form. For me to get a music school became so important that I decided to attend a music school, “CRAS Music Recording School”. This is after going to Arizona from Connecticut.”

How did you become known to the world as a keyboard artist? To this question, he replied, “a lot changed when I went to Arizona. A health technician serving in the behavioral domain became his new passion. In this new side of the professional growth, my main focus was to take people out of depression and dark times. It helped both and the result was mind-blowing. Also, this added a sense of fulfillment that was desperately looked for.”

He further said, “to help someone grow out of darkest phase of life or helping them emotionally was divine. It was similar to looking at a baby turning into a functional man. The day I healed a person emotionally, I made a pact to help my community and will take this profession as far as possible. That is what I always wanted to do – to serve mankind.”

When we asked him about challenges, he said, “I met several challenges. to the point where I knew what is the solution to the kind of problems, I faced – from expulsions to recoveries. But at last, in the year 2017, I eventually started a group home. Among so many successes and accomplishments, this one came as the biggest and most surprising one. Even today I have my recovery programs and now, there are six instead of one group homes.”

Our next question was if that was it. If all that made him happy and content. To this, he said, “No. I wanted more to give to the world. So, I planned and worked accordingly and in 2020 I launched a health care center and named it, “Harbor Health Integrated Care”. Here, I started taking patients to cure their mental health concerns. I counseled Arizonians to get back to life. As of now, I am following my path, the direction to get a hall of fame. I am taking care of the mental health of Americans in Arizona.”

What is the secret sauce of getting all that you dreamt of? He said, “I only followed my path. To do that, finding the direction and destiny worked like a charm. Yes, there were many odd times but every time I accomplished a milestone, never missed the point to celebrate.”

According to Johnwick Nathan to get the biggest achievement, he had to accept small celebrations of meeting goals. Now all he wants is to spread positivity through his secret sauce of success – finding a path. He loves to share the secret to success via his book “Soulful Success”. In this book, he has mentioned twelve principles of attaining success. All these principle means a lot. Mainly because he has opened his journey in detail.

Related Topics:Rising Success
Up Next

Zayn Khan is a veteran internet entrepreneur and columnist at different online magazines with a focus on startups, success stories, wealth management, entrepreneurship, and more. His work has been featured in Entrepreneur Magazine and few other outlets. Zayn is also a business growth, branding, and media relations specialist. He's helping startups and entrepreneurs establish credibility and growth.