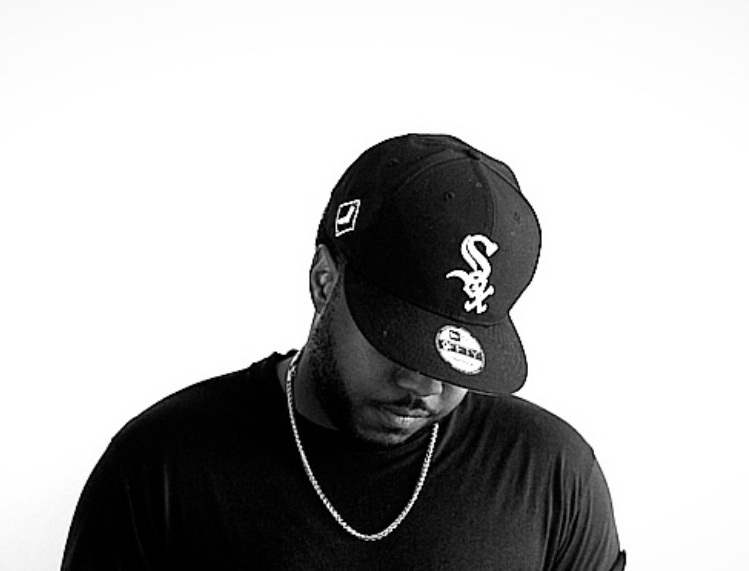 1.) Tell us about your background getting to where you are today?

I grew up a only child. Just me and my mom at home. Getting to this point took luck and hard work.  I was able to see guys that I used to be around the city and the neighborhood make it to blow up. I always wanted to be involved in music some kind of way. I grew up kind of quiet. A lot of people thought that I was shy, I really just didn’t have much too say but when it comes to writing most people are surprised. I played the trumpet, drums and a little bit of piano in school. By the time I was 14, I started writing songs with some guys from my neighborhood. Most of us barely have been out of the city. We had this one whack song people liked. We got opportunities to perform in Memphis, St. Louis, New Orleans and I think Dallas before I even went to high school. When I was 16, I sold my first song to a guy named Kov for 3 dollars. At the time it seemed small, but he over hyped me congratulating me on selling my first song. Long term it was a step forward I never forgot. I still remember it, but I won’t dare sing it. Over time I got better and life separated me from the guys I was working with initially. It was a lesson most that different people have their own paths. I met Deb Antney and learned a lot when I was younger just off of the few lessons that I learned. Once I knew how to move, it separated me.

Man I never use my real name. My name is Jeffery Walton. I’m from Chicago, IL. The name M.T.G. is short for Movin Towards Greatness. I had a friend named Marcus that passed away. He called his self M.T.G. which stood for Marcus The Great. He was a good guy and you never had to question him. I knew since I met him, he would have a bright future. I guess using his moniker was a way for me to accept him dying but to take something that could shape to be positive from the situation.

I got into music through a lot of different interactions and just interest. I always wanted to play instruments and then I luckily met a lot of people who I looked up too and they all left me with something too take from it. I remember not being able to afford the boots I wanted one Christmas. Ludacris picked me as the kid to be get a Christmas gift that year. I got the Timberlands that I wanted and a walk-man radio. At the time I was more pressed about going to school with the boots. I think looking back the walk-man had more of an impact on me.  I’ve played instruments in music class, and then once I joined the band I would try to play along with the music. Ziggy Marley is someone else. He came to my school once and I was able to play one of the drums that he brought. Hearing stories about common being around and how he started in music. I started feeling energy over time that it was do-able every time I would hear the stories or meet someone.

4.) What is the most challenging thing you have overcome in your life?

Honestly, I feel like a war veteran with all of the stuff that I’ve had to overcome. Growing up around gang violence, poverty, experiencing depression and dealing with life at the same time. Problems never stop, you have to figure a way to deal with it without doing more damage long term. Sometimes when things are peaceful, I still like to get a few days to myself and take it in. Once you get to a certain point it’s the best feeling. I remember just asking to live somewhere better and little things that I have now. I try not to get comfortable because I know that I can go way further.

5.) Are you currently signed or independent?

Right now I have an distribution deal with a company in New York called EQ Distribution. They’re the independent label of Roc Nation.

6.) Who inspires you the most musically?

Sometimes for inspiration, I listen to Neyo, H.E.R., New Edition, Mario and random stuff out of my playlist . I like when you can tell they paid attention to the lyrics.

7.) What do you want people to take away after listening to your music?

I look at it as the type of music you play when you’re on a plane.  Stuff you can relax too. You can chill with a girl too,   but it won’t be too soft. A lot of times, I’ll hear about certain things going on or a relationship someone I know is in. I like to take what I see and turn it into a story. I like to craft out a story to the point it flows and is easy to understand.

8.) WHAT ARE SOME OF THE BIGGEST CHALLENGES AND DIFFICULTIES YOU FACE WHEN STARTING NEW PROJECTS?

For me just trying to picking out the instrumental is what takes the longest. Sometimes, I might want to change something and then I will never be finished. Sometimes I’ll sit on a song for a second and wont even like it later. It usually takes somebody making me stop making changes. I have thousands of those songs.

9.) What is your greatest achievement as a musician?

One of my greatest achievements would be showing my mom a plaque with me on there at Top 5. I was did something funny and put a message on there because she told me not too pursue music because she didn’t like it. I told her that a lot of other people liked it. It was a joke though. She was still proud of me.

Sometimes I do produce my own music. Right now I have a song produced by DaBlackMic and also one produced by DopeBoi.

11.) Who is one artist you wish you could work with?

I want one with Ella Mai, I’ve always thought she was dope. It started out me listening to one song and then I ended up with all of her music. Another person I would say is J.Cole. He’s another person that can make any song work.

I have a new song coming up. Its pretty much where I take 2 different women that I’ve dated and merge them together in a story as the same person. I have a new phone number. When they try to call and complain it wont go through. Sort of like a last word.

13.) What does a day inside your shoes look like?

Busy, dealing with a lot of people. I get up at 5 am sometimes and going until 2-3 in the morning. Other than that grinding, planning, working out and traveling. I don’t have a girlfriend right now and I’m sort of enjoying it. Really just taking advantage of this time to myself. There are a lot of people try to get to you for different reasons. I’m a big fan of do not disturb.

I couldn’t even tell you. If I’m not knocked out I’m either working or plotting something. I’m always working.

15.) WHERE CAN PEOPLE FIND OUT MORE ABOUT YOUR WORK?

Everywhere, everything is @Itsmtg, and all of my records are on Soundcloud, Apple Music and Spotify. Thank you for having me.

A Revolutionary Bengali Is Changing His Countrymen’s Futures, And He’s Doing It For Free