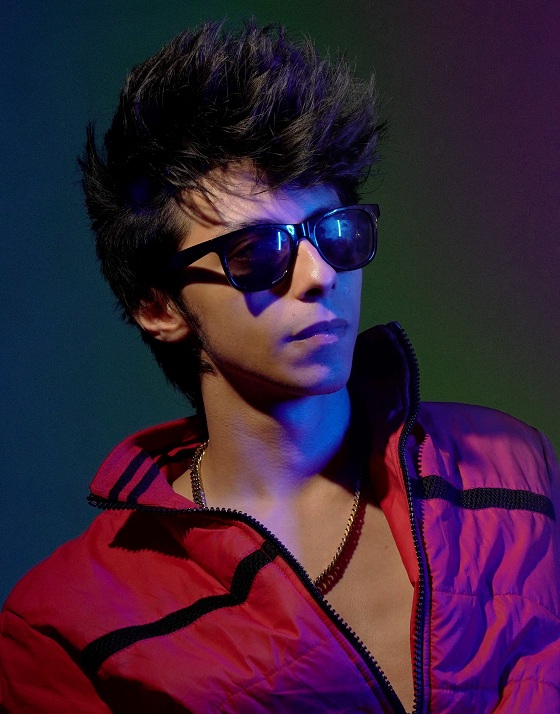 Popular rapper and trap artist from India, Lil Sidley has gained significant growth and recognition for his catchy hooks, melodies and over the top music videos, garnering over 100,000+ streams on his music across platforms. He is also known for his diverse blend of multiple languages and genres in his music.

He took the city by storm with his concept album “Super Green” a harmonious union of music and arts. Lil Sidley has created an experience that blends illustrations and music to go hand in hand to tell a story. Each track in the album is accompanied by illustrations that portray the journey of the main character.

Today, Lil Sidley is currently working with many renowned faces in the Bollywood and Tollywood industry. He wants to set an example for all the young artists that no matter where you come from you can always reach your goals if you stay dedicated and true to yourself. You can.

Lil Sidley talks about criticism he faced along with his rough beginnings.

“In today’s age you can’t just be good at one thing, you need to be good at everything. I barely had any money or resources. Nobody really took my vision to be a Musical Artist seriously until i showed results, other than a few friend’s I met in college, shoutout to my brothers, Vamshi Krishna, Ishan Lamba and Shivendu Shukla for all the help and supporting me since day one on this journey!

I made the effort to learn all the roles and skills required to execute my projects so I did not have to be dependent on anyone to create music or content, also the fact that I couldn’t afford to hire anyone. I learnt Sound Engineering, Film Making, Video Director, Editing and Marketing. After releasing my first music video, I started gaining a lot of recognition, from where I was accepted for a VEVO Partnership.

I was also despised by a lot of people and created friction in my city. I was criticized for the type of music or video’s i made, but I knew they were envious of me because of the success I was achieving. They would discredit my effort by saying it was easy for me because I had a lot of money which was far from the truth. Hey, guess my work looks like it’s worth a million dollars, so I don’t blame them. (chuckles) The truth is, which i can confidently say, they lack vision, the will to learn, the knowledge and exposure I had growing up.

I was stepped on, put down, bullied, quite often in my rookie rapper days. But to me that’s just part of the journey. I don’t like to carry baggage with me, the best feeling in the world is to be at peace with yourself. Forgive but don’t forget. I enjoy what I do, I am genuinely happy with myself and who I’ve become and what I’m yet to be. Do the hard work, especially when you don’t want to.” -Lil Sidley

When our team sat with Lil Sidley, he was looking pumped up, as if he was ready to do anything right now. He is eager to make music as and when he pleases and the effect of that is visible in his tone. When he talks, he talks to do. Sometimes it can be a little overwhelming, but that’s who he is – Lil Sidley aka Siddhartha Gunti.

A New Social Media Platform Has Launched Just For Rappers