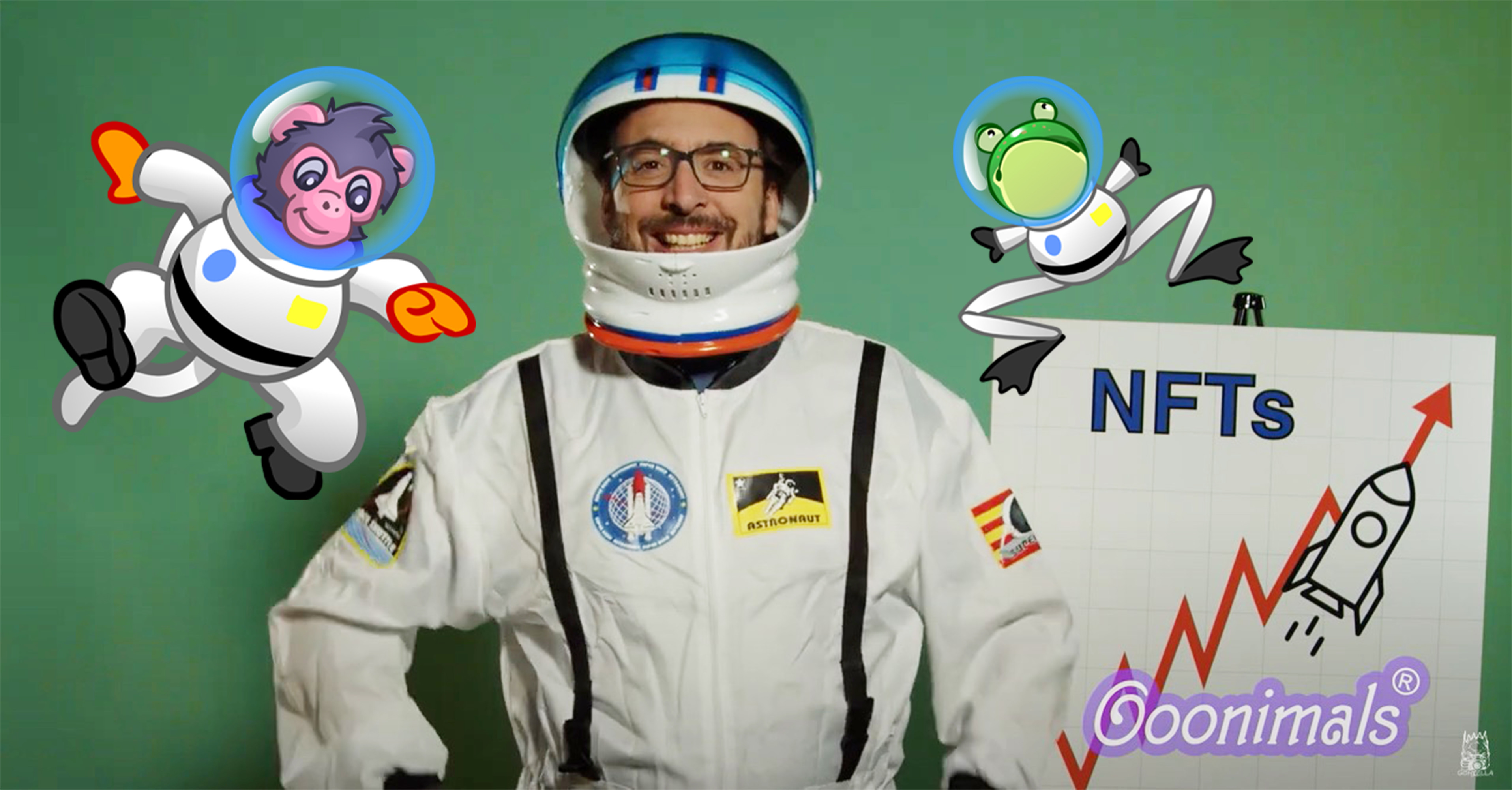 Noam Krasniansky is an Ultra Entrepreneur who started Bambooees towels (the un-paper towels) with his wife Irene, a product designer. When Noam searched for an environmentally friendly option, he was not able to find one, so he created his own that blew away the competition.

The husband-wife team made an appearance on Shark Tank, and ended up cracking a deal with Lori Greiner, who agreed to invest $200,000 for 10% in equity. The brand was featured on QVC, generating millions of dollars in sales.

Although the product was unique, its early success was also a target on the backs of the innovators who had conceived it. Before they knew it, many copycat products were being circulated throughout the world, forcing Noam to consider alternative innovations that put him on the path to the emerging NFT industry. Noam has a maxim that goes, “ Innovate or die.”

Ooonimals NFT emergence to the Space occurred in 2019 with over 100 characters within the Oooniverse. In 2022, five characters will be entering the NFT space with five exclusive collections, four of them with 1600 each and one with only 44 dropping August 16th, minting on the website only.

Ooonimals are animated animal characters existing in the Oooniverse, a dream-state world in a place called No-where-ness. They are designed to appeal to the imaginations of adults and their children, which will allow them to reconnect with the thrill of being a kid again. Ultimately, they offer a way out of a world that seems broken and help us rediscover the world through the eyes of a child. As long as children still have a sense of wonder, they’ll interact with Ooonimals whenever they speak to an imaginary friend. Whoever thought of an NFT that was family friendly? Whoever thought of a NFT, that was connected to a real world collectible? Whoever thought about an NFT that existed within its own Oooniverse?

Noam hopes to connect Ooonimal members with a sense of community. As he understands, the community for NFT projects is the headliner that drives all projects and has created a roadmap that includes a Kickstarter with a real world minting machine, movies, web mini-series, and live immersive events. This roadmap will interconnect members from the ground floor to the moon.

Right now, you can get  exclusive VIP-level access to next generation blue-chip projects, collaborations and Ooonimals white-listing and NFT airdrops through Club 44. Getting a Club 44 real world NFT collectible card gives you early access to special events, private Discord, 2 Limited Edition Ooonimal NFTs and unique merchandise with unprecedented opportunities. Passes are expected to sell out in the next few weeks and there are only 1,000 available. This is one of the first projects to accept credit cards through presale invitation only option.

Noam welcomes you to the Ooonivese!