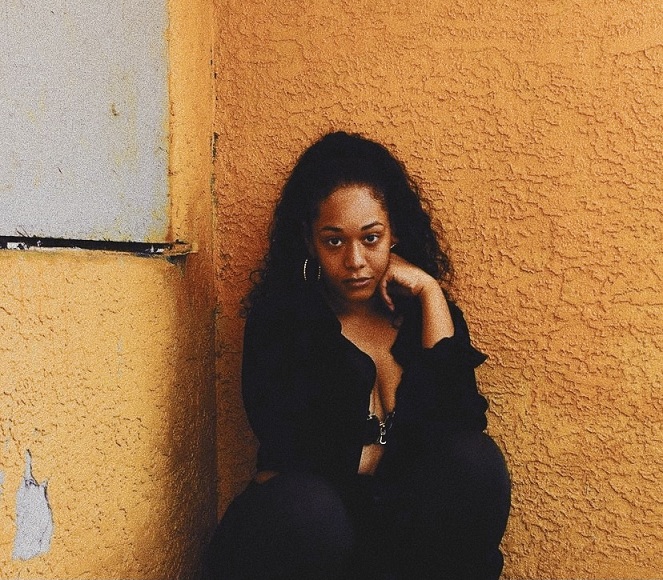 Chicago Illinois, native Qiayz delivered a new stunning single in March of this year filled with witty songwriting, catchy melodies, and unique genre breaking flows titled ‘’Toni’’. Music is indeed an art form and when it comes to making music Qiayz has mastered the art of music delivery time and time again.

She puts her versatile approach to song making on full display all throughout her latest single (“Toni”) The talented rapper allows us to take a brief glance through his lens at where she’s at in life while still letting us rap along to the catchy lyrics.

Having started her music career over a decade ago, Qiayz isn’t new to giving us the timeless music that we’ve grown to love over the years.

She’s never shied away from telling his truth in his music, that’s why fans can relate to her so much. It makes them feel like they aren’t alone with what they’re going through in their own life.

Take a moment to get to know the rising artist by tuning into her latest interview that we did with the upcoming star herself below:

What’s up Qiayz! How are you?

“Doing well! Excited for this interview, thank you for asking’’

How did you come by your stage name?

If you could change one thing about the music industry, what would it be?

“The industry has so many things that I would change underneath the umbrella of “secrets”, I would definitely change the idea to not focus on just mainstream artists and give light to those who are musicians, and indie artists who speak from the heart on their records”

What goals do you see yourself achieving in the next 5 to 10 years?

‘’At heart, I can reveal that I would be more than happy to be an artist of all trades, but I would love to see myself specifically as an architect of some kind, whether it be designing the next futuristic skyscraper or a community for the people, I love to draw floor plans and the intricate details that come together for a grand finished product’’

What thing or person motivates you the most to wake up every morning and go hard at pursing your dream of becoming a musician?

‘’By all means it would be the Almighty. I don’t think I have much to say about that other than nothing I bring to exist would exist without the higher power over us all. The reason I cannot give up in anything I approach, especially music and it’s because I, like many, have a calling to use my voice to shift and power energy for the greater good”

Do you have any hobbies or interests outside of music that you would want to pursue once you’ve established the tools and resources needed from your music career?

‘’Well, I have a lot of ventures that would I guess complete my journey in this lifetime. Being an architect is at the top of my list, but I would love to be a food tasting traveler (if that’s a thing), maybe even a chef one day, an author, and eventually a doula. Pretty much anything where I can have a little bit of control over my ideas, or something where I know I can rest my positive energy, maybe something in health and wellness. So many things! A jack of all trades”

What strengths do you have that you believe make you a standout from other musicians?

“Everything about me stands out, just like you. I don’t compare what I bring to the table over others because we are all so very different on purpose and we all have been vicariously called to do work in different ways. Once you realize who you are, you stand out automatically. So, for me to say I can do this, and I will stand out more than someone is not planting my own seed in my own garden to grow. But ummm, no one in the game has my name, I know that for sure”

What’s your favorite and least favorite part about being a musician?

‘’The best part of being gifted in this field is simply being gifted, not having to try hard, always having a creative idea that can expel beyond the imagination and being able to say “I did that.” Being able to set differences aside with other artists and say, “We killed that.” Now, I can go all day about the negatives, but I won’t, so I’ll say this, being patient. Man, having to work with people who don’t see the importance in what you’re doing because they have other things going on, and learning to over stand that will get you far, but damn I really cannot stand being patient, with anything’’

What’s your creative process usually like when you’re working on new music?

“To be honest, I’m not even sure what the process is, I just live my life and I pick up things that my own experience, and even other people’s experiences depending on how I’m able to relate to them and their feelings. I also am very sporadic with how I write. Might finish a song in a few hours, might take years, just depends. No one record is based off one solid experience”

What has been the most fulfilling moment of your career so far that people may not know?

“The most fulfilling moment is everyday when I am reminded to continue forward. To have stayed so relevant to strangers over 15 years says a lot of how I set the tone for myself when I dropped my first record, and I’m so grateful for people who still believe in me after so long. It’s amazing actually. I’m truly blessed to have my supporters”

Would you agree that it is important to learn, study, and understand the history of musicians who have done it before you as you navigate the industry as a newer artist?

‘’Of course, I believe it’s important to study anything you want to dive deep into. I am obsessed and have been obsessed with culture around the world since I can remember, so studying music was very easy for me to grasp and keep doing. I’m still learning every single day. Recently I’ve been in my blues and jazz bag again, just finished up “St. Louis Blues” starring Eartha Kitt & Nat King Cole, it’s from 1958, I love it!”

What music advice would you give your younger self?

“As much as I hate to say it, be patient. I never craved to be famous or anything, but I did want to be heard, and with the internet changing so much and the saturated amount of artists and music now days, it can be hard to be heard without paying massive amounts of money for a single radio play. That was never a race I thought I would stay in, so I didn’t participate in that race but instead found peace in taking my time with this. I’m glad I did because it ain’t no telling what I would’ve turned out to be had I gotten famous at 15. Whew, glad I stayed down though because I know my time is coming”

What is the best advice you’ve been given about the music industry?

‘’The best advice I received was from a supporter who had been watching me for 10 years and one day when I definitely needed it most. she reached out to me and explained how me being myself this whole time and never giving into any bs was what made her continue to support and say my name in every room. So, in short, knowing self, and staying true to self is the best advice not only did I receive but also reciprocated, fully’’

What is one message you would give to your fans?

“Going off of my last answer, know you and stay true”

How would you describe the music that you typically create?

“I can create it all. What I have out to hear isn’t close to the catalogue I have access to, but I enjoy emceeing the most, which can be done on any genre of an instrumental”

Where can people connect & stay up to date with you with you on social?

“You can follow me everywhere, Instagram, TikTok, Twitter, and everywhere else by typing in ‘Qiayz’, use that same spelling to find me on all streaming platforms as well”

You can listen the Qiayz’s latest album at Spotify!

The Importance of Healthy Boundaries – By Dennis Schleicher