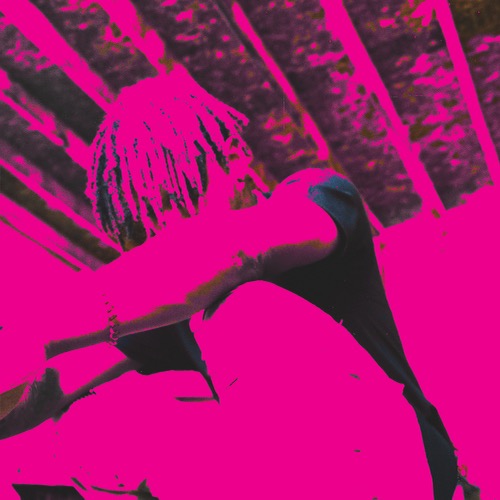 What’s up JTVION! How are you?

“Doing well! Excited for this interview, thank you for asking.”

1) How did you come by your stage name?

My stage name is just my first name abbreviated so instead of Jatavion, it’s just JTVION.

2) When did you discover your love for music and what made you realize it?

I’ve always had a love for music ever since I was little, when I was about 5 or 6 I remember having a small portable CD player and i would listen to the band KISS for hours on end. Music has always been something that fueled my day.

3) To whom or what do you accredit your style of music creation to?

I credit my style of creation to X and Juice I’d watch hours of any footage I could find on the internet of those two in the studio, free-styling, or explaining their creation process and I just studied it from top to bottom.

4) On your current single, how did you come up with the concept?

I came up with concept for Tell Me You Hate Me, during a point in time where me and my girlfriend were arguing and I just remembered hopping on the mic thinking to myself, “tell me you hate me, turn around, tell me you lied” like tell me you hate me cause your mad at me in the moment but as time goes by come back and tell me you were just saying that cause you knew it would hurt.

Some of my greatest challenges is coming up with a feeling or a story to tell. It’s hard to make a song that feels the way I want it to feel, often in times it won’t feel how I want it to in the highest degree, but when it does. It feels amazing, it’s like I know it’ll be a classic down the road for my fanbase.

7)What are your plans in the near future as far as music goes after the release of this new single?

My plans for the future is to take my music as far as I can, to reach as many people as I can. Not just with my music but with the content of my character as a person. I want to represent prosperity and show others how to be persistent with what they want and make it happen, I want to represent positivity in an industry where there’s so little of it. My goal is bigger than just success and good music. It’s bigger than myself.

8)Is there anyone you’d like to thank or shout-out who may have helped you with completing the new single?

Yeah, shout-out to Be Bop (@_Be_Bop) from 808 mafia, he recognized what I was capable of and sent me something unorthodox and out of the ordinary, if it wasn’t for him then I wouldn’t have been able to make this song the way it was supposed to be made, it’s supposed to convey an eagerness for reassurance and convey an emotional commitment, the beat holds and intertwines with the feeling so well, so shout it to him.

9)What music advice would you give to your younger self?

Buy recording equipment sooner, study the culture and the sound sooner. But be patient cause it all takes time.

10)What suggestions/advice do you have for other artists like yourself?

Stop rushing it. Like really stop expecting it all to come right away. Build your brand, build your character first. Let yourself grow and evolve, not every song has to be a hit, and not every song will be. But every song helps build the bigger picture, and don’t expect anyone to care about your passion as much as you do because they won’t. Fuel it yourself, compliment your own work. Nobody is going to rock with you until everybody else rocks with you. It’s you against all odds, nobody expects it from you, so you have to show them you have it in you. That’s when they gravitate. Oh, and stay true to yourself. Be relatable stay humble and stay human. People want to relate, they want to feel a connection to your story and see similarities in their story. You’re human so make sure they know that. I don’t ever want my fans to feel like I don’t care or that I’m too good for them or anyone.

Check out JTVION’s music on Spotify:

@Tell Me You Hate Me

How Jacarina Soto Is Disrupting The Reiki Industry