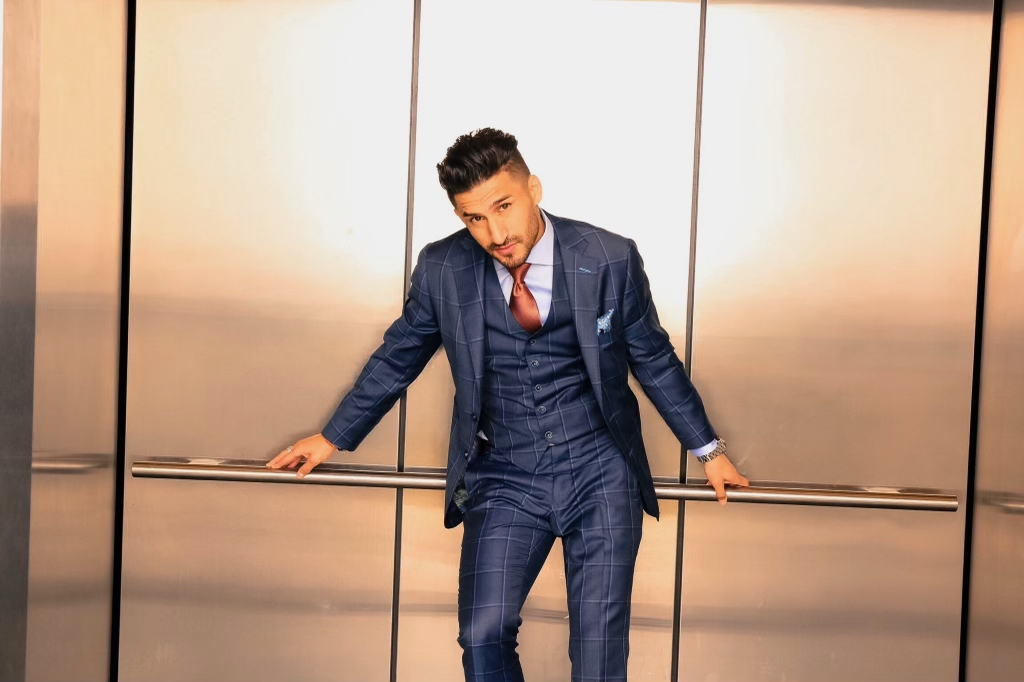 Andre Huseman made a name for himself in the boxing ring. He had a winning record in the amateurs, sparred high-level fighters, even champions, but he felt a calling for something else: business. He made his way into owning his own boxing gym, BoxHaus where he trains fun celebrities, professional athletes, to high-level executives and CEOs. For most people, that would be the pinnacle of success, but for Andre, he knew there was more in store for him.

That’s when he decided to sneak into board meetings of several different entrepreneurs and listen to their vernacular and soak up the topics of conversation. He would write down all the terms he didn’t understand and go home to Google or YouTube what they meant. He had a thirst for knowledge and grabbed ahold of anything that would further his dream of becoming an entrepreneur. “I had no business even doing business and no one in my family ever owned a company so had to get  information from someone!”

His first go with entrepreneurship was bitter. He started off by selling screen-printed T-shirts out of the back of his car, which didn’t make him any money. Then he tried to create a fitness app “the Uber of private training”, which he even raised money for, but the app failed to launch.  “I don’t have a trust fund, I don’t come from money, there’s no will left in my name. I have no other choice but to keep pushing”

Like any great entrepreneur, he kept going and made lessons out of his mistakes. That’s when he rolled into success with his boxing business, BoxHaus. BoxHaus has been a hit and really allowed Andre to grow his skills as a businessman, and business owner. It gave him the platform to connect with people and really develop deep, meaningful relationships, which he created a community around. He knew that he had something to share and wanted to give back to other hopeful entrepreneurs.

Andre loves to help out young entrepreneurs and give them advice, encouragement, and now, money. There are a lot of “business gurus” online that give advice without ever executing themselves. Andre makes a point to literally put his money where his mouth is and extend that helping hand whenever he can.

He’s built his career and cash flow up enough to afford the ability to invest in other companies. He currently has investments in three companies: TreeHaus (license cannabis dispensary), Seedless Hard Seltzer, and CREED (ammunition co).

He became an investor in these companies during the pandemic. While most of the country was panicking and saving money, Andre was investing in it. He knew that the pandemic created an opportunity to make a difference, which led him to giving these companies the boost they needed.

His second investment is Seedless, a wine-based seltzer based out of California that’s already seeing massive success. In their first week, they sold over 3,000 six-packs. Well months later they’re national roll-out came with over 5,000+ store locations across the country.

There’s also Creed, an ammo company based out of Utah that came across Andre’s desk. “A couple of things happened during the pandemic, a ton of people bought guns, and guess what guns require in order for them to work, ammo!“ Just after 7 months, Creed has been purchased and Andre is not looking back.

Andre took a chance on these companies as an angel investor, not knowing whether or not he’d see his money back. He’s never been one to be risk-averse and it’s allowing him to help other entrepreneurs see their dreams come true, and make a name for himself outside the boxing ring.

His journey from boxer to entrepreneur has been one filled with hard work, late nights, and failures- but he’s never lost his determination or spirit. Andre is going to keep going until he creates the legacy that his younger self set out to fulfill.

Enthralling people with his astounding success in the entrepreneurial world is Emery Holmes, aka MrBankzzzz.

“How Do I Succeed On Instagram?” Amaan A. Surani Is Here To Show You!