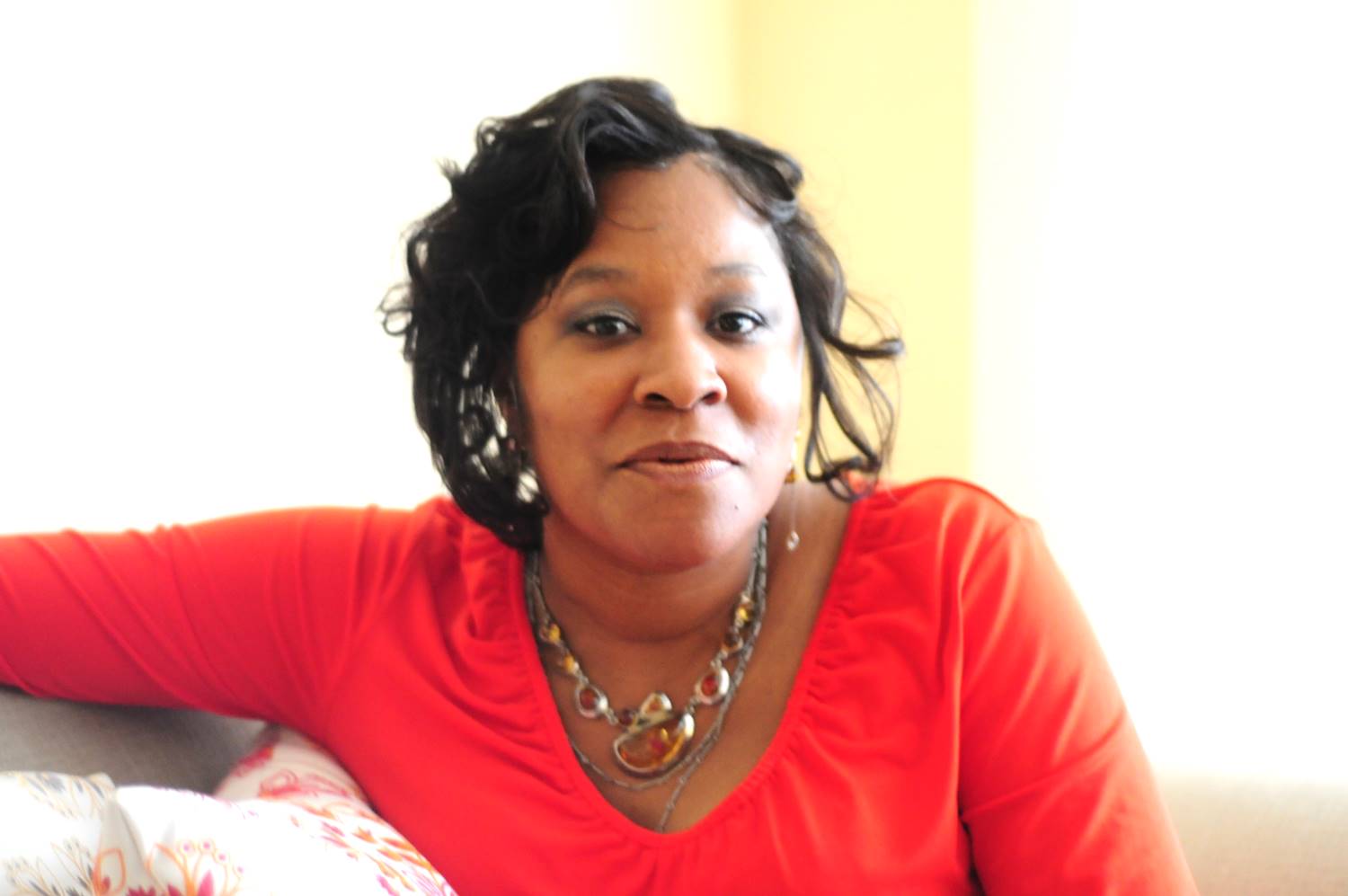 April Alisa Marquette is a seasoned writer who has garnered a strong following of readers from around the world. She has written books since she was a teenager and is passionate about creating stories that are exciting, inclusive, and real to life. While she has published almost a dozen books, she does not see herself slowing down anytime soon. Currently, she is looking to share her work with the world and encourage others to follow their dreams as well. Her story is nothing short of inspiring.

Marquette has always had a passion for writing. She first gained an appreciation for reading and writing at a young age from her mother. “She would read to us and make the different voices for different characters… it was engaging.” Her mother’s animated reading was the beginning of Marquette’s journey in literature. By the age of ten, she started to write her own stories and create her own characters. Although she enjoyed creating her stories, she didn’t realize that she was building for the future. In fact, every time she finished her story, she would throw it out! Over the next few years, she continued to grow her skills as a writer, but she never pursued it as a career. As she was completing highschool, she realized that a lot of “big” writers were not actually that good, but they were getting published and selling books!

As she started to take her writing more seriously, she started working on her first novel. Although she was growing as a writer, she still worked a full time job. “At the time, I was working as an office assistant for the Trump Organization (which is a whole story in itself!), but on the side I would write.” During this time, she would publish her first book, “Absolution.” A sultry story about romance, secrets, and betrayal, the book was not a best seller success story, but did manage to capture the attention of many – including her office manager who encouraged her to keep writing. “She loved my characters and told me that I needed to write a sequel for my first book.“ “I listened.” Her manager ended up being one of her biggest early encouragements. She kept pushing her to write more and Marquette ended up writing two more books to complete the trilogy.

While she certainly enjoyed the process of writing, it was also a time of self-discovery for her. Since she graduated high school, she found herself struggling to find her purpose. She knew she was expected to go to college, expected to get a normal job and make money, but she didn’t see that as a fulfilling path. Without a clear purpose and lack of direction, she turned to writing. “I found myself creating stories and characters based on what I saw and experienced in life.” Creating these stories was just the beginning of her finding herself. When she completed her first book manuscript, she turned to an agent to help her get published. My first agent was an older gentleman who said he loved my book, but his male ego would not let him go to a meeting and tell them that he laughed and cried over her book.” Following this shocking

admission, he advised her to find another female agent. She did. “This agent was good and aided in publishing my first book!” Although they worked well together, some legalities and other differences led Marquette to self-publishing. Since then, she has self-published almost a dozen books and has helped others through the self-publishing process as well.

What She Does Now

It has been several decades since Marquette published her first book and she is still going strong. Currently, she is working on seven more books that she would like to release in the next five years. She also spends a large amount of her time coaching, speaking, and helping other aspiring authors to “live out their dreams in a hectic world.”

April is an avid reader and writer who aspires to have her books be highlighted as best sellers on Amazon, Barnes and Noble, and the New York Times. If you are looking to learn more about April Alisa Marquette and her work, you can browse her portfolio. You can also view all of her published books on Amazon.

April Marquette, How a Lifelong Reader Broke Into Writing

Each of us have that hobby that at some point or another we have hoped would become our life’s work. April Alisa Marquette is a creative writer who has done just that. She grew up as an avid reader who loved creative writing and stories that were real to life and exciting. As an avid reader, she started to develop a strong knowledge of what kind of writing communicated what the reader was looking for. Since publishing her own novels, she has used this understanding of key writing elements to also coach and train other writers in how to write effectively.

From a young age, April didn’t see her path leading her in the direction of a college graduate who goes and finds a standard 9-5 job. She remembers reading books by “big” authors that weren’t actually that great and wondering why it was that they were selling well if they weren’t that great. This gave her the motivation that some day she too could be a published author and began writing stories and creating characters. Little did she know at the time that this was going to be her way of preparing for the many novels that she would publish as an adult. This ability to develop so much content at such a young age developed over the years into a skill that Marquette has not let go to waste.

While she did start out her career in an office working as an office assistant in the Trump Organization, she used what time she had on the side to write notes on her stories that she would eventually self-publish. She wanted something more from life than the job that she was working and found that writing was something that gave her a chance to do what she was best at: telling stories that people can connect with. After seeing how people liked her work and really connected with her characters, she began to write more and more material, eventually writing

her first novel “Absolution” into a trilogy. Even though she has enjoyed a lot of success, her career hasn’t been without its speed bumps. Along the way, she’s dealt with issues from a lack of direction at times while trying to find what to write on next an agent not wanting to talk positively about her books. She has self-published a large body of work and continues to work on new ideas every day. With seven novels in the works, she is making sure that she has plenty to keep herself busy, writing, speaking, and coaching to a generation of new writers who want to someday achieve the level of success that she has.

April is an avid reader and writer who aspires to have her books be highlighted as best sellers on Amazon, Barnes and Noble, and the New York Times. If you are looking to learn more about April Alisa Marquette and her work, you can browse her portfolio. You can also view all of her published books on Amazon.

Build a Profitable Funnel in 5 Steps

From Business In Small Town To Global Entrepreneurship, A Founder’s Story with Sergey Vart