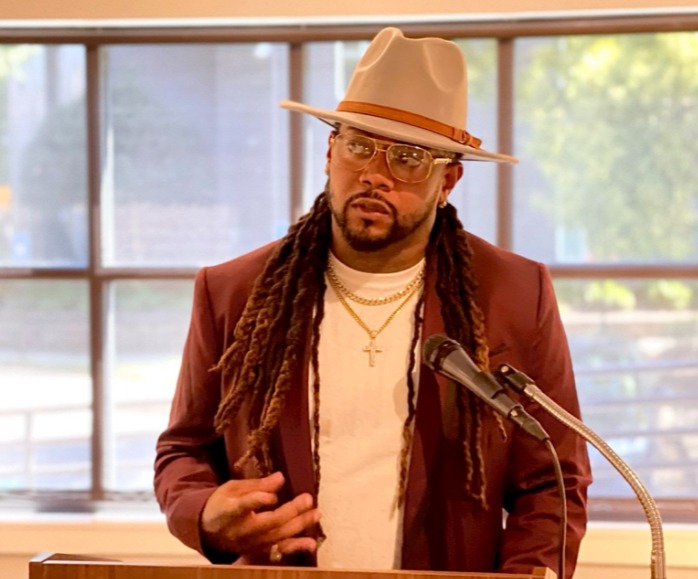 We were able to attend a conference in Atlanta with CeoGamble on this announcement.

“This is a huge opportunity for me and everyone apart of it, I’m excited to be apart of the camp led by Nevafailin and Spring Urban fest, we have had much success in the past with celebrity games and fundraisers for kids and give back events for people in need, so when asked to join this tour it was a no brainer for me. As I do plan on performing live at some of these show cases, I will be more focused on the networking aspect of this for my company.  (Black Hawk Management Group) Branding, management, and helping mentor young artists with the background I have in business management and being an artist is a game changer to what I bring to the industry. I’m super excited about this opportunity and grateful for Nevafailin and everyone I’ll be working with on this tour.

CeoGamble did comment on the release of new music from him and he has on track for an EP release early spring of 2022, this tour will end prior to the release and he doesn’t see any reason for delays.

For more information on the Fall Winter Fest Atl 2U Tour visit www.springurbanfest.com follow @ceogamble and @nevafailin on instagram.

Being Humble Has Uplifted My Career – InSu Says