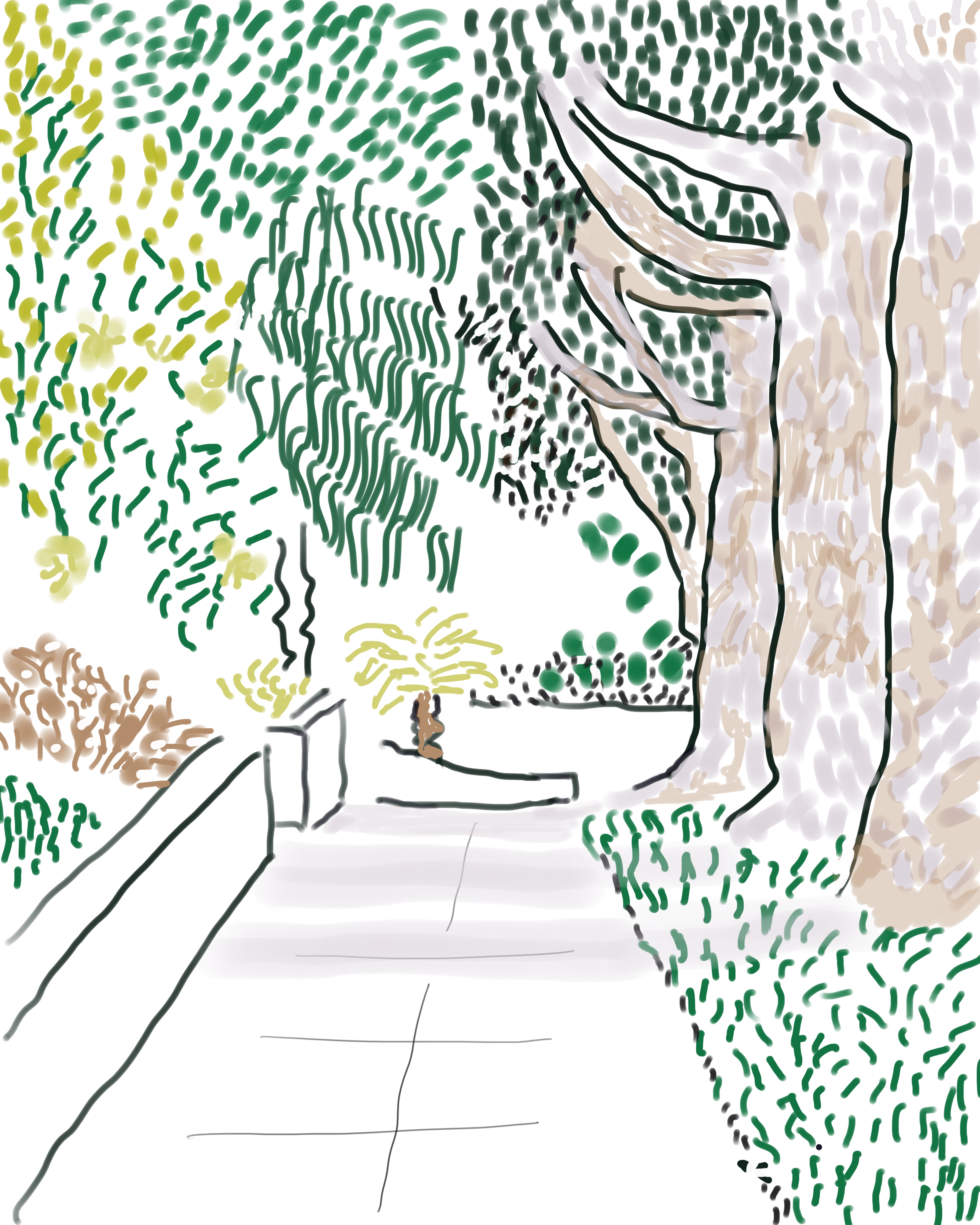 Great artists have the ability to reflect the social and psychological currents present in the culture in which they live.

So it was for Rembrandt when he captured the spirit of individualism in Renaissance Amsterdam; for Emil Nolde when he reflected the rise of National Socialism in Weimar Germany; and for Jackson Pollack when he caught the muscle and might of Post War America.

Today our attention is drawn to Deborah Blum, a painter living and working in Los Angeles. Blum has demonstrated a unique ability to capture the spirit of the city she knows very well.

According to Blum, “Los Angeles is my go-to subject. I was born and raised here, lived away for many years, and when I returned I began to see the city for what it is: a paradise with hills, winding roads, foliage, intersections, freeways, and architecture that represents the last hundred years.”

For the last two decades Blum has worked as a documentary writer-director, making shows for Discovery and the History Channel. Her first love, however, has always been painting, and she has managed to bring the skills that she learned behind the camera and in the editing room, into her art. Filmmaking has sharpened her eye for detail, and enabled her to focus on the emotions that characterize time and place. Lately she’s experimented in a new medium: Ipad drawings.

“An Ipad is exciting because it’s the most direct route from what I’m feeling to the blank canvas. The movement of the stylus across the screen is magical; it’s as though I’m just a conduit and the images are flowing through me.”

Blum’s digital files are reproduced as giclee prints on fine art paper, in limited editions, all signed by the artist.

The Los Angeles that Blum showcases is full of sun and shadows, replete with colors that express emotions, and shapes that change our understanding of the streets and topography of a city that we’ve transversed by car thousands of times. Her images catch the light and dark of a city where our wildest dreams can be realized, and just as easily demolished. Blum calls her latest collection L.A. NOIR after the Raymond Chandler detective stories of the 1930s, that branded Los Angeles as a city of dark secrets.

For an introduction to L.A. NOIR visit Deborah Blum’s website at blumgallery.com.  There is an unmistakable mystery to her work that will capture your attention, and will hold it.

Related Topics:ArtistDeborah Blum
Up Next

Adam Jablin Started The Hero Project And Is Leading People To Recovery, But Also Success In Their Lives. Learn More Below