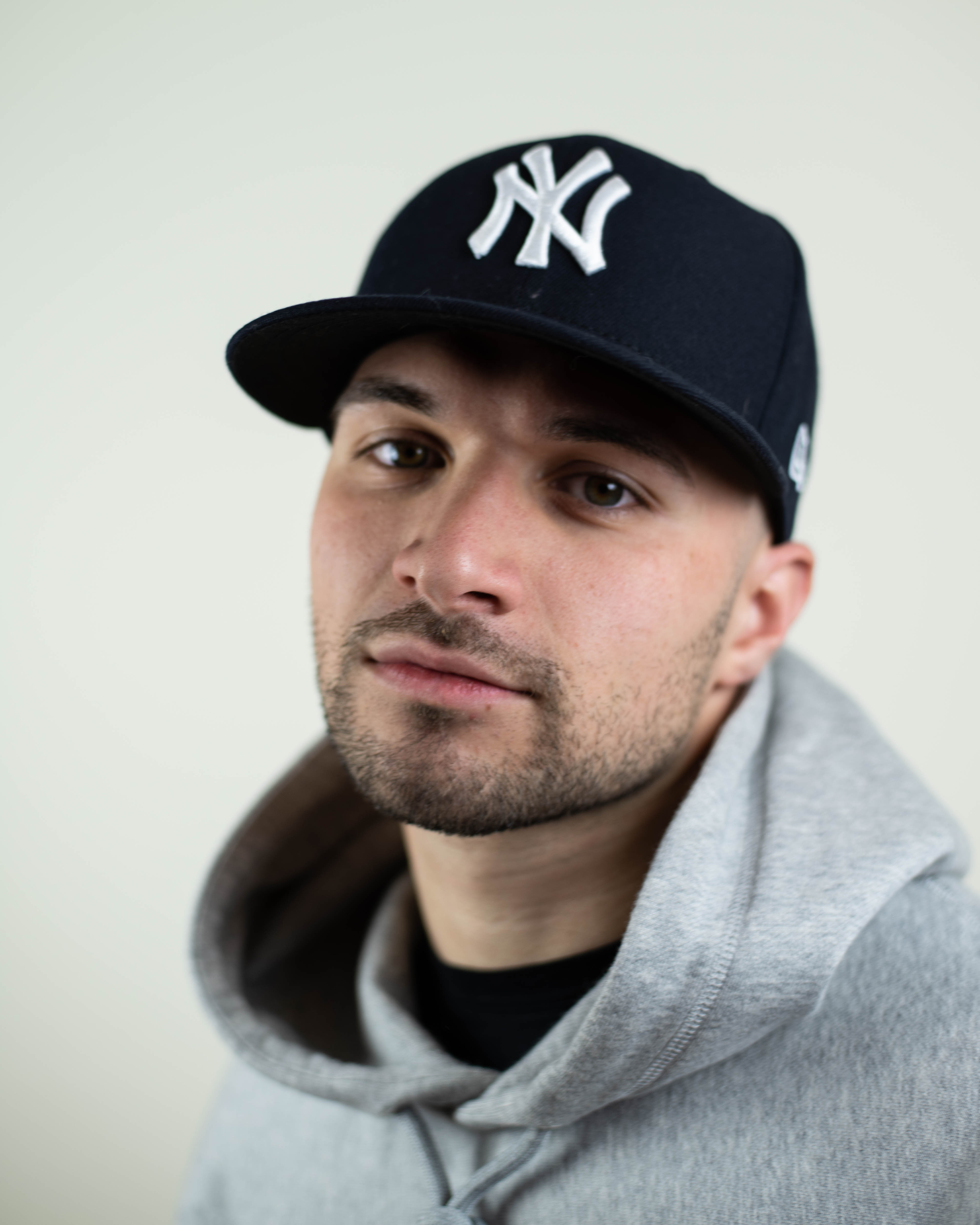 P Double, tell us a little more about how you first got into music!

My introduction to music was a lot different than most.

I got my start in the commercial dance world at a young age and was immediately surrounded by music day in and day out.

I was afforded the opportunity to travel and showcase my talents on different platforms across the nation and the stage quickly became a place of comfort and serenity for me.

It was an escape, and an expression of self I had yet to find anywhere else.

Channeling the words and the energy of the music through the art of movement was something that came easy to me, it brought me into alignment with who I was at the time and who I’d later work towards becoming.

I was blessed to be able to experience performing for all types of crowds, ranging from 50 people at backyard events to 15,000 people in professional sports arenas.

Looking back now I realize that every time I stepped foot on those stages it was preparation for what was to come.

My future as a world class entertainer was no longer an unobtainable fantasy.

I was gaining experience and building confidence while beginning to envision my destiny.

Once I hit adolescence, I began to develop and embrace my inner creator and music was my muse, particularly the production side.

I was obsessed with obtaining the newest, most popular gear, sourcing professional sound packs, and started curating the musical arrangements used for my dance performances.

I became a real student of the game.

My years of dancing, studying our performances and analyzing crowd response led me to develop an ear for what “worked” and I was eager to try to produce something of my own.

I fell in love with the creative process.

I realized then that a career as a dancer would have been a safe and relatively easy route to take but my ambition to grow as an artist myself was not easy to ignore.

I’ve always held myself to high standards and have never been afraid to take risks to better myself as a person and achieve my goals in life.

Thankfully, the people I had around me at that time were open minded and supported me in my decision to pursue music full time.

My first song was released through iTunes in the year 2009 and truthfully, it has been a rollercoaster ride ever since.

From MySpace to Soundcloud to Spotify, and everything in between, my peers and I have had to navigate the rapid evolution of the music industry, specifically the shift from physical to digital releases.

We’ve had to do this on our own and naturally, this has led to a move away from reliance on record labels to “break us.”

I take great pride in being able to say that any and all success that I have had as an artist to this point has been done independently.

I have always had a progressive business mind and entrepreneurial ambition.

The only missing piece of the puzzle was the knowledge and full appreciation of the art form I was taking part in.

To that point I was making music for fun, routinely drowned in autotune to mimic the popular sound during the time and it lacked the substance that was obviously present within the work of the greats.

I had to learn.

So I went back to school.

After graduating high school, I enrolled in the oldest audio recording and production program on the planet at the Institute of Audio Research in New York City.

This was where my life would, unbeknownst to me, change forever.

I met my, now partner and Co Founder of Kingsroad Entertainment — Full Effect.

His extensive knowledge in hip hop and the art form blew my mind instantly.

He’s the only person I’ve had invest their time and effort into my development as an artist and a person.

He opened my mind about the history of the genre, songwriting, syllable rhyming, double entendres, and storytelling.

I don’t think either of us thought at the time that 8 years later we’d be business partners and taking over the world together record by record, but make no mistake, that is precisely what is happening.

We’ve invested so much into this, I owe it to him and myself, at a bare minimum, to keep going no matter what is thrown at us.

I will never quit.

So here we are — 11 projects and over 300 installments to the P Double catalog in, buzzing locally with the new single called Paid — produced by Cxdy out now on all digital streaming platforms.

I’m grateful for everyone who has been streaming it thus far and I hope it continues to connect with people, taking on a life of its own.

Hope you guys enjoy the song and all the new music Kingsroad has to offer this year.

What does your creative process look like when it comes to writing songs?

The actual process of creating music is still one of the most intriguing aspects of this journey.

It’s never quite the same and it’s ever evolving.

I’m not an artist that goes into the studio, freestyles over beats, and walks away with 10 songs in a session.

I really spend a lot of time with my pen, my thoughts, my message, character development, etc.

Don’t get me wrong, I’ve definitely had songs come to me in minutes time, but for the most part, I really take my time with it.

Some days I may have things weighing on me and the direction is already laid out, some I may let the music speak to me, some I might start by humming nonsense, and other days nothing special happens at all.

I pride myself on showing up and accepting the challenge as consistently as possible.

When I’m creating, my main focus is always finding my truth in that present moment.

No matter what I’m feeling, it’s about capturing those emotions in the most pure or vulnerable form without losing any color in the translation of verbalizing them.

I jot everything down in my notes on my phone.

My ear hustle is crazy.

Some one could say something right now that could lend itself to be a song.

My job is to be ready to catch the inspiration when it’s in front of me and not let it elusively fly over my head.

On a personal note, since I’ve made the transition from a dancer, I feel as though I still channel that gift to this day.

A lot of my flows, pockets, and cadences on record feel very similar to that.

Instead of dancing to the song, it’s almost like I’m dancing on the song now.

What would you say to any aspiring artists who look up to your work?

This can be applied to more than one aspect of life, but I always tell aspiring artists to do a ton of reflecting, dissecting, and connecting to self.

Being familiar with who you are, comfortable in your own skin, and knowing your strengths and weaknesses will be a far greater asset to you than anything.

Sprinkle unshakable confidence and a will to work hard with patience on top and you have a recipe for success.

Your thoughts are things.

What you believe you will achieve.

The world needs your art.

You’re literally filling a void no one else can fill.

There is only one of you.

No one else can do what you do.

As of right now we have a couple of major moments lined up this year for Kingsroad as an entity beyond just myself as an artist.

I’m not giving y’all any specifics yet but there’s a ton of new music, content, visuals, and merch coming for sure.

What I will say though, because I know the people are eager to find out, there is a new album on the way.

And I’m hype to step into this new chapter with y’all.

Thanks To Foxdesi.com, Football Fans Have A Cool New Community