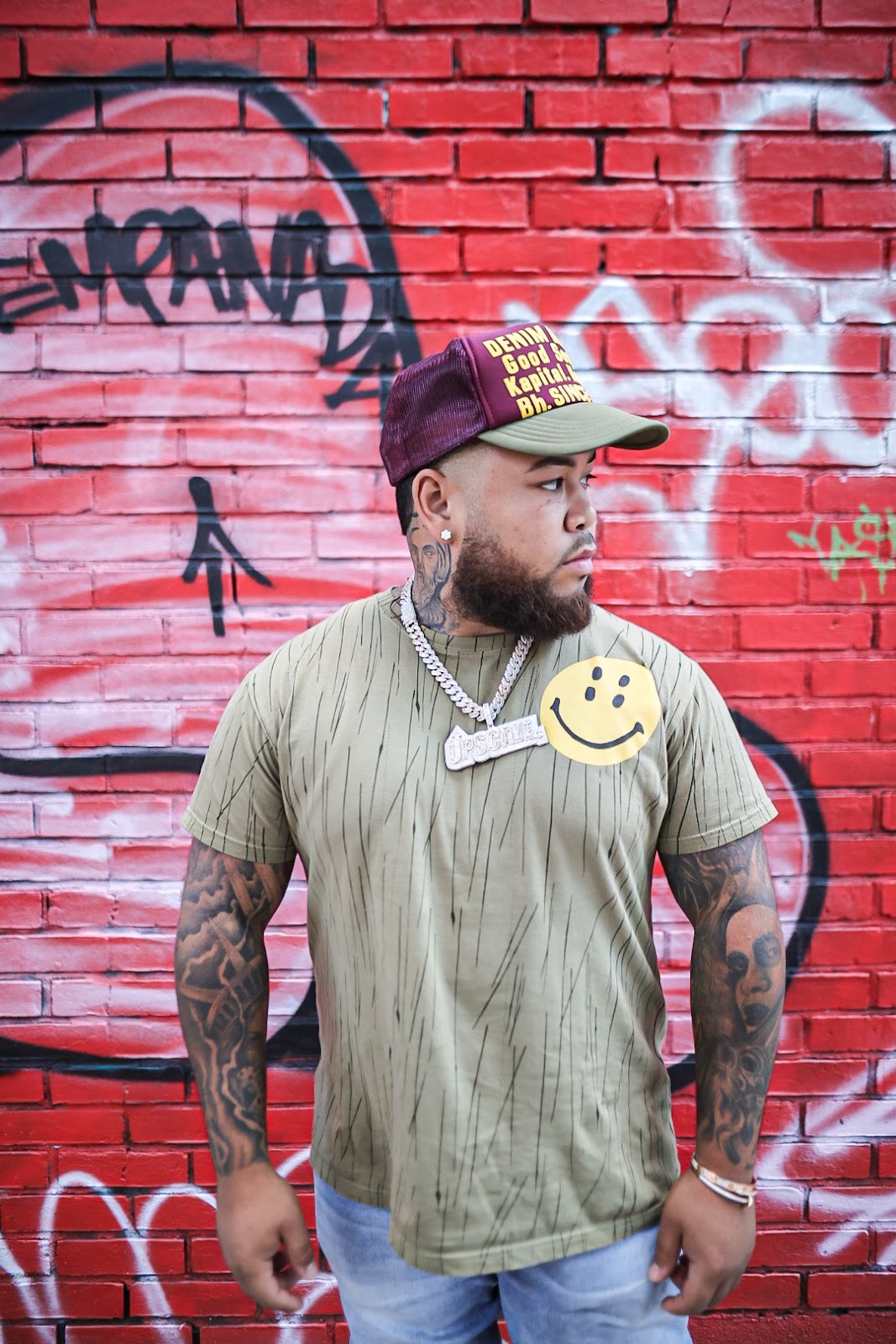 New artist on the scene Upscale Cracc is one to watch as he continues to explore his new career endeavor as a musician. Born Javier Osorio-Mejia in Brooklyn, New York, Upscale grew up going back and forth between New York and New Jersey, embracing his Dominican roots along the way.

Having built up a large platform as a well-known sneaker connoisseur, Upscale is now taking his talents and business acumen to the studio. Having worked in and around the entertainment space for over a decade now, Upscale has been able to learn from the best and pick up tips from top players today.

Knowing what it takes to reach the top, Upscale is aware of some of his qualities that set him apart from the rest. At first, he recalls being unsure of himself and if others would like what he was putting out, but he eventually conquered these thoughts as he grew his credibility and began to receive positive feedback. He states:

“I’m just someone who is very easy to get along with. I get the job done.”

Understanding how tough and impossible it would be to make it all on your own, Upscale stresses the importance of surrounding yourself with a good crew and building up a solid team around you. He notes that you have to always believe in yourself, and overall just do good business.

Valuing people and relationships over material goods, Upscale knows this is a major reason why he’s been able to be so successful thus far. When asked about how he deals with the stress and burnout that is common in the entertainment industry, he states that he just buckles down and deals with it. Upscale notes:

“I came from the bottom so I’m used to being tired and just grinding for what’s mine.”

Discovering himself as a musician and running a successful business at the same time is no easy feat, but Upscale maneuvers his career like a seasoned pro and knows how to handle his business in a strict manner that provides a high-quality experience for all. To date, he has been featured in a Financial Times documentary, Complex, HypeBeast, Jimmy Jazz, Footlocker, and various other outlets.

In the coming year, Upscale has exciting plans on both sides of the mic that his audience won’t want to miss. He continues to hit career milestones left and right, and shows no signs of slowing down anytime soon. You can hear more from Upscale and stay up-to-date with his latest projects by checking out the following links:

DJ Tygga Ty is Taking his Share of the Music Industry