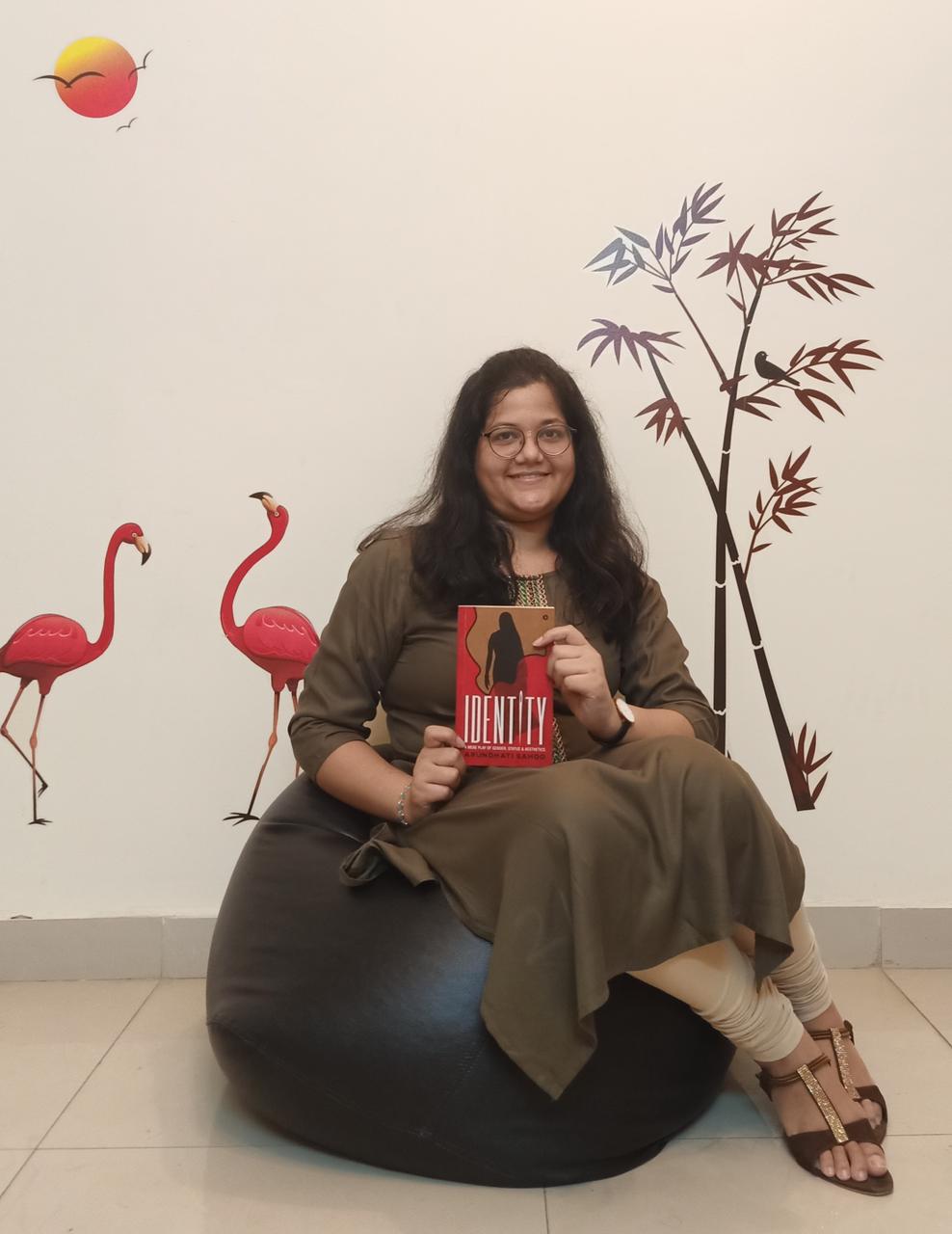 Arundhati is a management professional by the day, vivid reader by the evening and a crazy writer by the night. Hailing from the state of Odisha, she is extremely close to culture and analyses the society in her own rebellious ways. She believes a writer is the one who not only portrays what the society has in store but also shows hope, a bit of love and a lot more self-introspection to her readers while they will have something to take back once they put down the book.

Between a book that can’t be kept down and a book that you will re-read while reading just to relish it one more time; she will always choose the later and aspires to be a writer who gives such paragraphs amid books and such hope at the end of every chapter while opining on the darkest and most hidden corners of our heart.

About the Book / Review of the book –

Identity: A Mere Play of Gender, Status and Aesthetics is her debut in novel, which speaks of two protagonists and their journey to finding out who they really are and what they want to do. One of them is Sane, who is a eunuch and because of his gender gets barred from language while society comes second to that. Whether he gets dejected with the criticism that he gets or in turn becomes a rebellious goon or a eunuch of many words and accomplishments is something that the book rests upon. He is accompanied by Sunny, who is a prostitute and gets barred from her brothel as she attains an age old enough to satiate the needs of her job. A world of criticism coupled with unique challenges along with a bond of platonic love they march ahead to introspect and search their identity!

Her first book is a poetry named :The Liberating Fetters’, which speaks of the bonds that liberate more than binding us, the thoughts of a young girl while she embarks on a journey of loneliness because of working parents and lets her thoughts set her free. She is confused yet learning in her questions to the world she is gradually growing!

She is currently writing a book on death, the relationship between parents and children and the differences between the man and the woman of the house! More to unfold while the book comes up.

Related Topics:Arundhati Sahoo
Up Next

Mrwalkinlick Creates His Own Space In Rap Music With His Singles

Providing All Needed Services In One Virtual Location, A. Donahue Baker Created Money Avenue For People Who Want To Build Generational Wealth

A serial entrepreneur and branding specialist. He also serves as a real estate investor and business consultant. He presently serves as the owner of The Brand Castle - Specialist in Search Engine Optimization (SEO), Web Design & Development and more.