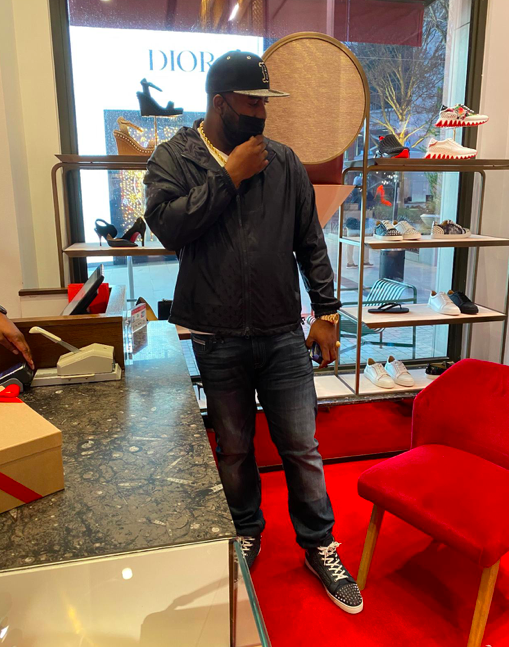 After struggling hard for years together, rap artist Mrwalkinlick today has made it brilliantly making his presence felt in the music world. He was deeply involved in developing his style in music for 14 long years.

Born in Miami of Florida in the USA, Mrwalkinlick is popularly known as KING or K.I in the world of rap and hip-hop music. An African-American rapper, his single “Splashing On Purpose” became massively popular immediately after its release in 2019.

It catapulted his name in the musical world, and he also came into the limelight. It is because “Splashing On Purpose” was considered an exceptional composition. This number continues to rule the internet, even today.

The CEO of the record label Stack Money Entertainment, Mrwalkinlick, now has made a vast fan-base in Nigeria. He is a popular figure with different Nigerian television stations, including MTV Base Africa, Sound City Africa, Planet Tv Radio, HipTV, and TraceTV.

Mrwalkinlick is now working actively to make a robust presence in the music industry of Nigeria.

Drawn to rap music since childhood, Mrwalkinlick learned music at an early age attending several schools. He released “Hustlin”, the remix version of Rick Ross’ song, and another one titled “Dream” in 2006.

At that time, he was studying at The Miami High School. The students liked ‘Hustlin’, and it brought him his initial success in rap music.

A musical genius and an exceptionally talented rapper, Mrwalkinlick follows his unique style that appeals to the people, particularly the youth. It is the youth who made him an internet sensation.

Mrwalkinlick recently released his autobiographical-sort of a book titled “Hustle Hard to Beat the Odds”. In this book, we can get the actual life-saga of this rapper. The book became an instant hit post its release.

He sketched his life, telling us how he reached the apex of success in the music world. After reading this book, we know that he rose from a street hustler to a talented musician. It is virtually a rag to riches story.

The memoir “Hustle Hard to Beat the Odds”, released on June 16, 2020, really can act as an inspiration to hundreds of other artists who want to make it big in the world of rap music like Mrwalkinlick.

The book helps us in regaining the much-needed inspiration to achieve success amidst so many odds.

For Information on all the businesses: https://www.mrwalkinlick.com/