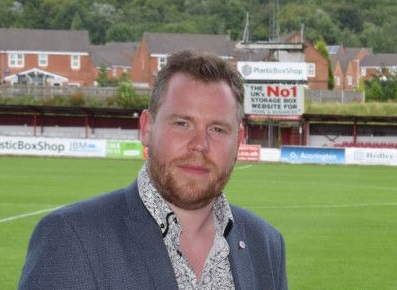 We’ve reviewed the stats and the USA always fall short, consistently under achieving when it comes to world football. Is this the best it will ever get for US Soccer? With an extensive multi-national player selection and high number of soccer programs, there has been some improvements over the years in the way the US have approached the game, but it isn’t enough. The US are nowhere near the international powerhouse we need it to be.

How many English football clubs are there?

“It’s not only the four professional leagues in England, beneath those there is a massive ladder of leagues, devolving into small regional divisions in which teams of semi-professionals and amateurs play. In total there are more than forty thousand UK association football clubs.”

How many of the World’s biggest clubs take part in the top English league?

“Today England’s top domestic league, the Premier League, is one of the most popular and richest sports leagues in the world, with six of the ten richest football clubs in the world as of 2019.”

Who influences the interest in English football?

“English Football is all-pervasive in England. It lives throughout society and there is simply no escaping it. Culturally, it influences everyone, even those who don’t like football. Professional clubs enroll in community projects, as well as schools and teenagers are encouraged to play football and even coach football, leading to a more positive environment whilst reducing crime.”

Could the top US league, MLS ever rival the Premier League?

“Yes I’d love America to have their own major world soccer force and nationally it has already achieved so much. MLS Commissioner Don Garber has done an excellent job building the league up and with the support of a new television deal next year I can see soccer kicking on.”

How does Soccer expand faster?

“The community roots of the game need to grow substantially and flourish over the coming decade before American soccer can ever hope to permanently increase in popularity, However I fear the sheer size of the country will be a challenge, even if it grows and develops in the professional leagues, which isn’t to say that millions of people won’t continue to love and support the game, like with the growing MLS franchises.”

Can the US learn more from English football?

“Yes but I would also say the MLS is more than twenty years behind the Premier League in England however I understand clubs following the blueprint mapped out in English clubs USA soccer will be in a great place if they follow this trend.”

“For the US, this isn’t just about playing soccer, it’s about watching soccer at all levels discussing it every day of the week, having it dissected and analysed by the press and media extensively. Soccer culture is unrelenting. It’s a restless, ever-changing monster that needs feeding on an hourly basis.”

More on soccer at Disrupt Magazine

Andrew Cordle, Better Known As AC, Was Hit Hard By The 2008 Recession, But Conquered Those Obstacles To Become An Expert In The World Of Personal Brands And A Successful Entrepreneur