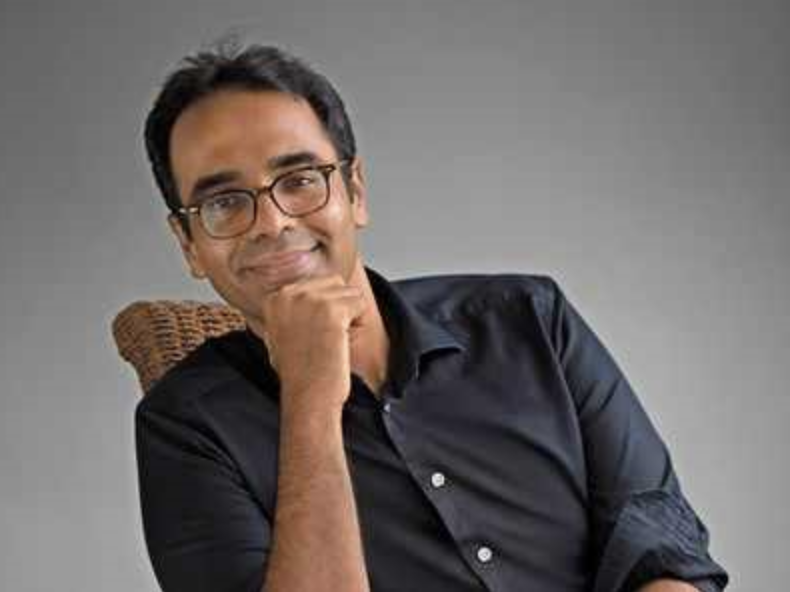 Karan Bajaj knows teaching children is essential for the future, especially when it comes to coding.

As the Founder of Whitehat Jr., a coding education startup for children, Bajaj looks to help people from around the world improve society as they grow.

But his focus has not always been on programming education. In fact, Karan Bajaj has an extensive and impressive background as author and entrepreneur, with his passion for creation both still going strong.

In 2008, Bajaj was fresh out of school with an undergraduate degree in mechanical engineering and a masters in business administration. He soon climbed the corporate ladder, starting at Procter & Gamble and continuing that progress at the Boston Consulting Group.

But despite burying himself in work, Bajaj found time to backpack through Eastern Europe and across South America.

And throughout this journey, Bajaj even found inspiration to write “Keep Off the Grass,” the very first novel of his writing career.

A Pivot Back to Corporate Leadership

Bajaj’s career soon pivoted slightly back to corporate leadership, as he became the Marketing Director and P&L Leader at Kraft Foods.

While on sabbatical, he never stopped working, mastering the art of yoga and meditation, even teaching them to other people. Once he returned, he climbed up the Kraft marketing ladder.

Karan Bajaj worked at Kraft until 2014, when he felt his job was no longer for him. The consumerism seemed too much, and he felt disconnected.

For Bajaj, corporate life was becoming another paycheck, which is what he never saw himself wanting to do with his career.

So, in 2014, Bajaj decided to become a full-time writer and spiritual seeker. Two years later, he returned to the corporate world as CEO of Discovery Networks India.

But, it did not last long.

The Beginning of Whitehat Jr. and Edtech Innovation

Bajaj had given the corporate world another shot, only to realize he just didn’t fit in. And after two years, he left Discovery Networks behind.

Based in Mumbai, Karan Bajaj and WhiteHat Jr. aim to teach children the art, science, and potential of computer programming. The inspiration came after Bajaj learned about the Industrial Revolution and the ways in which mathematics is taught in school.

Bajaj realized that even though tech plays a part in today’s society, no one is really teaching kids about coding, at least in an effective or inspirational way.

From kindergarten-level courses all the way to more advanced teenage-level programming curriculums, WhiteHat Jr. aims to put the fun in programming, helping kids learn and create games and animations that are market-ready.

To succeed in the Whitehat curriculum, children don’t need to have interest in IT or specific coding qualifications. This is because of Bajaj’s belief that no matter where you’re from, learning how to code is essential.

One way WhiteHat Jr. works to teach students is through personalized sessions. Instead of one teacher teaching dozens, each student gets their own dedicated coding instructor.

Currently, there are over 11,000 instructors teaching programming within the Whitehat Jr. curriculum.

What’s more: all of them are women!

Bajaj’s dislike of robot-like consumerism is baked into WhiteHat Jr.’s philosophy. In that sense, WhiteHat Jr. is designed to teach the youth to create rather than to consume.

Bajaj believes every student has the potential to unleash their inner creativity. All it takes is the right approach.

Praise and Growth for Whitehart Jr.

The reception for WhiteHat Jr. has been largely positive from Indian parents. As a matter of fact, WhiteHat Jr. has achieved so much acclaim that it soon expanded beyond India to provide coding tech offerings on the international stage.

In 2020, BYJU, an ed-tech leader in India, purchased WhiteHat Jr. The price? BYJU acquired Whitehat Jr. for the stunning price of $300 million!

But despite this recent acquisition, WhiteHat Jr.’s vision remains largely unchanged. And recently, the Whitehat team added even more classes to its edtech repertoire.

Karan Bajaj’s story is one of innovation and continued inspiration, with each adventure seemingly more successful than the last.

But like anyone else, Bajaj has occasionally experienced adversity, facing significant challenges that tested his perseverance, resolve and will to take the next step.

Recently, Bajaj described these bumps in the road as just a part of life, where a person would have their ups and downs. Bajaj goes on to describe his life as “messy, glorious,” and “always work-in-progress.”

Despite the romanticization of sleepless nights, Bajaj combines sleep,meditation and spirituality to keep his mind clear and his focus on what’s important. Healthy living is one part of his learning process, and it’s also the appeal of WhiteHat Jr., which teaches kids without information overload or exhaustion.

Related Topics:Karan Bajaj
Up Next

The Future of Real Estate is Virtual Through Guided Virtual Tours