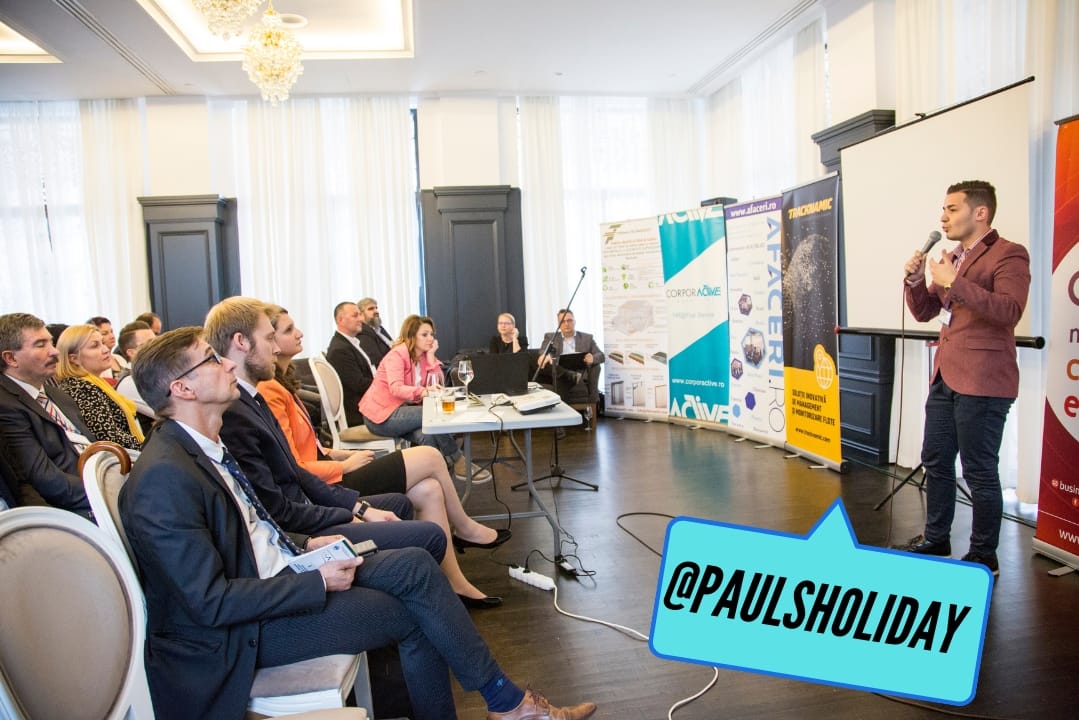 We’ve all seen successful people in our lives, but with the current growth of social media, they appear more and more often on our screens. We are now at a level where we know so many details about the people that we look up to. But knowing every single detail from their personal life and being accustomed to their preferences doesn’t necessarily mean we know what was key to their success. Oftentimes successful people are hesitant to share their path and the way they approached life.

Author Paul Preda Voicu believes that it’s somehow ironic that people that ask for our attention and basically make a living out of views, likes, and tv shows don’t share more of what made them successful with the people that support them. Paul talks about how he turned the study of success into a passion but whenever he dug deeper certain barriers appeared. “People are actually afraid of sharing success recipes,” says writer Paul Voicu. The man that shared every single one of his 80 travel experiences on his Instagram @paulsholiday talks openly about his soon-to-be-released book “5 Elite life moves to achieve financial and location independence “.

“It’s all in the book! No curtains, secrets or shenanigans ” says author Paul Preda Voicu. The writer thinks that the first step everyone should start with is “Mastering their context”, which is an actual chapter that covers the fundamentals of making quality life decisions. In his opinion elite life moves can be made only by elite players, knowing what move to make next is basically a result of having a deep understanding of your environment, it all starts there. His book also covers essential tactics to choose your battles in life. Paul encourages people to pick their battles wisely and also understands that sometimes personal ambitions or “dreams” have to be postponed or sustained by every-day hard and unpleasant work.

The book covers the reasons why picking your life battles is a forgotten art that is essential for personal development. He believes that too many people pick the wrong battles at the wrong time in their life and end-up carrying the burden of their decisions for generations.

The author’s philosophy is beyond typical conversations about time or money. “Oftentimes I hear individuals talking about the chemistry between time and money, yet I don’t hear people talking about energy! I wrote this book while also traveling and managing both my personal page @paulsholiday and helping a client in the e-commerce arena”. The author considers that a state of flow coupled with elite energy levels is above time and money.

More of his somehow unorthodox methods and beliefs are covered in what’s promised to be a life-changing book that will be released in late March 2021. Meanwhile, if you would like to learn more about what made Paul Voicu so successful you can reach out to @paulsholiday and he promises not to keep any secrets from you!

Related Topics:Paul Preda Voicu
Up Next