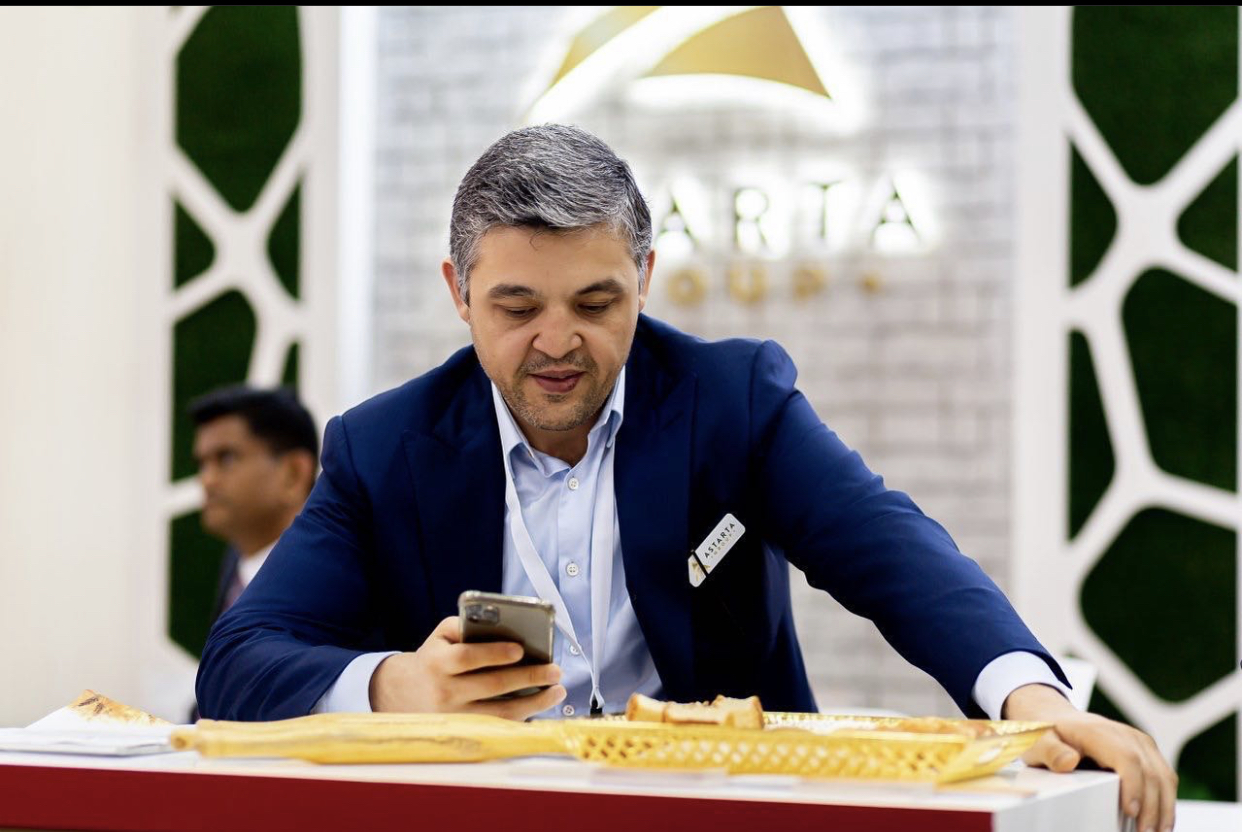 An experienced manager, businessman, influencer and blogger – today he heads a large flour mill in the Emirate of Sharjah

He was born and raised in Uzbekistan, in the city of Tashkent. For him, it all started here. Aziz received two higher educations: technical and legal, took the first steps and achieved success in business. Gained managerial skills and experience: held the post of CEO in large companies and owned a chain of stores. He really loves this city and tries to be there as often as possible, because here is his home & family. He owes all his merits to what he gained in Tashkent.

His move to Dubai took place in 2011. Aziz was invited to lead the construction and launch of a large flour mill. The founders of the company were very dissatisfied with the existing management team, because all the deadlines for the project were decently expired. He was asked to recruit his team to restart all the work. Without a doubt, he accepted the offer. First of all, he liked the country itself. And secondly, he had managerial experience, and he felt that he would cope with the tasks. Initially, there were many difficulties: lack of knowledge of the language, the intricacies of local legislation, the characteristics of culture and mentality. But he managed to assemble and rally a very strong team and bring this project to the finish line.

A good manager should clearly understand and imagine what he is doing, think strategically, be able to take full responsibility and be stress-resistant. Human qualities, such as honesty and decency are also important. Proper business relationships should be clean and frank without a single hint of deception.

A person should run a business with a pure mind and heart, in which experience, desire, love for his work, and self-confidence are perfectly harmonized. Of course, you can’t stop there: to keep up with the times, you need to develop, monitor market trends, read the right literature. Today it is straightforward to get access to the necessary information; the main thing is your desire and motivation.

Aziz is sure that the success of the company depends on a workable and close-knit team. The company employs representatives of more than 6 different nationalities, and he pays special attention to ensuring that the team always has a healthy atmosphere. He often organizes various teambuilding, collects football teams – this combines business with pleasure; arranges open meetings at which problems and questions are raised and try to solve them. Aziz claims that it is imperative that each employee is involved in the work process and feels his importance to the company.

At the stages of the formation of the company, his role resembled of a father for everyone. He was constantly present at all sections and fronts of work, supervised and instructed the staff. Now, when all the processes have already been established and production has been put on stream, he moved away from the operating part and took the observing position of “grandfather”, who can help with advice during meetings with top managers.

Today, Aziz is the CEO of this company. In short, this is a large enterprise that produces all types of wheat flour, bran and semolina. Production focuses primarily on the Arab and Indian markets.

This factory produces normal flour, as well as traditional stone grinded Indian chapati flour, which is called atta. Looking at the progress that they have now, we can confidently say that Aziz managed to create a successful, competitive company that is gaining momentum every day.

In Dubai, Aziz lives with his wife and three children. The time that he spends with his family is invaluable to him and he takes a very responsible approach to the issue of scheduling his time in order to clearly divide the time between work and family. This is a very important balance for him, which he tries not to disturb. At work, Aziz does not talk about family, but at home – about work.

The main motivation for Aziz is his family, big and strong in spirit. Spouse and children, parents and brothers – their love gives him strength and self-confidence and helps him overcome obstacles to his goals.

Want To Reach Your First $10,000 Month? Avoid These Three Biggest Mistakes That Keep You Stuck In Your Business