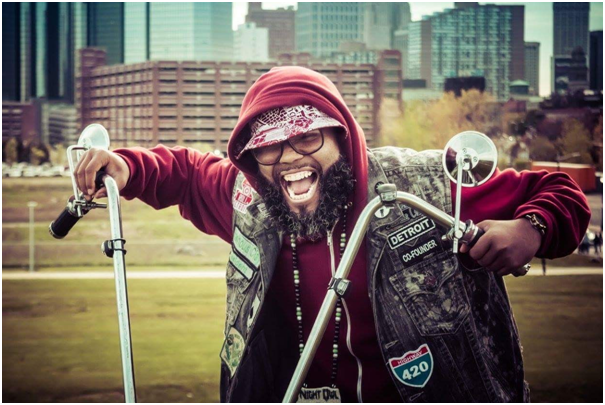 Paradoxically, Burgeoning from the West side of Detroit hailing from Hollywood, CA., Rapper Hashous Clay was resurrected on 4/20/2013 at 3:07am in Stockton, CA.

Clay endured a massive heart attack succumbing to cardiac arrest  10 times. While recovering, one year later to the date the prodigy had a stroke that severely damaged the right side of his brain and ameliorated his genius forever.

Mind Bogglingly, through riding a bicycle, Hashous Clay taught himself to write and perform again.

Since the beginning of his career, Clay harnessed his skill by performing and battling throughout the city. His talent gained the attention of the late Big Proof which led to a deal from “Iron Fist Records” before Big Proof’s Untimely demise.

A couple of months later, the masterful Hashous Clay moved to Arizona where Wu Tang Clan’s Cappadonna caught wind of Hashous Clay at a studio in Phoenix. This ultimately led to two features on  Cappadonna’s classic album titled “The Pillage 2”.

His ingenuity has been resurrected through his adept rap skills and he is back in 2022 with his latest album “Fonkin up traffic”.

“Fonkin Up Traffic” as Hash himself delineates is him  riding 25 miles exorcising his demons. It is the soundtrack to wellness, triumph, and surviving. All you need is a bike and you too can Fonk Up Traffic.

Take control of your mind, body, and soul, with “Fonkin Up Traffic”.

Achieve Deeper connections with 1 to 10 and Then