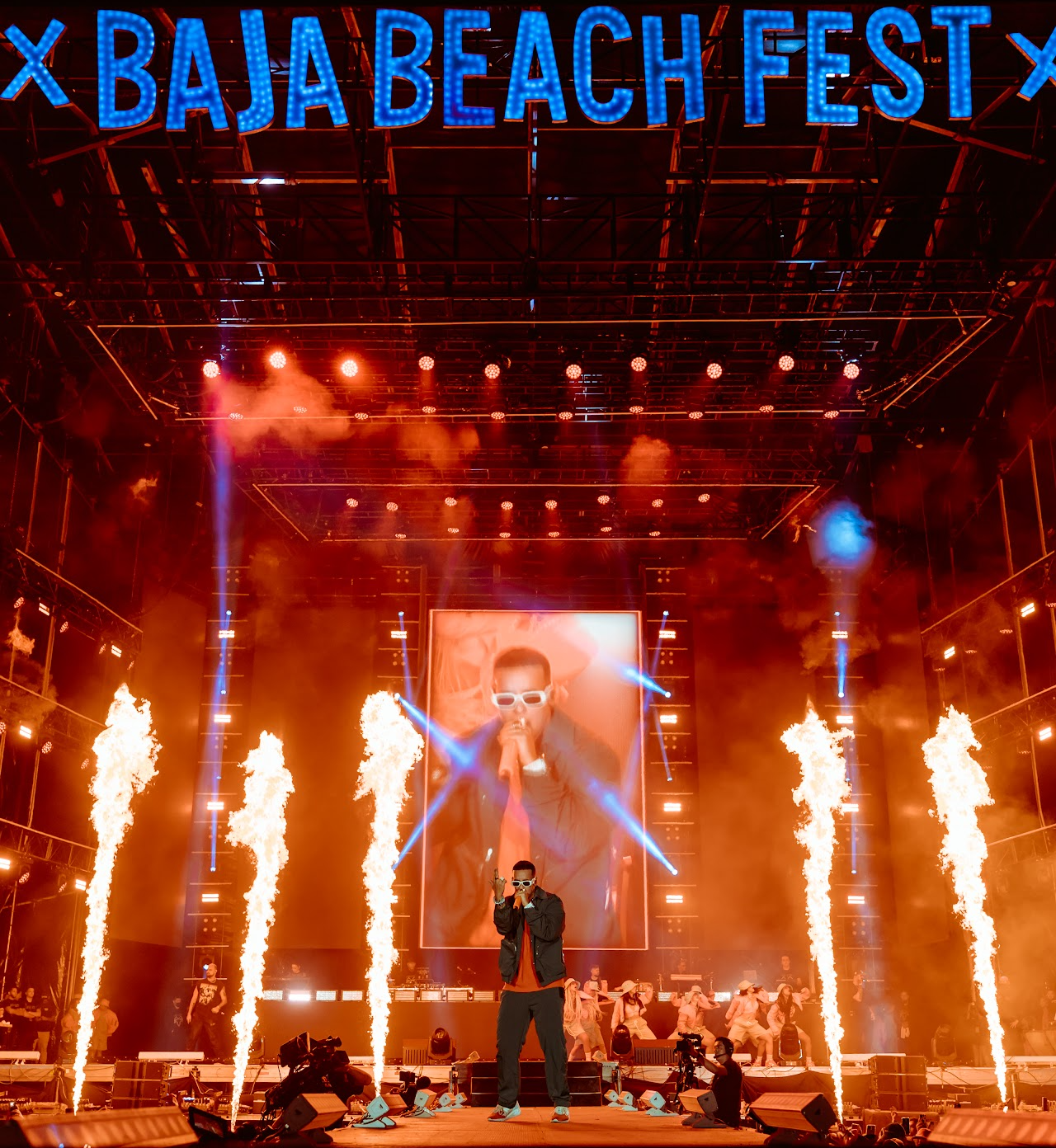 Baja Beach Fest kicked off its fourth annual festival in Rosarito, Mexico this past weekend with an amazing lineup of some of the hottest Latin talents. Celebrities, influencers, and fans from all over the world arrived to celebrate Latin culture and music at what is now known as the #1 Latin music festival in the world. Along with its list of amazing headliners, Baja Beach Fest added to the experience with art installations, glam stations, games, and attractions including a Ferris Wheel and roller rink. Proceeds collected from attractions helped fund Rosarito’s community and educational initiatives.

Saturday’s highlights included Chencho Corleone singing “Me Porto Bonita,” Junior H performing “Me Gusta Lo Malo,” and Sech bringing the action with his song “Otto Trago.” Wisin y Yandel, one of the main headliners of the night, sang “Anoche,” in one of their last performances as a duo. The duo also invited Jhay Cortez to sing their hit song “Fiel” in a surprise performance for the audience.

To end the first weekend, Baja Beach Fest concluded with strong performances from Maluma who brought out Groupe Firme’s Eduin Caz as a special guest to perform “Supérame.” Daddy Yankee, who is currently on his retirement tour with Baja Beach Fest being his one and only festival stop, closed off the night with “Legendaddy.”

With talented performers and amazing attractions, Baja Beach Fest no doubt created a great festival experience for attendees, attracting both Mexicans and Americans in a collective experience to celebrate and share culture right on the beach. “I came from LA and it was so easy to get to! I was worried since I didn’t have many friends there that I’d be alone but everyone was so quick to include me and I ended up meeting so many people! Such a great vibe and I can’t wait for next year,” exclaimed Tracylyn Sorenson, one American attendee.

“Baja Beach Fest is such an amazing experience. If you are as lucky as we were, you may have the chance to have a closer encounter with the artists while they are performing, Yandel posed for my story!! I came from Mexico City but the 3 hour flight was totally worth it. This is my second year. I will never forget what BBF means to me,” expressed Joshua Montano, who explained with delight over the many friendships he has developed while at the festival.

The action continues into the weekend of August 19-21, 2022, as Baja Beach Fest braces for an even bigger weekend of partying and fun. While the parties may come to an end by Monday morning, the festival ensures to organize a clean-up for the beaches of Rosarito, and to give back to the city by elevating it as a desirable tourist destination.