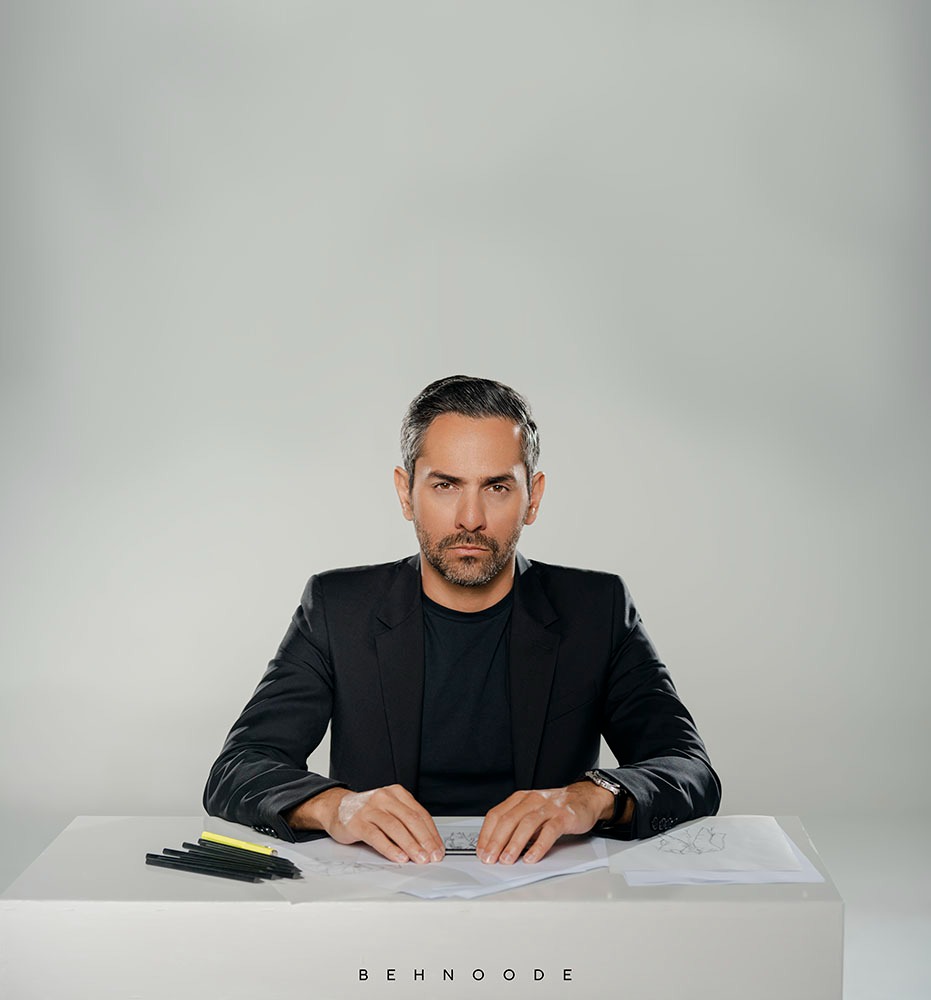 He has his own art agency through which he wishes to promote artists and painters, putting the spotlight on Islamic Art.

It is imperative to notice that the world is changing in ways more than one, and it is even more important to see how the making and consumption of art are also changing. There are too many terms that have emerged, which has gone ahead in changing the definition of art in the world in ways more than one. Behnood Javaherpour, who stands tall as one of the finest fashion designers, art curators, and philanthropists, says that one such art is Islamic Art, which is often quite difficult to define. However, the said art has evolved over the years, and more and more artists and painters of the world need to understand the rich heritage and culture of the same.

Behnood Javaherpour, who needs no introduction in the world of art, and the one who owns his clothing brand named ‘Behnoode’ and his art museum named ‘Behnoode Foundation’, sat down to talk about Islamic Art, what all it encompasses, and how he desires to promote the art as an ace art curator himself. He also runs his art agency, which is open to incredible painters and artists, through which they also get a royalty for their art and paintings either through selling or auctioning them.

Talking about Islamic Art, Behnood says that it includes visual arts produced from the seventeenth century onwards by culturally Islamic people. It is a unique art and is difficult to characterize for it includes an extensive range of genres, lands, and periods, like Islamic Calligraphy, Islamic Glass, Islamic Miniature, Islamic Clay, Islamic architecture, and textile art such as embroidery and carpet. Also, he says that it is not restricted to visual arts but also includes all the art of the rich and varied cultures of the Islamic societies.

On asking what he believes has made Islamic Art unique, Behnood Javaherpour explains that it includes all aspects of the Muslim culture. One of the most important Islamic art is surface decoration, which people use to ornament ceramics, mosques, books, and rugs with complex patterns. They stand unique because they radiate the meaning of things rather than just their physical form. This proves why the community holds its holy scriptures so prominent.

Behnood Javaherpour highlights that Islamic Art is all about vibrant creativity, as it includes magnificent calligraphy of handcrafted editions of the Quran and also intricate geometric motifs and patterns of the traditional design and architecture. Talking about how he wishes to promote Islamic Art, the eminent art curator says that he aims to promote different artists through his agency. He also thinks that creativity is only flourishing in the 21st century and has a vital role in promoting a progressive image of the Islamic culture.

He advises art lovers and others worldwide to celebrate the traditional forms of the Islamic culture by educating more and more people and inspiring them to innovate and create Islamic Art even in the modern-day world. Keep following Behnood on Instagram @behnoodjavaherpour to know more.