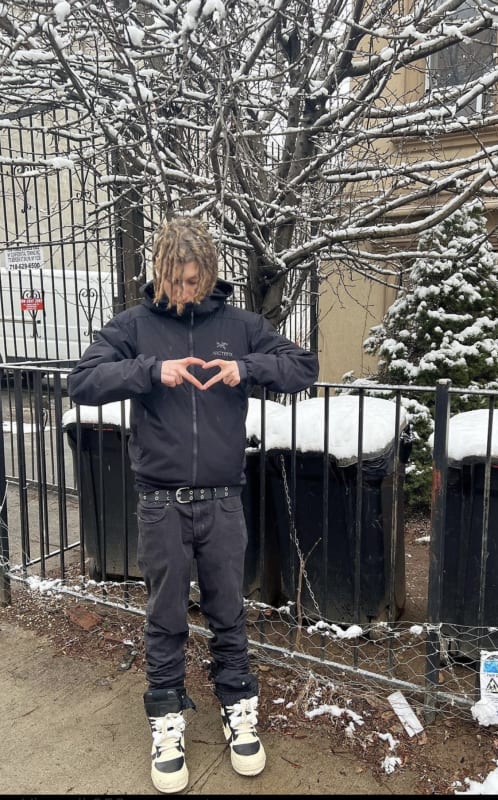 The underground rap scene is really what you make of it and the way I look at it, any day someone new could break-out and take over the Billboard charts. And one of the artists who could do exactly this is BeastlySlime

Beastlyslime is a rapper. But he is also much more than that.

BeastlySlime is a 17 year old Persian-American rapper from Louisiana who has been making music since he was 6. People mostly know the young rapper BeastlySlime either from his prolific music catalog or his tasteful instagram feed. But when he’s not flexing his drip on Instagram, he’s making music.

At only 17, Beastly has songs with JuiceWlrd, 2KBaby, Aylek$, Lil Wop, Scott Storch, Mally Mall and more. Name a Soundcloud rapper with that much clout in the vault? I mean, even Kanye West follows this kid on Instagram!

After dropping Soundcloud singles one after another featuring Summrs, Iayze, and David Shawty. Beastly is “any second” away from a hit single.

He is from Louisiana but stayed in multiple cities. And HE started professionally making music at 13.

Beastly, a native of both Los Angeles, Ca and Baton Rouge, Lou., isn’t new to this rap stuff but is patiently waiting for his breakout hit.

Having hundreds of thousands of plays on songs like “Tesla” and “Purple Pyramid” make him stand out amongst other 18 year old artists trying to make it in this overcrowded modern rap world.

Crazy enough, I found Beastly on my explore page and instantly became a fan.

He’s young, creative, and really bold in his image and statements. I’ve caught him arguing with fans on Instagram Live entertaining me on lunch breaks. He’s an internet star, not quite like the Island Boys, but a much more digestible version.

HE always loved music and knew HE wanted to make music but HE started really getting more interested in creating it after HE moved to Los Angeles. He is currently an independent artist right now.

HE likes to work with selected producers. HE have some songs with Scott Storch and 16yrold that are gonna drop soon.

His movement is prospering right now. The growing notoriety can be attributed to the insane visuals he dropped with Gee Create, or maybe his Instagram vibe.

Having been featured in Video of The Week in Vents Magazine and followed by Kanye West on Instagram I can’t believe I haven’t seen Beastly on the big screen yet. Maybe that’s next! I don’t know! Maybe Beastly can answer that for you!

In Conversation with Anmol Dash: “I Have So Many Big Plans”