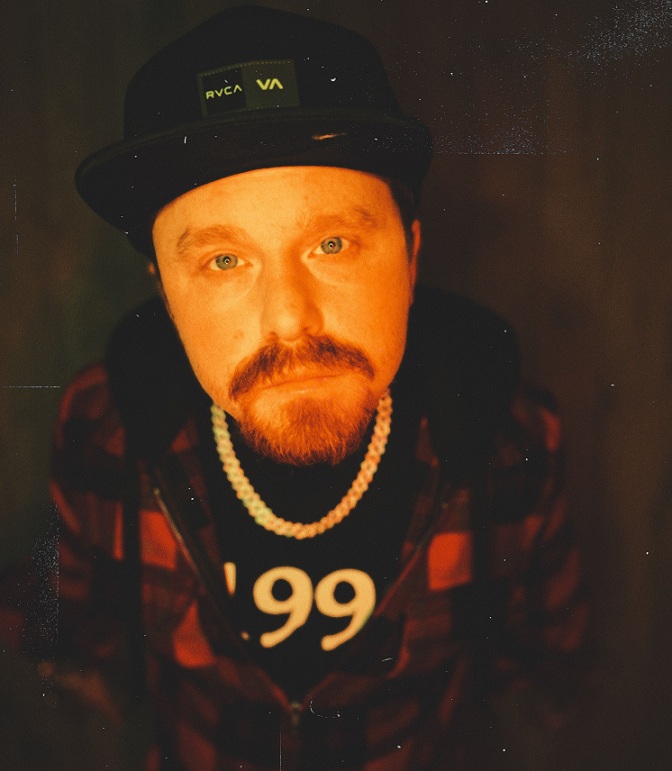 Blacklite District, the musical alias of the South Dakota based singer/songwriter Kyle Pfeiffer, is set to release his new full length album, 1990, on December 31 through Pfeiffer’s own AK19 label. The 10-track LP was produced by Brett Hestla (Creed, Dark New Day) in Nashville, TN, and takes the listener on a vulnerable journey through Blacklite District’s struggle with drug addiction, a broken hip, and childhood trauma.

“As soon as I got clean and started thinking clearly, I knew I wanted Brett Hestla to produce this album”, Pfeiffer said over the holidays from his hometown of Spearfish, SD. “After playing guitar in my recliner for three months because of my broken hip, the music kind of naturally started getting heavier and heavier and it felt right to take things full circle”.

Fans of Blacklite District have already gotten a taste of 1990 with the release of “Gotta Get Outta Here”, and “Clear Skies” as singles. The two videos combined have already racked up over half a million views on YouTube, and fans have been letting their approval of the hard rock driven songs be known on social media. “This song is legendary!”, one fan says on YouTube. “The response from my fans always lets me know if I’m on the right path”, explains Pfeiffer,
“because in my world, it’s all about the song, not the genre”.

The lead single from 1990, Gotta Get Outta Here, recently became Pfeiffer’s highest charting song to date as it hit #12 on Billboard’s Mainstream Rock Indicator chart, the week of December 18. The future looks bright for the South Dakota based rocker, and he has his eyes set on the road. “Getting back out onstage and playing these songs live for the first time is something I think about every day. It’s in my blood. It’s who I am.”

Rounding out Blacklite District’s touring lineup is videographer, tour manager, and long time friend Clinton Cunanan on bass (Clinton also fronts his own group, Another Lost Year), and Alex Hilton on drums. Pfeiffer says “these guys have absolutely killed it for me, and you can see it in the videos. The vibe was totally right when we started playing.”

You can find the more details about Blacklite District at https://ffm.bio/bld page. In this page, you can find all his social media page links. The page also contains the link to Pre-order Autographed CD and merch store page. Please post your comment if any here.