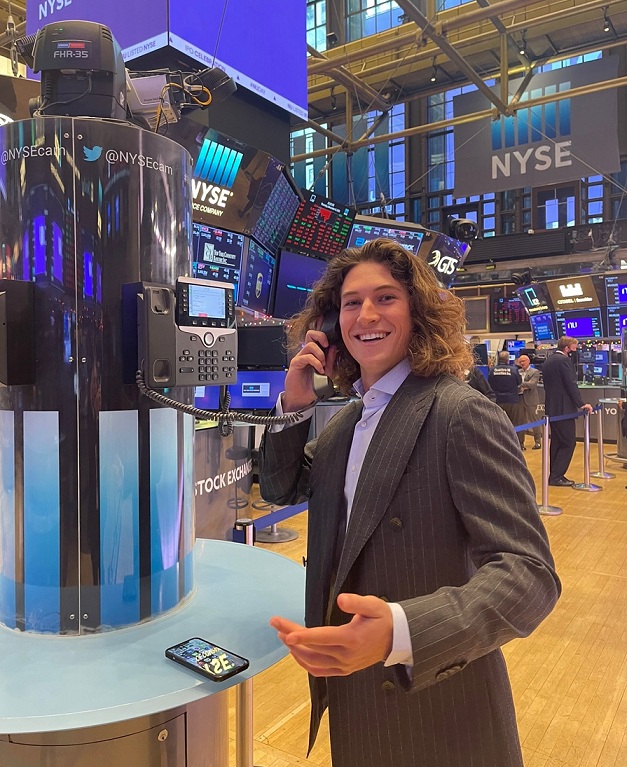 Blake Rocha is a California – based social media influencer who is rising considerably on a couple of notable social media platforms including Instagram, Tik Tok, Twitter, and YouTube. He is a viral social media celebrity who has successfully earned a wide fan base through his tireless efforts over a span of eight months. He has accumulated over one million followers on Tik Tok while also growing his following base to 100k on Instagram respectfully.

Besides his active social media presence, he is also the CEO of Wiseguy Investing. Rocha reached this point after taking many small odd jobs that helped him along the way. He recants that working the front desk of Hub 101 was his favorite job because he got to meet and learn life altering lessons from many great minds who worked in various businesses.

Though Blake realized his natural abilities early on he also had to work in industries that he did not enjoy like selling used cars. He began his professional career in sales as early as eighth grade. Rocha was a part of a multi – level marketing company called Vemma where his duties included the conduct of meetings for recruiting and training purposes. He once lost everything he had in his business but his vision was to reach the sky, so he got up again and established his multi – million dollar business that has hit 7 figure mark in the time span of four months.

Blake’s notes that his father became his biggest inspiration as he matured and learned the value of day to day interpersonal communication and took on more  challenging responsibilities in life.  This defined his treatment of people when he was bullied for having short stature in middle school. Blake Rocha also shared that his Spanish teacher Senora B. was another person who inspired him in his adolescent years.

Blake Rocha had a very interesting childhood though he did the normal things like play football, marbles, shooting nerf guns, as well as jumping bikes and scooters on ramps. As an adult he is leading hundreds and thousands of people towards a financial literacy they would never discover without his unique guidance. Living a purposeful life that is inclined towards faith and the art of work and life balance is why Blake Rocha delivers highly motivational and engaging content for those who would otherwise be lost without his exclusive way of educating his followers. You can connect with Blake Rocha through his social media channel.

Legend Recordings- A Modern Take on the Record Industry