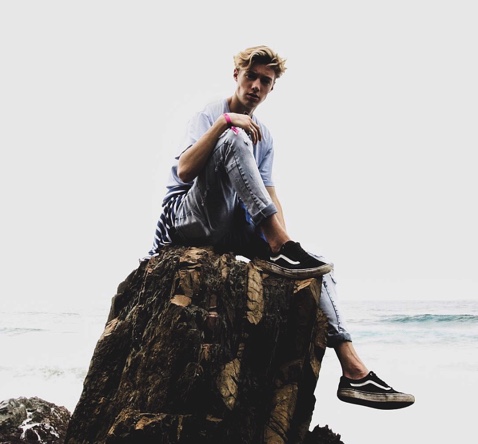 Where other social platforms connect you with friends, family, or colleagues, TikTok doesn’t care about people you may know. It’s only concerned with what you actually want to see, and once the app’s algorithm really gets to work – analyzing why one video holds your attention just a second longer than another, or why you swiped back three videos to watch one over again – the AI powering its recommendations engine begins to feel scarily godlike.

That’s when the art of TikTok begins to reveal itself. What seems messy and chaotic at first quickly coagulates into a highly coded and creative ecology that pillages older media forms – from Funniest Home Videos to vines – and repurposes them to new ends.

Most TikTok videos begin when the creator chooses its signature “sound”, selecting a short audio track from the vast library the app offers. In most cases, this is a song excerpt, though there are snippets from TV shows and stand-up routines too. The creator then shoots a video to accompany the track, inserting their own take on the original.

The audio-first nature of TikTok means that almost every video is a kind of cover version, and a video’s creativity emerges in the way each user delivers their own spin on an established product. You’ll hear the same 15-second sample of songs hundreds of times, but with each iteration, a user will respond to all of the previous versions by throwing in a last-second twist, a new punchline, or jaw-dropping physical feat. These small iterations make all the difference and dictate whether a video gets tons of views or millions of views.

This is where TikTokers such as Harrison Wain (known as BOXBOY) come to life. Harrison, like many creators, will spend hours analyzing the latest video trends and deciding how he can put his own spin on it. Over the past 2 years, Harrison has managed to gain an astonishing fan base of over 2.3 Million followers, and there’s no sign of slowing down with his latest videos gaining him north of +100k new followers every day!

This is the art of TikTok, those who know how to capitalize on its algorithm and understand it’s trends are able to blow up seemingly overnight. The TikTok algorithm rewards originality within set constraints – most videos take their cues from a previous dance, joke, trick or stunt and then make it their own.

This format of creative expression within a formulaic structure extends to dance videos, lip syncs, comic memes, and skits.