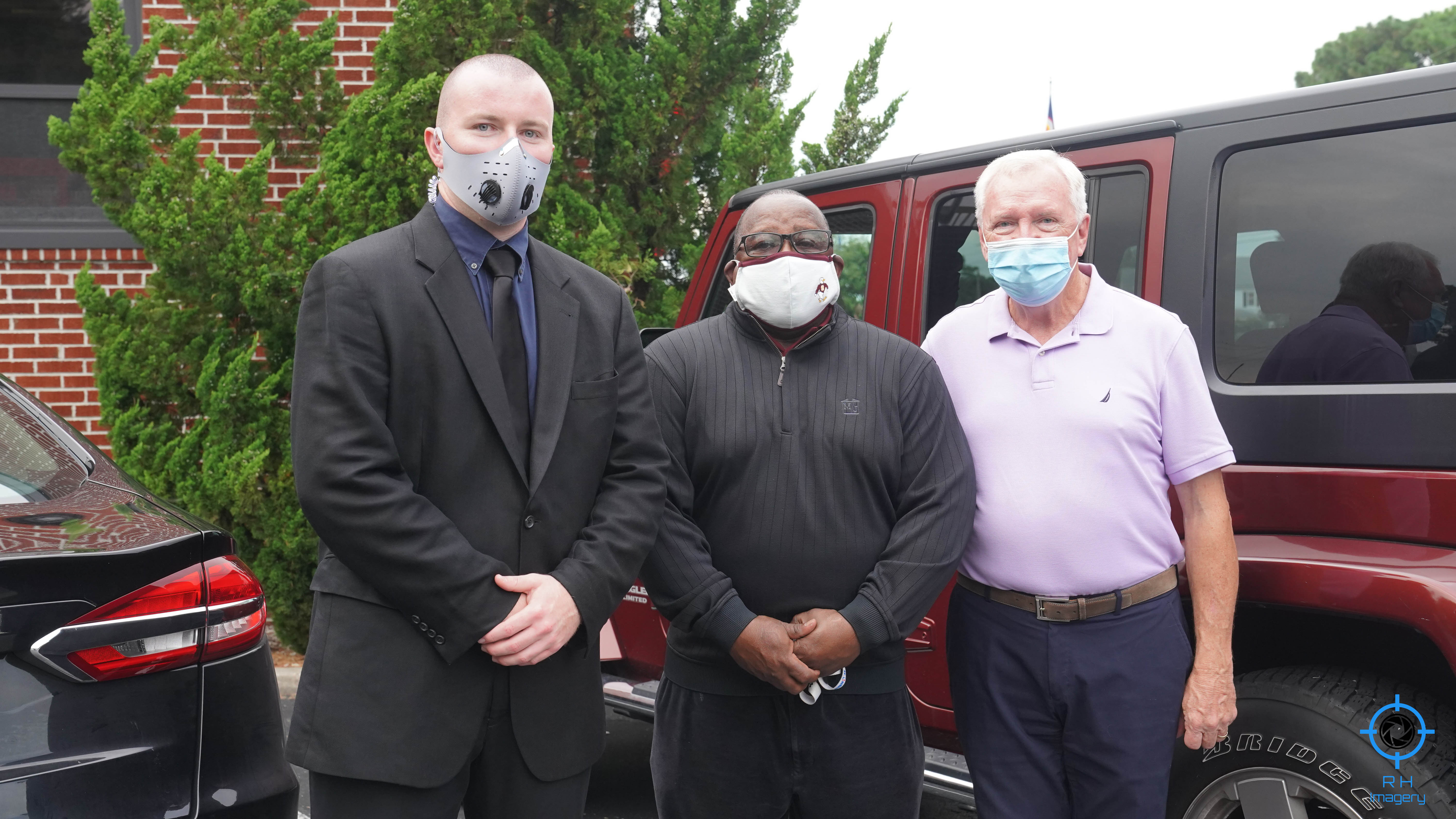 Bubba Almony is an elite Celebrity Bodyguard and US Chairman for Bodyguard Against Bullying, a global personal safety, and anti-bullying organization. He has worked in the security industry for a decade, helping and impacting tens of thousands throughout the world during his journey.

Almony was born in Hanover, Pennsylvania, and grew up in Ocean City, Maryland, where he also graduated from Stephen Decatur High School in 2012. Being a visionary young man, he did not hesitate to start working in the security field at 17. He worked at Dew Tour, a major concert and BMX venue in Ocean City, MD. He is now an admired and respected bodyguard around the world.

Bubba has worked with A-Class celebrities, world leaders, top attorneys, and several billionaires in his journey. He has remained authentic and philanthropic all through his journey. He had been committed to giving back to the world. He was involved in feeding the less fortunate in India, sending over 10K medical supplies out during COVID-19, and donating meals to front line hospitals and emergency services.

Earlier on, as Bubba was busy with his career, he met an iconic music producer, SwiftOnDemand from LHHNY, who helped launch Cardi B’s career. The first time he met Swift was at a music studio where Swift promoted him as his head of security. From then, Bubba grew exponentially, and now his services consist of close protection, luxury transportation services, and armored vehicles. Members of his team have international carry permissions and his armored vehicle services are available throughout the nation upon proper notice and availability.

As a philanthropic, Bubba’s proudest moment has been his humanitarian efforts across the world. He loves to help, and he is happier when he impacts lives. In return, the world found a way to give back to him, and Bubba was recognized as the US Chairman for Bodyguard Against Bullying. He also received mentions from high-end personalities, including the founder of Mason Haynes.

Change is inevitable. To change positively is to grow. In all careers, growth is paramount. New projects represent growth. Bubba has a celebrity charity basketball game on Saturday, August 28th, 2021, in Snow Hill, Maryland. The tip-off will be at 5:00 pm. That event, according to Bubba, will raise proceeds and awareness for cancer and bullying. Team Bubba vs. Team Kendra Lust. This event will certainly be historic! Many industry leaders from across the world will be participating or in attendance!

The most important routine for Bubba Almony is praying and having a strong faith in God. He is guided by a verse in the Bible, Isaiah 54:17, “No weapon formed against you shall prosper.”  Secondly, he loves inspiring, encouraging, motivating, and educating others regularly.

He affirmed that he would never stop helping others in his industry and giving back to society. The ambassadors at Bodyguards Against Bullying around the world are also on a mission to raise awareness to end bullying.

As he concluded, Bubba Almony said that outstanding leadership above anything else is service to others, being a great person, and bringing many people closer to God. His constant prayer is that he gets closer to God and be the best person he can be to others and to himself. Bubba has a long term goal to run for President of the United States when he becomes age-eligible.