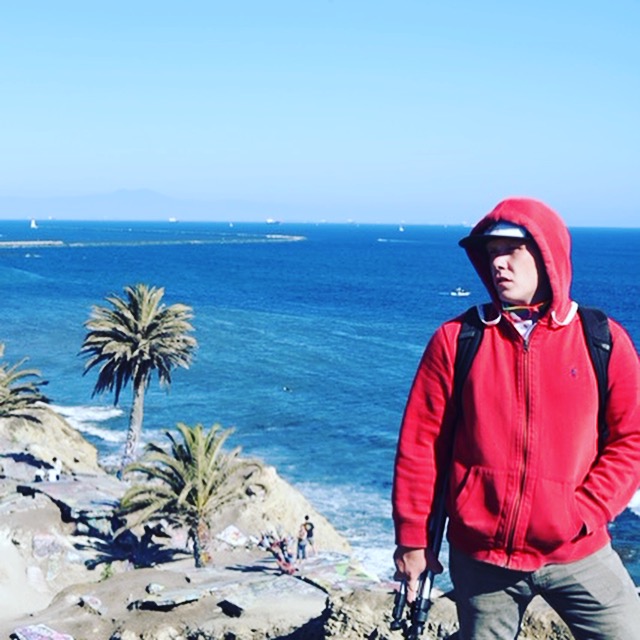 In today’s interview we will be learning about Cam Carter, a songwriter and recording artist from Memphis, Tennessee.  Cam Carter has established himself as an artist who is willing to blend and defy genres, making his growth potential and longevity endless. It’s time to find out who is behind the music.

I’m that kid that you’d cheat off of in school and label as a pothead, but you wouldn’t want to hit me at practice.  The guy that wasn’t supposed to do this or do that.  But then did it, and others made so many excuses for me that I began to make them myself.  I wanted to stand for something and live for more.  However, when I mentioned goals, which were dreams then, instead of encouragement from my peers, I’d receive laughs.  I knew something inside of me was bigger than myself, and most couldn’t grasp that.  When they heard me rap or saw my songs go from an idea in the car, to a studio record, their eyes would change.  Everything I’ve been through thus far, prepared me for the next pages.  So, my story has only begun, and I have a lot of work to do…

2) What is the biggest challenge you’ve overcome in your life?

Losing my mom.  Time stopped.  Nothing mattered anymore.  I still see her in ways every day and that pain reminds me that it is up to me to keep her alive.  She lives inside me now.  Not as a burden, but as my fuel to keep going.  I will plant my seeds correctly and as long as I hold a pen, I’ll live forever too.

3) When you say, “live forever,” does that mean with your music?

No. Not completely.  Music is only the beginning.  It’s what I love and what I’m passionate about.  It’s my balance and my opportunity to let my voice be heard.  But it’s up to me to enjoy it as it comes. Like I said, my story has just begun.

4) Why did you choose Los Angeles as the place to debut your career?  Why not Memphis?

Good question.  I tried.  If you’re not talking about robbing or hustling or the blues on a Tuesday, they’re not going to listen.  It’s a hard place.  The only thing they respect in Memphis is Barbecue and Hustle. And if you hustle too hard, you’ll end up dead or in jail.  The only way you shine in Memphis is when you give back to the community in the right ways, but it takes a team of OG’s and big money to make that happen. On a peace and unity level at least.  And still, if you shine too bright it’s trouble.  I won’t say any names, but one time I was in the studio with some artists that have done well for themselves now, and a producer from Memphis that so to speak paved the way.  And when I rapped everyone got crunk until the engineer saw it was me, then everybody stopped, and he switched the beat.  Basically, extinguishing my fire.  Hours later at IHOP, another engineer said, “Bro, you got it… Move to LA,” with sincerity in his eyes.  I didn’t see that as disrespect at all because he was right.  No profit will ever make it in his hometown.  Jesus didn’t.  Elvis didn’t.  Jimi didn’t.  Tupac didn’t even get mad love until he was gone.  I’ll get the entire city on my back when it’s time.  Pop Culture needs pioneers that will tell the truth in these streets while the news lies.  And that’s what hip-hop is all about.  If you don’t stand for something, you’ll fall for anything.  So, I owe that decision to move to Los Angeles to a good friend.  He inspired it, the rest kind of just happened.

5) Obviously COVID-19 has changed a lot.  What are your thoughts on this and how have you managed to stay healthy, focused and busy as an artist?

COVID -19 isn’t an excuse, it’s a political agenda to instill fear to divide and conquer and I don’t have time to fight a fight I know I can’t win.  It’s not my responsibility to sway people that think they already have their minds made up.  That would make me a fool, not a leader.  So, instead of diving into the front lines of riots, this pandemic or conspiracies concerning it, I dove into love.  I used this uncertain time as an opportunity to do the things I had no time to do before.  My shows were cancelled, so I went to the radio stations.  My money stopped, so I traded crypto currency.  That grit and grind is still in me and the more I realize my potential, the more I realize my focus and health are the most important things.  So, I write.  One page at a time.  I have a catalogue that would take 10,000 hours to record.  And as overwhelming as it can be, I write to stay focused.  I capture what’s already there in front of me, and I try my best to make it timeless.  I don’t think anyone can be timeless until they understand how time works.  If you’re busy doing what you love, then time shouldn’t be directed anywhere else.  I’m racing my own clock and COVID-19 should just remind us that tomorrow isn’t promised and if you procrastinate you lose.

6) What should we expect next from you?

Probably the unexpected.  When I first reached out to Raquel Aurilia, a country/pop artist about our song, “Reaching Out For You,” we were both concerned how we could combine opposite genres and styles of music and make something meaningful and relevant to now.  I basically had to convince her that I’m a songwriter first and when I gained her confidence. The next thing I knew, the ball was rolling.  She’s excited.  I’m excited.  She found the beat from a 16 year old producer in Germany and then the rest fell into place.  I’m not going to be one of those artists that lets greed or my influence change me.  I’m all about making music with my friends.  New friends. Old friends.  Language barriers, so what?  My music relates to people all over the world.  And it was her that taught me how subjective music really is.  I started working with Mike Gonsolin in Hollywood. Then I started working with MP Beatz in Germany.  Then Luchito Carrera in Colorado.  Then Boo Mitchell and Jason Gillespie in Memphis.  Now, I’m learning to become more international.  My next release will be special.  It’s called “Still Modest” and it’s a great way to start the new year with a song that is relevant for now, that I wrote ten years ago.  I don’t even know my next move.  So, why should you?  It’s Cam Carter people…