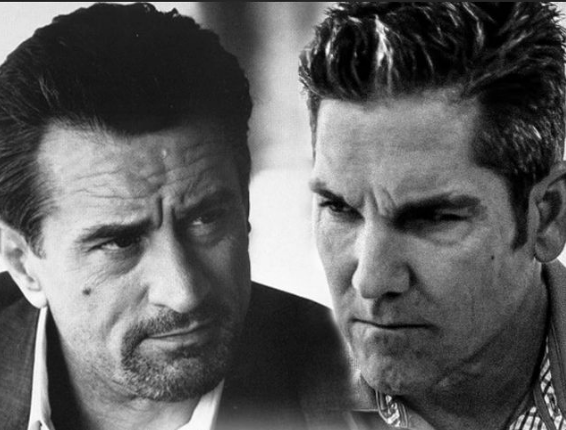 On January 16th, 2021 while the world is going crazy over elections, stocks, and covid 19, Grant moves forward with reaching his goals. I’ve been following Grant for the last five years and was able to see up close when we meet how he achieves his goals when he spoke to a group of veterans in San Diego about having a mission after the service.

He’s always been a role model to myself and other veterans and everyone in general. Grant gives you that feeling like the uncle we all wanted to have who shows you that anything is possible.

I woke up this morning and saw he was filming with Robert De Niro on my home island US territory Puerto Rico, I was very excited.

We were able to see a quick clip of him and Robert on his Instagram where they played out a scene.

It’s no secret that Grant has wanted to be on the big screen for years and he’s getting closer than ever. He surely has the connections and his wife who he met in Los Angeles Elena Cardone who was an actress before she married Grant.

Sources say the recent connection with Randall Emmett, the director of the new film, and Grant Cardone was first sparked on the  Clubhouse application, a new platform that many influencers are using to connect.

Grant recently stars in the new season of Undercover Billionaire where he has to make a 1 million dollar business in only 90days.

In this show, he starts with only an old truck and 100 dollars. You can find out more about that show on Discovery Plus.

Grant teaches all of us that we really can do anything and that with hard work and sales skills you can achieve your wildest dreams.

With everything that’s going on in the world, it’s fun to take a moment and watch one of the worlds leading motivational speakers and sales coaches to steping into the big screen.

Grant Cardone is the bestselling author of The 10X Rule and If You’re Not First, You’re Last as well as a sales trainer, speaker, and entrepreneur who has worked in real estate and the auto industry. Grant Cardone is a real estate mogul who built his $1.9 Billion portfolios of multifamily properties from scratch.

Check out more stories on Disrupt

Cam Carter: Behind the Music: