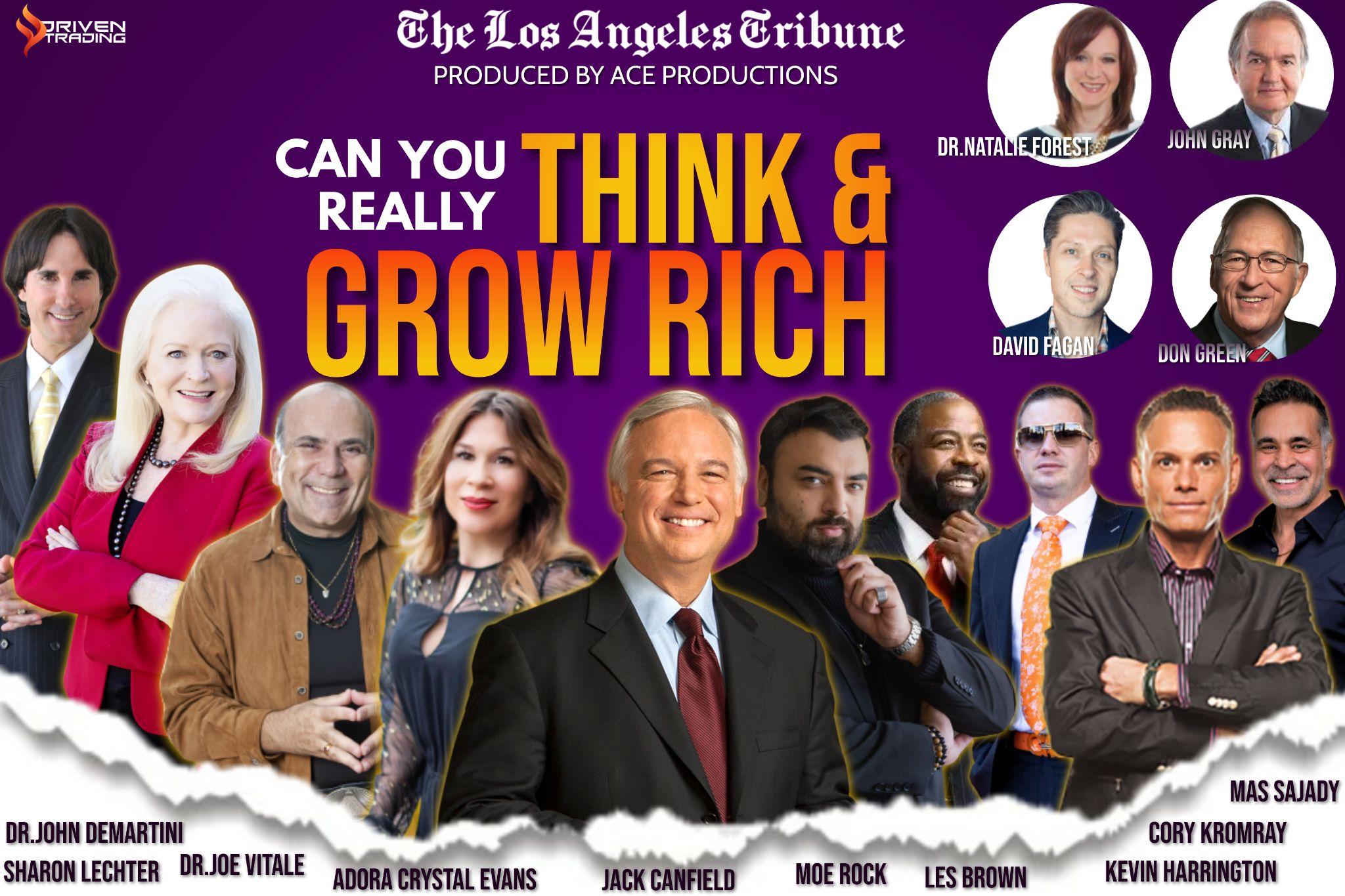 Next month, The Los Angeles Tribune alongside Ace Productions brings together some of the world’s top thought leaders to answer a straightforward question: Can You Really Think and Grow Rich?

Inspired by self-help legend Napoleon Hill who was an American author in the area of the new thought movement who was one of the earliest producers of the modern genre of personal-success literature. He is widely considered to be one of the great writers on success. His most famous work, Think and Grow Rich (1937), is one of the best-selling books of all time (at the time of Hill’s death in 1970, Think and Grow Rich had sold 20 million copies). Hill’s works examined the power of personal beliefs, and the role they play in personal success. He became an advisor to President Franklin D. Roosevelt from 1933 to 1936. “What the mind of man can conceive and believe, it can achieve” is one of Hill’s hallmark expressions. How achievement actually occurs, and a formula for it that puts success in reach of the average person, were the focal points of Hill’s books.

The event features the CEO of the Napoleon Hill Foundation Don Green, oChicken Soup for the Soul’s Jack Canfield, Shark Tank’s Kevin Harrington, and The Secret’s Joe Vitale to name just a few of the speakers who will be spending time to educate, inspire and transform the lives of the virtual attendees.

Those in attendance can expect to have an opportunity to evaluate their lives in five different subject matters: Financially, Mentally Relationally, Physically, and Spiritually. The event is designed to cover all five of these subject matters in deep and transformative ways with a powerful and impactful list of collaborators that include Celebrities, Professors, Doctors, New York Times Bestsellers, and more. Other notable collaborators include Dr.Yasmine Saad, Barbie Layton, Paul Finck, and Les Brown. Driven Trading is a premier partner, the CEO of Driven Cory Kromray will make a special appearance.

Along with covering the five pillars discussed above those in attendance can expect all seventeen principles of Napoleon Hill’s Think & Grow Rich to be covered at some point during the event. These principles include “Developing Definiteness of Purpose” and “Learning From Adversity & Defeat” concepts that in today’s climate are needed considering all of the challenges that leaders, entrepreneurs, and the general population have been facing in the past two years in a changing post covid world. Registration for the event is available at richtour22.com

Related Topics:Think and Grow Rich
Up Next