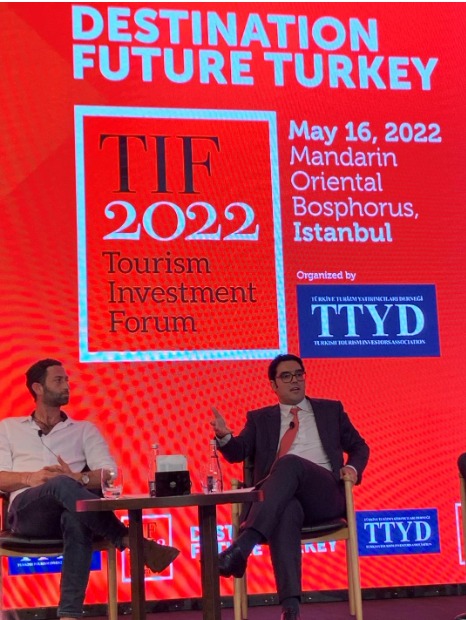 Managing a worldwide financial organization is likely to be one of the most difficult and stressful jobs anyone has ever had. The global economy and political climate pose substantial challenges to forecasting and force financial professionals to make sound decisions and follow the right pathways.

Carlos Santos, the President, Founder, and CEO of Ethos Asset Management Inc. is an expert in the financial industry. In appreciation of his academic and professional success, he got the Ernst & Young Award; Best Economist (2016), the Banco de Portugal Award (2015), other academic awards (2014, 2013, and 2012), and several merit scholarships during his studies.

Carlos monitors and invests in the group’s enterprises through his position at Ethos Asset Management. He holds a bachelor’s degree in economics and master’s degrees in finance, banking accounting, and international taxes.

Carlos has a Bachelor of Arts in Economics, a master’s degree in finance, and certifications in banking accounting and international taxation. He has four post-graduate degrees in these three fields, the most recent of which is in financial instruments.

Carlos worked at Banco de Portugal (BdP), where he held positions in the Monetary and Financial Statistics Department and the Centralization of Credit Responsibilities Sections. He designed the redesign of the BdP database in consultation with other Eurozone central banks. Simultaneously, he studied at the Lisbon School of Economics and Management on the economic viability of many Portuguese service organizations (ISEG). Carlos taught Microeconomics and Macroeconomics, Project Evaluation, and Accounting at ISEG University.

“Ethos is the culmination of my life’s work to date and, as I like to say, my masterpiece,” says Carlos. Ethos as a financing organization that provides funding to enterprises that need to develop their ideas, satisfies the demands of changes in the financial system. The company is a worldwide financer with a significant emphasis on energy and natural resources, infrastructure, and country development.

At the same time, the company has created a model that allows it to provide capital on highly competitive terms, considering the fact that it allocates funds from financial trading based on the logic of portfolio rebalancing and diversification. This, according to Carlos, is a major competitive advantage that creates a mystical distinction between traditional funds and banks.

“The approach of collateralization of our operation is highly important in the construction of unique financing terms,” Carlos says. At Ethos, the team has created an entirely new and unique method of protecting itself, and it is completely scalable to any country and any bank, including non-clients. At the moment of execution, it is not subject to jurisdictional rules, signifying a shift in operational and macroeconomic risk.

According to Carlos, the validity of Ethos’ mission has been reaffirmed every day since its inception. Its objectives have remained crystal clear: to continue growing and achieve the customers’ goals by putting the team’s skills and talents into developing the firm’s portfolio of services, taking organizations, and thus its customers, to a higher level.

“We want to achieve it with quality, technical performance, and a diverse supply of current options,” says Carlos. Carlos feels that all of this is attainable and is based on the solid foundations of his commitment and desire.

Honors Award for Excellence and Leadership

Carlos Santos, the CEO and Founder of Ethos Asset Management Inc USA, was voted as the winner of the Africa Dubai Honours Award for Excellence and Leadership Prowess 2021 at a high-profile event in Dubai, UAE. Carlos Santos received the award from H.E. Tomasz Zaleski, Chairman of the Board of The Royal Private Office of Sheikh Ahmed Bin Faisal Al Qassimi, after being picked from a long list of prestigious prominent and high-class nominees.

Carlos is in charge of the group’s strategic direction and management as a CEO. Simultaneously, he is in charge of the entire company’s trading side and assures that its returns are sufficient to satisfy the company’s financing demands. He also controls the company’s financing division, monitoring and paying great attention to the results and performance of the credit and risk departments, as well as the legal and compliance departments. Carlos tries to maximize the firm’s investments to the levels required to rebalance the firm’s asset portfolio.

Carlos has an important role in all of the banking relationships of the group as well as the operation of the credit lines and trade that the firm has with them.

How Did Carlos Santos Make His Fortune before his 30s?

Carlos Santos is the young billionaire entrepreneur behind the Ethos brand, which began in 2012. The tycoon is the founder and chair of the Ethos Group, which is worth 52 Billion USD, is present in 72 countries through its 6 companies in the USA, Portugal, UK, Portugal, Brazil, South Africa and Turkey.

Carlos’ companies include financial trading activity (lease of algorithm and own trading) and project financing investment. As of June 2022, the 27-year old Santos’ net worth stood at an estimated $2 billion, according to some investigations developed.

Carlos is the maximum exponent of a hard and addicted worker. Carlos grew his Ethos mega-brand and became one of the wealthiest and most successful people in the world. Santos founded his first company at 17 and owns multiple companies that operate in the financial sector.

Ethos Asset Management and all the companies of the Ethos Group need to be highlighted because they grew over four years, initially through his developed algorithm, and later trading its procceds from royalties. This allowed the development of a unique model of project financng that made Ethos and Carlos a billionaire before his 30s!

In 2018, his company was headquartered in the USA and from there expanded across the globe.

Carlos Santos is a 27-year old entrepreneur whose net worth stands at an estimated $2 billion.

Leadership, as Carlos sees it, is difficult to define like a cake recipe. He asserts, “Hard effort; persistence; late nights; rejections; sacrifices; discipline; criticism, belief, failure, risks, and humility.” He advises rising leaders to always trust in themselves and their goal, even if others tell them it is impossible. He asserts, “Always provide 200 percent. When you question yourself, remember how far you’ve come and try again. Don’t let your head or heart sink when you lose. Commit to not repeating such a loss and recognize that you are one step ahead of those who have not yet failed. They will as well.”

Meet Branden Grantham: One of the World’s Best Personal Development Coaches For Success