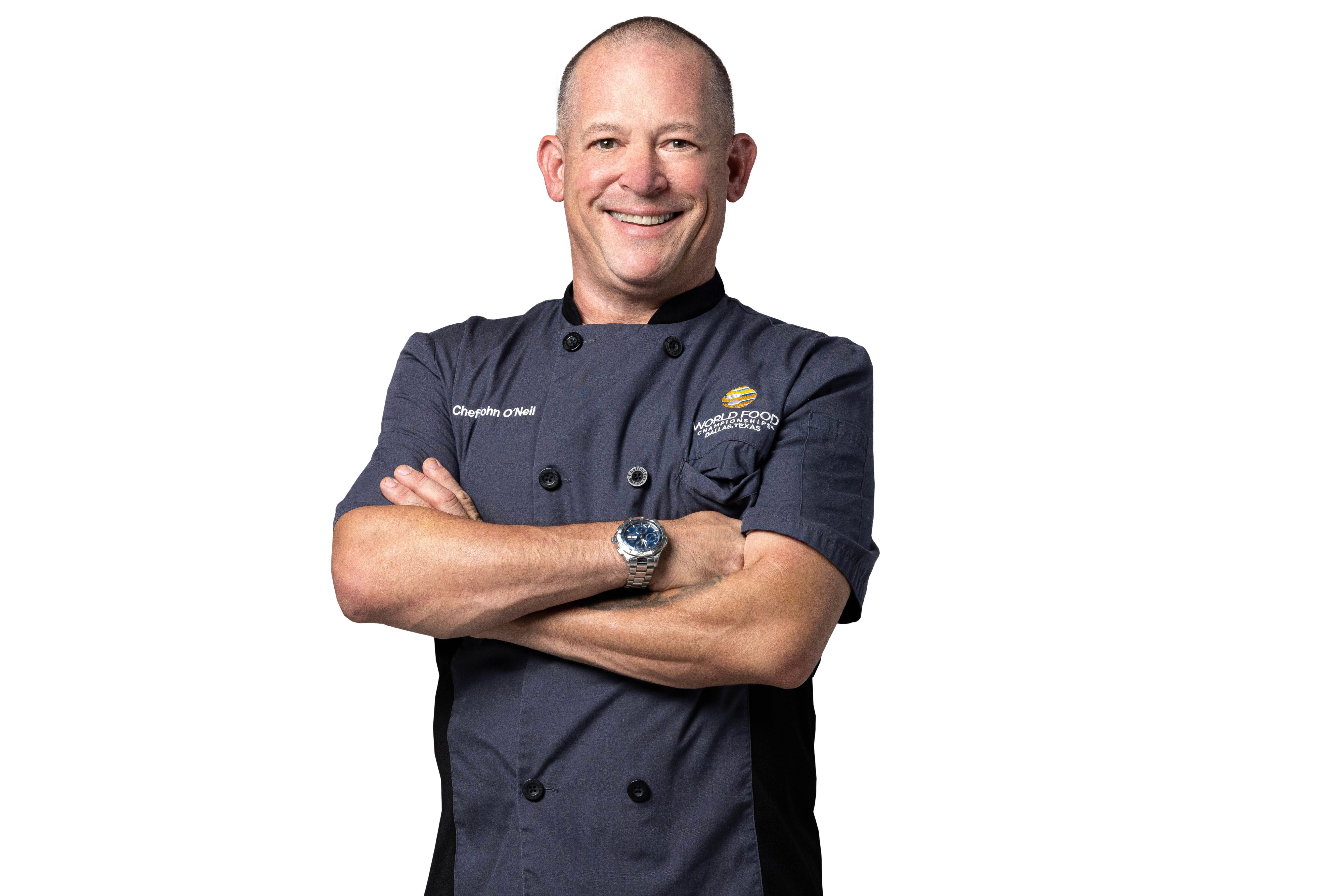 It was a pleasure to interview Chef John O’Neil who is a visionary in the culinary arts, with an extensive background in the restaurant and hospitality industry. John O’Neil excelled and has prospered as a business owner and culinary chef. First, we’ll provide a brief synopsis about John O’Neil, before proceeding with the interview.

Having served as a hospital corpsman in the Navy, Chef John O’Neil has returned to his first love, which is the culinary arts. During his career, he gained a plethora of skills and experience working in numerous restaurants. It was his father’s advice to him that if he wanted to work in restaurants, he should learn every aspect of the restaurant business, making himself an asset to any organization. After working in restaurants for several years, Chef John obtained a degree in Culinary Arts and Restaurant Management from Scottsdale Culinary Institute’s Le Cordon Bleu Program. In the following years, he worked primarily in kitchens from Arizona to Texas.

John is a food and beverage industry veteran, with over 30 years of experience.  In the 20 years since John graduated from culinary arts school, his experience has spanned almost every facet of the food service industry. In his previous position, he served as the head culinary instructor for a local college’s AAS culinary program. In hindsight, he mentioned that it was the most rewarding position he’s ever held. He has cooked all over the world, from Zanzibar to Tanzania to Cuba, and even owned a coffeehouse in Boulder, Colorado. He currently owns an online spice company called “Dude Food Fire” that brings flavors from all over the world to your home.

Chef John O’Neil’s Inspiration for His Own Spices

Based on his years of experience in the F&B industry, Chef John has always favored several spice blends and rubs that were “tried and true”, or the “go to”, to maintain consistency among employees. Through his international culinary experiences, he curated and discovered various spice blends and mixes that he kept in a spice journal.  When Covid struck, the food service industry was completely changed. Due to the pandemic, restaurants were closed, and more people started cooking at home. As a result, Chef John decided to pull out his spice journal and turn his years of experience into spice blends that everyone could enjoy at home.

There are many facets to live fire and barbeque cooking. First is the set up or mise en place (everything in its place-not just as it pertains to food). The set-up allows you to create a timeline in your mind and plan out the cook, which helps limit surprises. Next is the thrill of starting the fire – there is an amazing component of adrenaline combined with a calm serenity and respect of the fire. You must respect it and never believe that you alone can control it. Third, is the dance. Since no two briskets or bone-in rib loins are the same they will never cook the exact same, so you must be able to adjust your tempo and timing. It is like the Tango. The tempo and timing of every single component of the dance must be precise not only in forward motion but in opposition. The same is true for live fire cooking and barbecuing. You must be able to match the tempo of each new fire and each new piece of meat.

Chef John O’Neil as an Author

The debut book that John O’Neil has published is called, “Cooking with Essential Oils”. Throughout his career as a chef, he has incorporated herbs and spices into his cooking. The first time John used a drop of lemon essential oil in a salad dressing, he became convinced of the power of oils. His trick is utilizing essential oils to bring new flavors to old recipes. In his book, he presents all his favorite essential oil recipes.

Chef John O’Neil incorporates a variety of grilling techniques. BBQ and live fire require the use of all senses, with live fire requiring you to delve deep into your skill level. According to John, every minute, every lesson you have learned regarding tempo, timing, and patience is put to the test.

Chef John says, “First question is what are you cooking? Second, what is your budget?” Once Chef John has those answers, then he can suggest the proper cut of meat for what you are wanting to do.

Chef John O’Neil has been passionate about cooking since he was a child. As a result, at the age of 3, he almost set the house on fire while trying to surprise everyone with a prepared breakfast while they were asleep. Cooking has always been an art form to him, as it combines aromas and flavors. It is possible to be rigorous and precise when cooking, but it can also be abstract and simple, just a blend of what you enjoy.

In 2023, Chef John O’Neil intends to continue to grow and expand. In addition to expanding Dude Food Fire and getting his spice blends into more kitchens, he will also continue to grow as a chef and brand influencer. It’s his hope that he will continue to grow his audience on social media and break 100,000 followers by 2023. It is imperative that he gets his Live Fire Restaurant up and running by the end of 2023. However, he remains open to new opportunities and challenges that could help expand his empire.

Creating the spice company, and curating the blends over so many years, has always been something personal and close to my heart. However, as my brand continues to grow, and once my Live Fire Restaurant is up and running, opportunities may present themselves that would be worth exploring

Chef John would love to participate in a food competition. His skills, knowledge, and talents are extremely rare. In addition, Chef O’Neil enjoys putting on a good performance for an audience. If he were to decide right out of the gate, Chopped and BBQ Brawl would be his first and second choices, respectively. In O’Neil’s opinion, Tailgate Battle is the third best choice. Any task that tests one’s grit to the fullest extent is the ultimate test.

It is common for Chef John O’Neill to host private workshops throughout the year in which he teaches everything from “Wood-Fired Pizza Ovens 101”, to pellet cookers, to full live fire cooking.

Chef John believes in the motto “reduce and reuse”. Dude Food Fire spices are perfect for taking along on outdoor adventures without all the wasted space of bulky bottles. The spice packaging is washable, resealable, and reusable. As Chef John likes to say, less is more, so please “Season Responsibly”.

It is important to prepare for every scenario you would hate to encounter. After that, make some additional backup plans just in case. Ensure that everything is written down to prevent misunderstandings and leave nothing to chance. Planning with great execution always looks professional. All that planning will make you look like a million dollars in front of those guests. To them and their perceptions (their perceptions and opinions are the only ones that will matter at the end of the event) you will not look like a stressed-out lunatic that has lost complete control.

Related Topics:Business OwnerchefJohn O'neil
Up Next