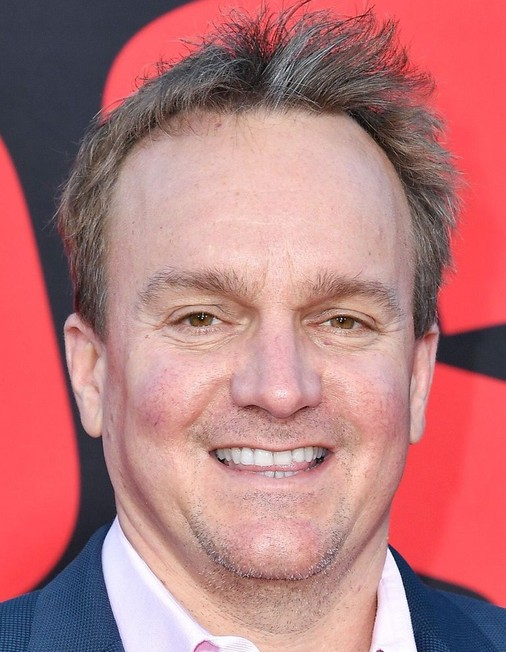 For seventeen years, Chris Fenton served as president of multi-billion-dollar global media company, DMG Entertainment Motion Picture Group and GM of DMG North America—or so we are expected to believe after reading the former Hollywood agent’s new memoir, “Feeding the Dragon, Inside the Trillion Dollar Dilemma facing Hollywood, the NBA and American Business.”

The truth, however, is that just like the daily misinformation we receive from media, there is also more to Mr. Fenton’s story than what is set out in ‘Dragon’ over the course of 288 pages, according to a recent expose by True Hollywood Talk, where they were left scratching their heads after a strange interview with the book’s author.

Who is Chris Fenton?

Fenton holds himself out to be many things, most notably the president of DMG for a 17-year period (LinkedIn, Interviews, and ‘Dragon’) and a “China Expert” who seems to have uncovered the secret between the U.S. and China film industries.

As pointed out by True Hollywood Talk, Fenton’s statements relating to his tenure with DMG and his expertise on the entire country of China, seem to contradict one another.

If you were to pay a visit to Fenton’s LinkedIn, you’ll notice that he states his tenure with DMG was actually seven years shorter, displaying a 10-year tenure at DMG, from February 2008 – April 2018. A seven-year gap is certainly a timeline to look deeper into—if there was something there to explore.

Sources close to True Hollywood Talk learned that both timelines are incorrect. In truth, Fenton was “actually a DMG employee for only five years.” His title of “president” was given to him, according to a former DMG employee, because Fenton requested it for the sole purpose of “helping him open more doors for the company.”

For any work that sets out so many high-profile executives and companies, like Disney, Marvel, and DMG—you would think investigative journalism comes into play ahead of any media coverage.

Yet, despite the numerous numbers of outlets that have recognized ‘Dragon,’ they all seem to play off one another, providing nothing new, original, or accurate. Why is it that of all the high-profile executives, company’s, and even journalists named in ‘Dragon,’ that none of them have been interviewed or even featured in the on-going media coverage?

Why is it that Disney or Marvel hasn’t come to support this book?

What is apparent from all these interviews with Fenton, is that there are numerous achievements and accolades that deserve to be recognized, celebrated, and shared—but they are not his to share, something True Hollywood Talk seems to be the only media outlet to point out.

Ironically, DMG is currently embroiled in a lawsuit with Mr. Fenton, which according to court documents and sources at Variety, claims Mr. Fenton engaged in “poor performance, gross mismanagement, and fraud.” The lawsuit is ongoing, and arguably, the publication and distribution of Fenton’s latest work could serve to play against any legal arguments Fenton and his counsel make in the $30 million lawsuit. That remains to be seen though as of now.

But what True Hollywood Talk interview points out interestingly, is Fenton’s ongoing representation as a “China Expert,” that China is his “adopted country.”  To the average reader, this would lead one to reasonably believe that Mr. Fenton spent quality time in China—that he took the time to learn the dialect and the culture.

Unfortunately, this was not and isn’t the case. Fenton was asked back in August if he spoke Chinese.

“No, I don’t,” was his reply. In actuality, the former DMG employee was only in China a handful of times, according to sources, and never worked on the actual marketing or distribution of the films he claims to have been part of. Sources close to True Hollywood Talk shared that Mr. Fenton was “really more of a handler for some talent that came through.”

In 2020, where we live in an era of “fake news” and “misinformation,” how can one claim to be an expert on something, in this case an entire country, when they cannot even speak the country’s language and spent less than a few months there throughout their entire career?

Capitalizing off the ignorance of others has only helped drive our country into madness and chaos over the past four years. And this isn’t a good look for Hollywood, which already has a bitter taste in many individual’s mouths.

Prior to his short tenure with DMG, Fenton worked as an agent for William Morris, but admitted in his book that he was fired for being “too nice of a guy.”

But according to sources, there is information being left out, coincidentally. Andrew Tenenbaum, CEO at Creative Management & Productions, who was a former talent manager at MBST, a prestigious management company at the time, said that Fenton worked with MBST for a few years. Yet, there is no mention of MBST at any point in ‘Dragon.’ Why is that?

Tenenbaum acknowledged that Mr. Fenton was in fact employed by MBST for a few years, and that some “bad shit went down.” And he was fired for cause.

According to a former DMG employee, they were told that Mr. Fenton was not only fired from MBST but was locked out of their offices. The source then confided to True Hollywood Talk, that the firing was due to attempted theft of clients and intellectual property.

There is no doubt many of these incidents mentioned in ‘Dragon’ did occur—but they seem to beg the question of whether Mr. Fenton was actually the one responsible for them.

Chris Fenton promises a “deeply revealing memoir” with Feeding the Dragon, but is it actually just a “glossy, dimensionless jerk-off session with a shoddy Chinese backdrop instead? You decide.”

You can listen to the 1-hour and 22-minute review here.

At the end of the day, it is up to readers to decide for themselves what is truth from fiction—but the mere fact a book could be published with so little regard for truth and that media outlets have forgotten the meaning of “investigative journalism” only lends favor to the disturbing truth that information can no longer be assumed to be true—even from our own media.

How Professional RESULT Life Coaching Can Elevate Your Life