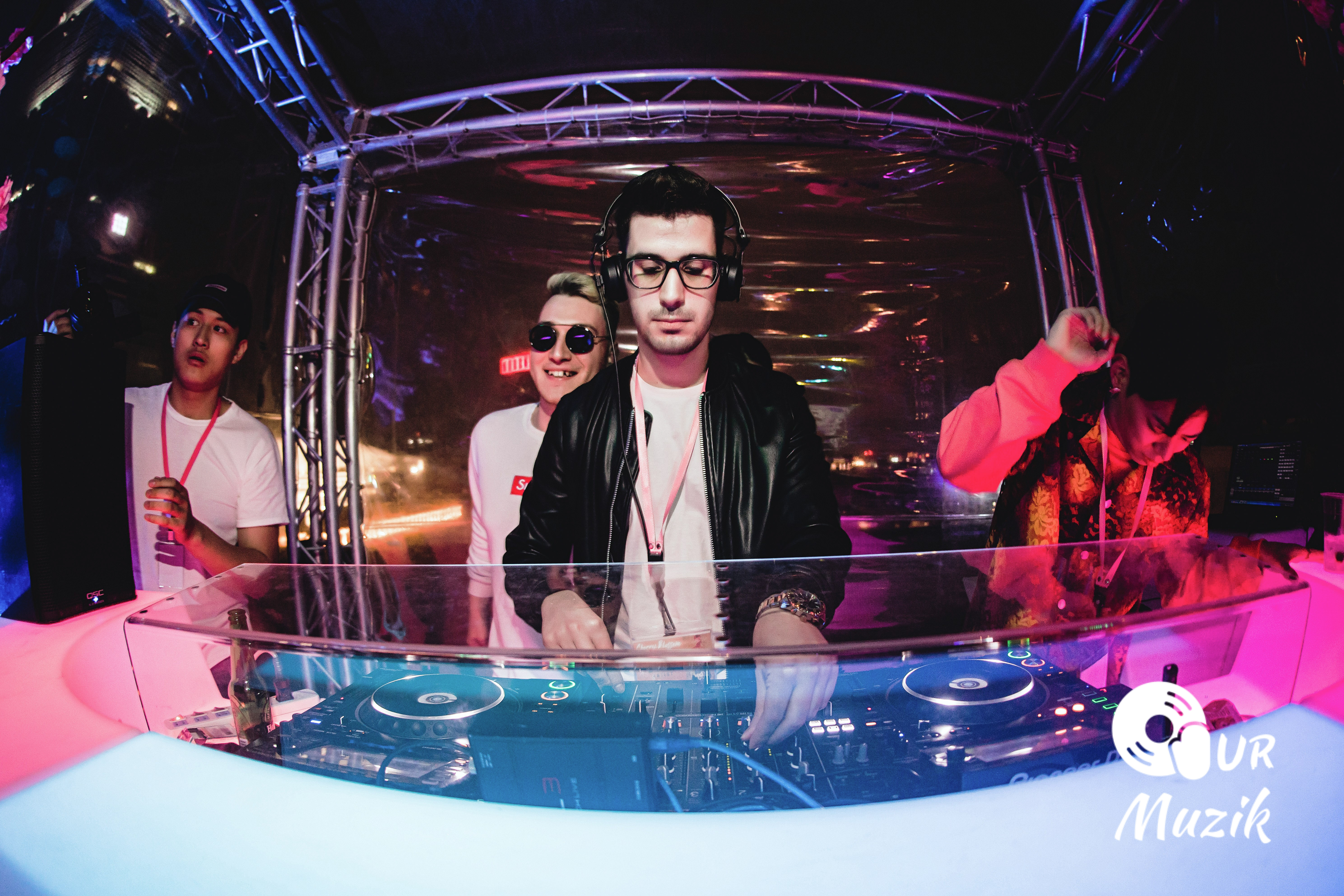 “All semblances of music stir up emotions in the listener.” From a soothing, serene feel to an energizing, vivacious beat drop, music has been avowed as a form of art that connects the mind, body and soul. With the emergence of novel and unconventional forms of music, people have acquired a varied taste. Indistinguishably, the artists with such caliber have also been asserting their dominance in their music cultures.

Giorgio Leone IT is an Italian DJ and Producer instituting benchmarks in the techno music culture. Born and brought up in the regions of Catania, Italy in 1991, the accomplished and virtuous talent is presently established in Taipei, Taiwan. Cultivating interest, since the early childhood days, he had developed a strong sense of proclivity towards the Techno music culture. Particularly, Techno, Tech-House and House music but of commercially fewer features. Tightening his grip on his music interests, he commenced his venture and initiated to frequent and elevate Catania’s techno scenario. The essential ladder steps to achieve perfection in order to imbibe a music culture were expounded by the music connoisseur

Endeavoring and striving to lead the stance to perfection, fluttering around Giorgio Leone IT got acquainted with other DJs and Producers who with a collaborative mindset had similar interests. This led him to get the ball rolling and he commenced his venture and became a Disk Jockey. By the same token, to inculcate the torrent of emotions that music permitted him to feel, he approached the production arena, to infuse this into his productions and DJ sets. To assert that “sky is the limit” his mindset was to instill innovation and create his own style.

Radiating warmth and sensation, Giorgio Leone IT is fascinated by the music atmosphere and aims to layout the best vibes in the surroundings. His endeavors have led to the establishment of the fundamentals of “Our Muzik”, a group of which Giorgio is the illustrious founder , which aligns themselves with the principles to culture underground parties and spread techno culture. He has strived to procure their pioneering successful event, the “Yellow Summer Groove”.

The M&M: Motivation and Mentors:

Passion, the word has been ever prevailing and has been heard by the masses. But Giorgio Leone IT has showcased that efflux of passion throughout the journey is essential. A sudden upsurge is momentary, but continuity and keeping the flame burning is the key factor. Giorgio’s passion for music formulated the fundamentals for his venture and lie at the very core of his beliefs. Since he was a teenager, he had vowed to make others great and create an ecstatic atmosphere, while others listen to his creations.

Slipping into nostalgia, Giorgio Leone’s IT’s remarks about his mentors were felicitous. Rejoindering that peers and friends are the most influential beings in our lives. To contribute to the nurturing interest in music, all his DJ friends back at his native had corroborated him, while he attended his first club during the teenage. Nobody could be the best mentor other than the right set of friends.

The journey without a foreseeable aim is a futile one. Growing up while listening to a lot to Amelie Lens, Cosmic Boys, and Umek, Georgio’s aim has been a walk towards progression, to become a newer version of myself with each stride. Aiming to go global and organizing music tours, around Asia, and scaling up “Our Muzik”, his adjoining goal has been to let others feel the emotional upsurge that he undergoes while creating and listening to his workpieces. He wants to have the music wave ripple from Europe to Asia.

Always know what to accept and what to ignore. The music industry has been ever-expanding. Giorgio Leone IT commenced with the ideation of being the carrier of happiness. He has been trying his level best, yet not always kind words are rendered. People have differences of opinions and variable tastes which are inevitable and undeniable factors. He believes that such instances should be ignored and strength should be sought from the supporters of your own tastes. That is the point of contrast.

Having a multitude of releases and innumerable achievements incorporating Frequenza Records: EP Chronicles, Vulkano Records: My love for you, Huambo Records: Wmc MiamiSampler 2021 Various Artists, Neu Gravity: EP Infectious, EP Resistance,MisuMisu Records: Charlene, Giorgio Leone IT is a persona who believes conceptually in dreams, and wants everyone to pursue and never give up on their dreams. A positive environment introduced with fearlessness is bound to propel one to the viewpoint of glory as it has been in his case. His journey has been a consequence of the overwhelming support from his friends, family, and fans, and he believes that if the right mindset exists, then one can always rise up and acquire what one aspires.

Giorgio Leone IT on social media:

Related Topics:ArtistGiorgio Leone IT
Up Next

The E Yuan Is Here! We Discuss its importance with YuanPay Team