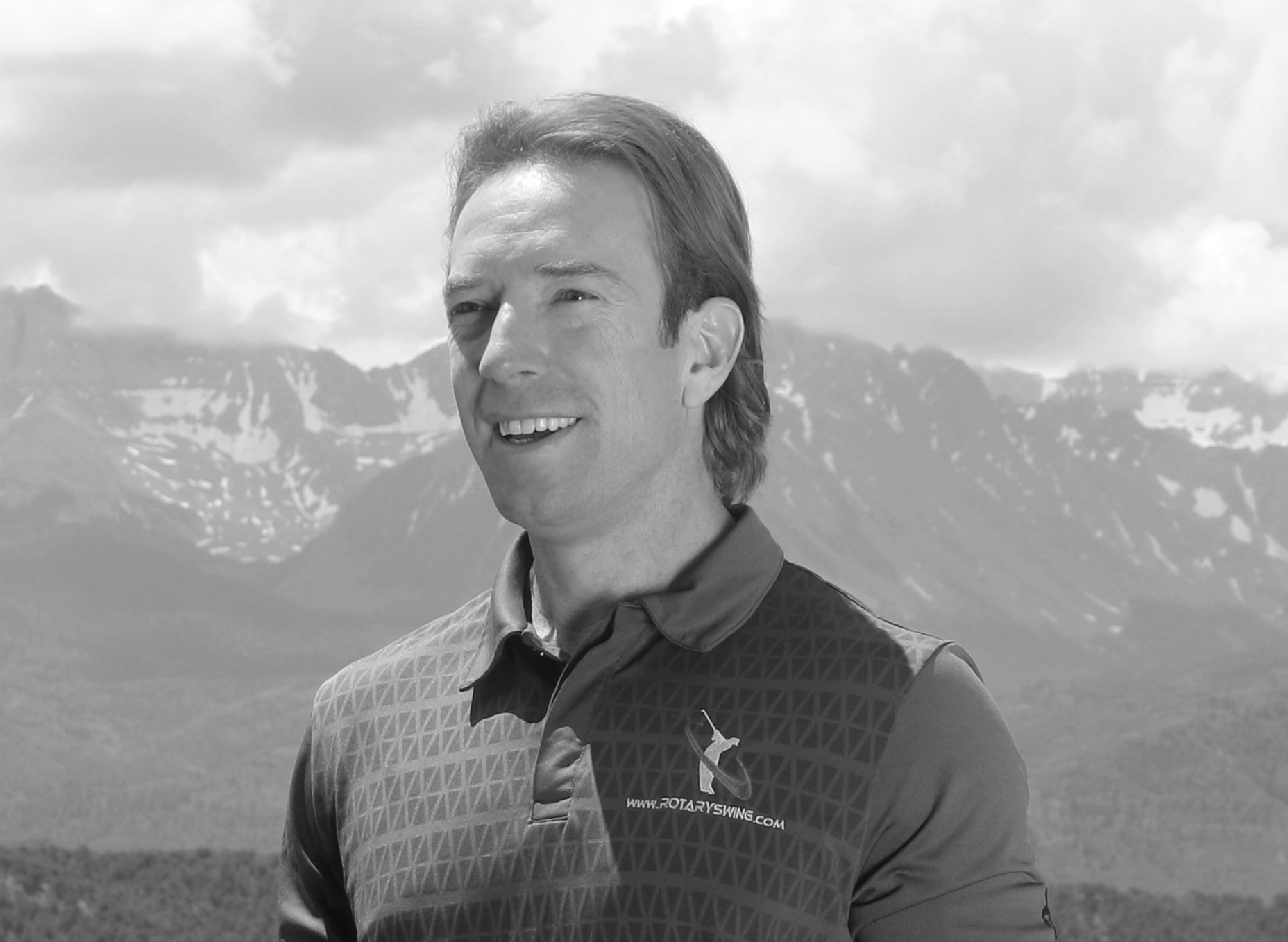 Chuck Quinton is the author of the popular “The Rotary Swing” golf instruction book that has sold thousands of copies worldwide, as well as the instructional DVD series, “Swing Plane Made Simple,” “Short Game Made Simple,” and most recently the “Rotary Swing Tour Certification Manual.”

Chuck Quinton’s instructional website, RotarySwing.com is one of the largest golf instruction sites on the Internet today with thousands of visitors per day. It hosts over 300 instructional videos that Chuck Quinton has created, as well as over 150 articles he has written. His videos on YouTube have been viewed millions of times and he has been featured as a guest on ESPN Sports Radio numerous times, as well as several local radio shows around the country.

We had the opportunity to talk with Chuck Quinton about how he decided to make golf his priority and the fundamentals of the golf swing.

You balanced pro snowboarding and golf for a while. What made you choose golf?

When I was in college I was trying to be the first person ever to climb and snowboard down all fifty-four 14,000 foot peaks in Colorado. As I started doing that, it started getting some press. So I was doing some magazine interviews and things like that. The next thing I know, I had a chance to snowboard professionally for a living. At that time, it was probably the coolest thing I could imagine.

I was on a golf scholarship but when the snow started flying, I was on the mountains snowboarding. I got to the point where I was climbing mountains and snowboarding 150 days a year and I had to seriously consider what I wanted to do. For a while, I took a little breather from golf and I stopped playing. My senior year of college was focused on the snowboard mountaineering stuff. Then I realized they’re not paying me enough to risk my life doing what I’m doing. So golf came back in but I took a couple of years of hiatus there and then after that I just focused on golf for the next 20 years in my life.

How does one learn how to swing properly?

When it comes to the swing, you’re moving almost every single muscle in the body at once. At some point, they all have to engage and it has to happen in a certain sequence. This is really simple when you understand it from the inside out.

When you have no idea what’s going on with your swing, you’ll try to do 50 different things, not knowing which of those things apply to you. All of a sudden you’re chasing your tail around in a circle going from one swing thought to the next. You need to get out of the cycle of trying 50,000 different things and hitting 1,000 balls a day just to see what works for you.

Most people are looking for a quick fix, but it doesn’t work like that. You’re not going to read a tip and all of a sudden perfect your swing.

Rotary Swing is six specific steps and if you do these basic moves correctly, then you start stacking pieces on. But you can’t just go to the top of your swing and say, “Oh, well, my pinky is like this at the top. So maybe that’s causing all this stuff,” when you haven’t looked at the structural stuff, the setup, your axis tilt, or your rotation.

How do you balance what it should look like to set yourself up for success versus becoming obsessed with how it looks?

Videos and the mirror are the most valuable training aids in the world. In fact, they’re the only training aids that you need. Initially, when you’re trying to make changes, you have to rely on what you see. So you need to understand that a mirror and a video camera are the best weapons, but they’re useless if you don’t know what you’re looking for.

You have to recognize the importance of your structure because when you lose your posture, all bets are off. If you don’t understand that, then looking at the video doesn’t matter because what you’re looking for at that point is just symptoms. You aren’t fixing the problem but just addressing the symptoms and that is the most frustrating way to work on your swing.

My biggest goal is to have people join Rotary Swing and then be able to kick them out as fast as humanly possible because I taught them what they need to do and how to be self-reliant.

Griffin Kapelus Discusses the Realities and Importance of Social Work