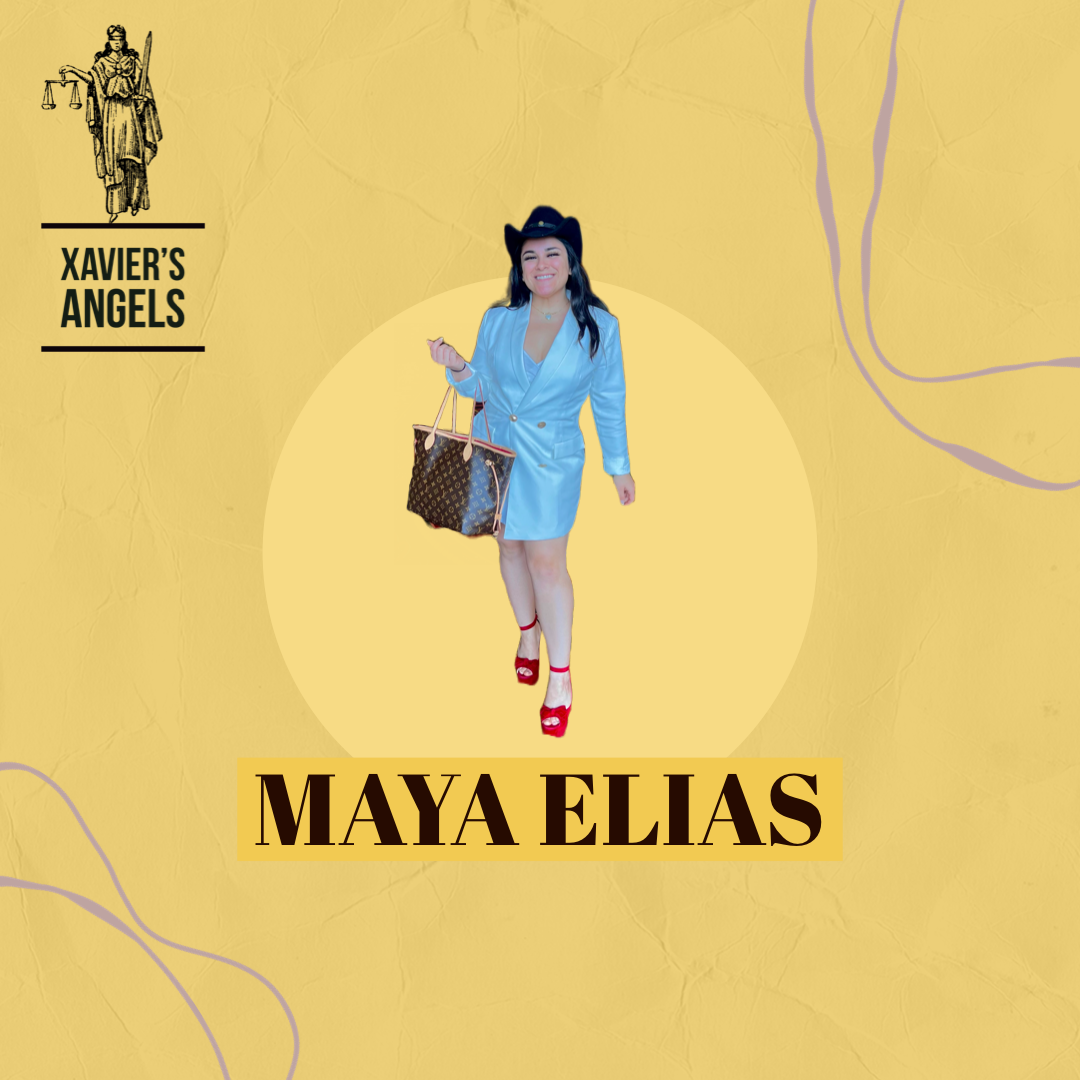 Maya Elias, a criminology and criminal justice graduate from Florida Atlantic University. Maya has been interested in the criminal justice system for a long time, particularly how it affects elders and people who are unable to defend themselves. As President & CEO of Xavier’s Angels, Maya works to improve the situation of older persons and the intellectually disabled. She uses her social media sites to raise awareness about an issue that is frequently overlooked. Maya also works as a criminologist, researching elder & Guardianship abuse and its perpetrators.

Xavier’s Angels was founded in memory of Maya Elias’ beloved uncle, Xavier Elias. Xavier lost his fight against the abuse and neglect of his court-appointed guardian in Miami, FL. Xavier Elias, known on social media from the #Justice4Gogi hashtag that has been trending on Tiktok and Instagram, had Autism and Cerebral Palsy since birth. The North Miami PD closed his death investigation without conducting an investigation into his death which Maya has fought to reopen since his passing on March 1, 2021.

The mission of Xavier’s Angels is to help spread awareness and education about the pervasiveness of guardianship abuse and the breath of people it affects. They support families who are going through or have gone through guardianship abuse and raise funds for investigative journalism projects to shine a light on this issue so that we can work together to create change. They have also launched a petition drive to encourage the North Miami Police department to reopen Xavier Elias’ death investigation so justice can be served.

Maya Elias is currently working on a series called “Guardianship Talks” on her podcast, the Miami Girl Podcast streaming on Apple, Spotify, and google. During this series, she speaks to victims, family members, professionals, and advocates against guardianship abuse from across the US.

Over a year has passed since Xavier Elias passed away, and the office of Professional Guardians is still investigating his case. Xavier Elias became a ward of that state as a result of an emergency hearing that occurred less than a month following the passing of Xavier’s father in the early 2000’s. The guardianship agency submitted a “Diligent Search for Family” to the court claiming he had no next-of-kin, however, documentation from Florida’s department of children and families post dated prior to the hearing prove this to be a lie, documenting the names and contact information of Xavier’s family. For years the Assisted Living Facility owner never informed the Elias family in all the visits and phone calls that he was a ward of the state. Only until he was hospitalized in 2018 for a Drug overdose that caused him to collapse and fracture his orbital bone did their family find out this information from the hospital.

Meanwhile, Maya Elias has been working on a series called “Guardianship Talks” on her podcast, the Miami Girl Podcast. She hopes to help others who may be facing similar situations by raising awareness of this issue. Also, to help families understand what they are up against and tips that are non-legally binding to help them. Guardianship abuse is a severe problem, and we must continue to work toward finding solutions.

She’s launching an NFT project called CHONKY BOI to raise money for her charity. This project will have real-world application, and being a verified owner of one of these NFTs will allow you access to real-world events and unique holder perks. There are many more advantages, including exclusive docuseries on guardianship abuse, staking, goods, and more. She also has an event in Miami called Savor Justice, where artists will use art to bring awareness to the issue. Maya’s goal is to work toward changing legislation on the state and federal levels so that anybody suffering from this problem could be better protected in the future. Because she could not save her uncle, she may try to assist other people in his memory. As a result of these advantages and this event, Maya’s charity will get not only financial support but also be able to reach a larger audience.

Her uncle’s situation is not an isolated incident, and urging the North Miami Police Department to continue this investigation would help bring #JUSTICE4GOGI. But, it will also raise awareness around the pervasiveness of this issue happening amongst the intellectually and cognitively disabled communities across Florida and our country. This issue is a nationwide problem, and many police departments have yet to understand how to help families dealing with claims of Guardianship abuse and neglect.

Please connect with Xavier’s Angels on their Instagram handle @xaviersangels if you or someone you know is a victim of guardianship abuse, or would like to follow their fight for justice. They also have a Facebook page for the not-for-profit organization https://www.facebook.com/Xaviersangelsnonprofit Her personal Instagram and TikTok accounts are as follows:@mayaeelieus.

Tiktok #Justice4Gogi has over 400,000 views, which is being utilized to elicit public support in seeking justice for her uncle Xavier Elias, affectionately known as Gogi (Go-Ghee) by family. Visit https://linktr.ee/Mayaeelieus for her social and academic research.

Related Topics:Maya Elias
Up Next