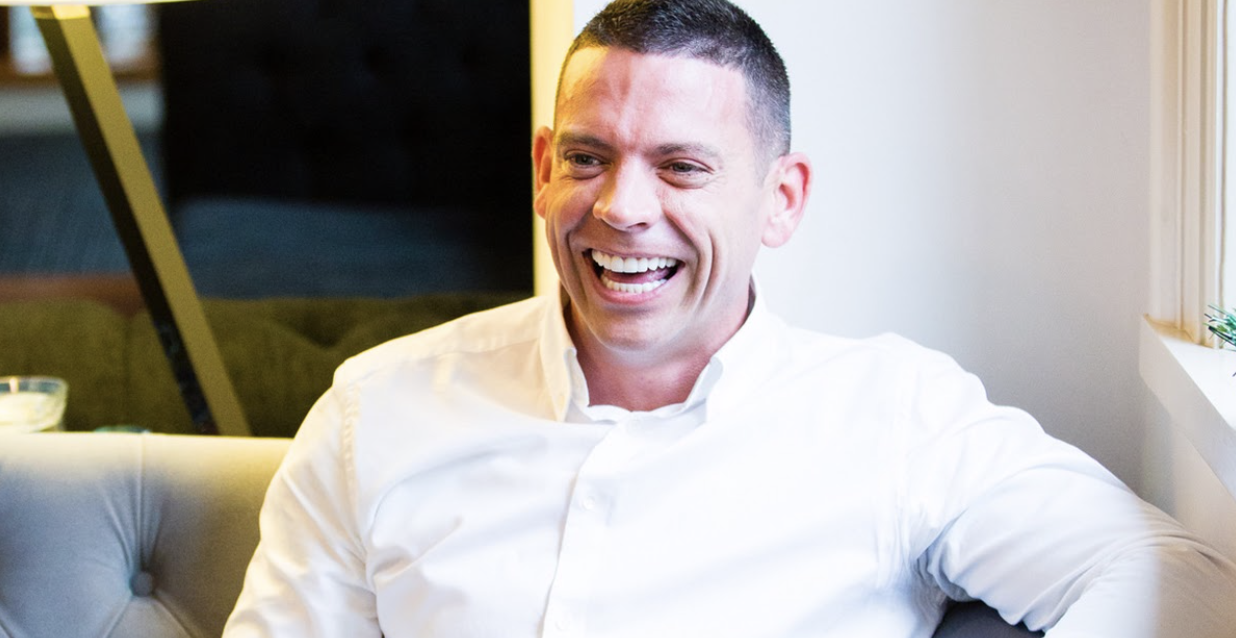 Liam J. Ryan can recall the moment he left the UK to start a new job in Spain at the age of 20 as if it were yesterday. “I remember looking into my mum’s eyes at the airport and saying, ‘I don’t quite know what’s on the other side. But you and I – we’re going to become millionaires.’ My palms were sweaty, I was nervous and every part of my body told me to get off of the plane, but I was committed,” he says.

It’s precisely this hunger to succeed that’s propelled Ryan forward from the age of 6 when he would charge his family members £2 to watch him perform Michael Jackson dance moves. Brought up in a rough council estate by a mother who was struggling after the breakup of her marriage, Ryan has overcome substance addiction and business failure to co-found Assets for Life, a successful property investment, business, and wealth training company.

With over £28,000,000 worth of property deals, Assets for Life helps people build property portfolios by investing their money in risk-managed property. “At the end of the project, we return the funds at a fixed rate and net our clients a tidy profit,” Ryan says. “We buy the property, add value to it and sell or refinance it at a higher price point.”

As well as property portfolio management, Assets for Life provides a mentoring and coaching service. Most of the business lessons are based on Ryan’s personal experiences, which he’s documented in the best-selling book, Bricks, Mortar and Other People’s Money.

Even as a young boy, Ryan would never shy away from a business opportunity. “I’d sell sweets to other kids at school and wash cars for our neighbors. At one stage, I also did the paper round and worked at the local greengrocer,” he recalls.

Seeing the potential in her son, Ryan’s mother introduced him to a man called Tim, a local market trader. Tim taught Ryan everything he knew about the art of negotiation. “I learned the lingo, how to sell, and how to build desire,” Ryan recalls. “I used these skills to sell perfumes, jeans, and T-shirts to other students at school.”

One day, a “Massive Commission” sign appeared in one of the neighborhood shop windows.  “They were looking for door canvassers. But then I read the small print – it was only for people aged 16 and over. I was 15 at the time, but I dumped my school bag and walked right in. Before I knew it, I was knocking on doors to sell double glazing. It’s here that I refined my sales technique.”

After graduation, Ryan used his skills to get hired as a salesman at an insurance company.

“My first day, a guy walked up to me and said something I’ll never forget — ‘Welcome to National Direct, you’ll never be number one.’ He was the company’s best salesperson and everybody knew his name. I used everything I knew to become better than him.”

Despite his obsession with building a career, Ryan ended up succumbing to the destructive world of drugs. “My relationship at the time had finished and my best friend moved in with me. My house became a party house,” Ryan says. “Luckily, I still couldn’t help wanting more out of life. I knew there had to be something bigger and better out there for me.”

Ryan’s battle with addiction was only just beginning as he pursued more lucrative job opportunities overseas. One was a position at a large international marketing company. “I sat the interview in London wearing a suit two sizes too big for me and miraculously landed the job,” he says.

The experience proved challenging. Ryan had to adapt not only to the new culture and climate, but also to his new role of generating leads. “For the first three weeks, it was a real struggle,” he shares. “I couldn’t get the script, it took me nearly a month to make my first deal, but I stuck it out and eventually started to excel.”

Ryan soon found himself burning the candle at both ends. “My crowd was involved in drug use and to cope with how hard I was working, I once again resorted to taking cocaine and drinking,” he says. “After a couple of years, the situation began to get really out of hand.”

Despite his destructive lifestyle, Ryan was yet to feel the most devastating effects of his lifestyle. After the company he was working at folded, he decided to go it alone and soon was at the helm of a 50-employee venture.

“I decided to invest some of the company’s revenue in property overseas, but I made every mistake in the book. I watched some YouTube videos, saw a couple of TV shows, and decided to do it. Unsurprisingly, I eventually lost two million Euros,” he admits.

While he managed to keep his business afloat, Ryan’s drug addiction hit a new low on a company trip to Ibiza when he almost died. “I realized I needed help, and flew back to the UK to go to rehab. I was clean for 62 days, but then I started using again,” he says. “I just couldn’t get it together. So in 2008, I went to South Africa and committed to rehab for a further six months. That was the start of learning how to live my life afresh. I haven’t touched drugs for nearly a decade now, and I’m so grateful I took that leap,” he continues.

After returning to the UK in 2014, Ryan founded Sprint Energy Solutions, a company that sold renewable energy products. While the business was very successful, it lost momentum after the government decided to cut incentives for homeowners to use renewable energy.

“Our team of 115 dwindled to eight, and what was once a great office became a ghost town. One day, we received a phone call from a guy called Jay Munoz. He asked for an energy assessment and panel installation before the new tariffs came into effect. I had no idea that this call was about to change my life,” Ryan says.

“Jay Munoz was a professional property investor and a chartered civil engineer who was working on some huge property projects in London. We hit it off right away and arranged to meet again and view some property deals,” he continues.

One day on a spur-of-the-moment, Ryan suggested that the duo goes into business together and the rest is history. The two founded Assets for Life, an investment company in the UK that offers coaching and access to a group of like-minded professionals. One of the company’s most popular programs is the Property Millionaires Bootcamp, which teaches participants a time-tested 7 step property freedom formula.

“While my upbringing wasn’t easy, I always knew that I would be financially successful. Despite a multitude of obstacles, I’ve always persevered to reach my goals,” Ryan says. “I believe that with commitment, drive, and resilience anybody can achieve the kind of financial freedom that I have today.”

It’s Phishing Season: How to Keep Your Company Safe Online