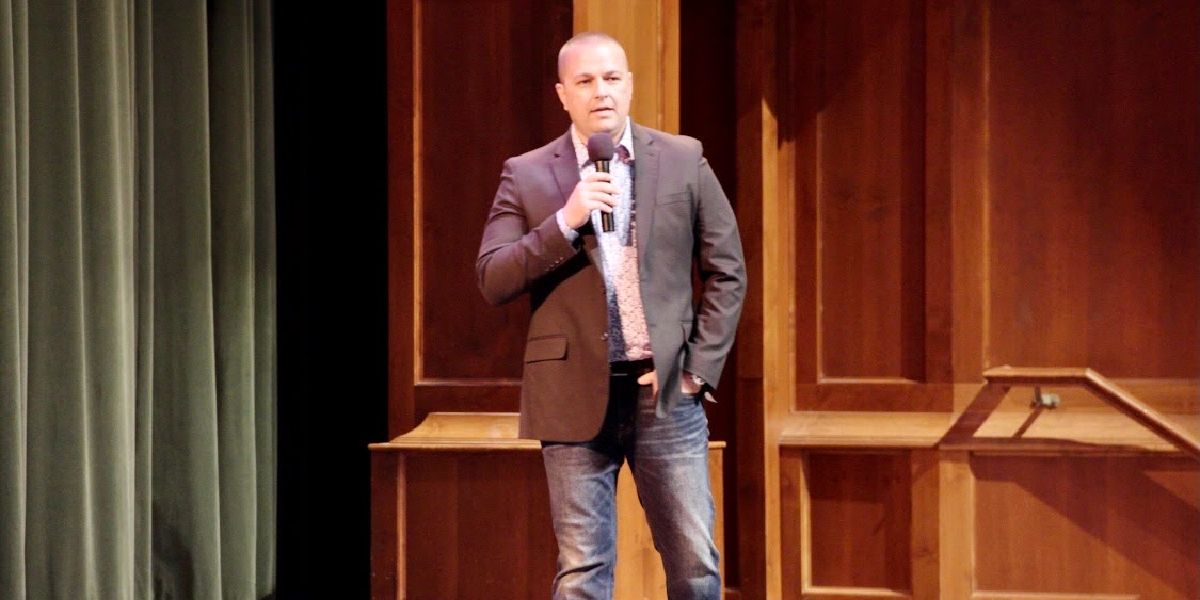 Failure is an essential piece of the recipe called success. Travis Richey knows that fact all too well, having raised millions of dollars and invested in over 25 companies. However, due to a regulatory oversight in the State of Arizona, he was charged with transactions of an unregistered securities dealer and sentenced to two years in prison. The 17,532 hours he spent in prison became the framework of his new mission in life.

Equipped with an MBA in Finance and a PhD from the school of hard knocks, the esteemed entrepreneur founded AccomplishED Ventures, which aims to provide incarcerated and returned citizens a second chance at a successful life. AccomplishED is currently the United States’ largest prison content provider, with its presence spread across 11 states and over 365,000 prison tablets nationwide.

Currently, Travis Richey is bringing along other exceptional individuals, who are the definition of second chances in life and creating a startup called Convicted Conference. He is joined by fellow entrepreneurs and motivational speakers Sean Crane, Peter Meyerhoff, and Ryan Stream. Sean Crane spent over 2,000 days in prison, transforming his life forever. Nowadays, he is on a mission to share the life-changing lessons he learned to people who feel stuck or lost but know they are made for more.

Sean is an accomplished life coach, bestselling author of his newly released book Prison Of Your Own, and a highly decorated motivational speaker. “If I did this from a prison cell, I promise you can take control of your life too! You deserve it, and you are far more capable than you realize!” said Sean Crane.

Peter Meyerhoff is a motivational speaker, sober life coach, and hosting the acclaimed podcast Roll Call with Chappy. The early years of a troubled teen tampering with substance abuse caused Peter to find himself on the wrong end of a 12-year prison sentence. His passion is helping others succeed after facing adversity and wants everyone he meets to know the only limits are the ones we place upon ourselves.

Ryan Stream is a two-time war veteran, award-winning musician, and motivational speaker. His life purpose is to entertain audiences around the world with his gift of music and motivation.

Together, these men have over two decades of incarcerated time, homelessness, drug-addicted parents, and an upbringing that is far from ideal.  They also all have successful marriages, beautiful and healthy children, best-selling books, dozens of employees, numerous companies and millions of dollars in businesses between them. The story is in the struggle, not in the avoidance of it.

Together, Travis Richey, Sean Crane, Peter Meyerhoff, and Ryan Stream will electrify audiences around the world with their story of hope and persevering. Their mission is to speak to the people who might be a little down on their luck and don’t have a circle of influence to turn to for resolutions on their problems, addictions, or financial struggles.

Through Convicted Conference, they are hoping to put 100,000 individuals together through their Conference and provide the resources and life skills the attendees need to build a life they are proud to call their own. Travis Richey says “biography does not determine destiny.”

In 2022 watch for these conferences in cities around the country like Boise, Salt Lake City, Phoenix, Las Vegas, Scottsdale, and Dallas. Crane says “everyone will leave our conference being convicted to live the life of their dreams.” They hope to inspire more and more people with their stories of success and second chances, one day at a time.

Learn more about Convicted Conference by checking out the official website.

Jem Bourouh’s Mission to Conquer Obstacles and Hit His Goals