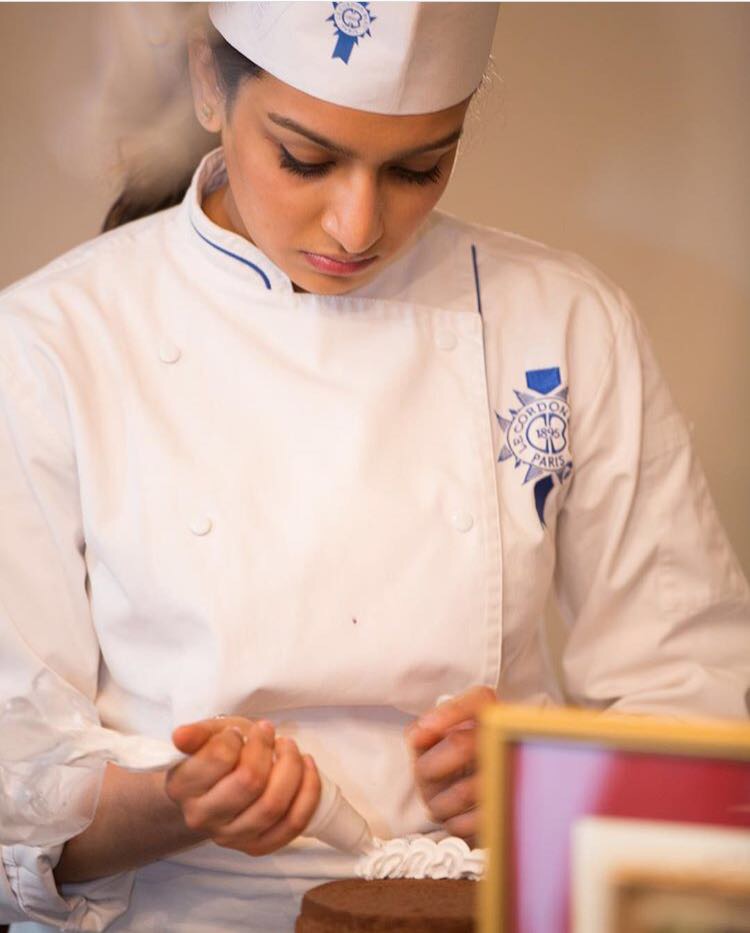 A chef’s creativity is often shaped by the flavors of home, curiosity about exploring an ingredient to its full potential, an urge to reimagine a dish and the desire to drive social change. Donning many hats of a chef, food consultant, and an entrepreneur, Sneha is most known for being as much of a creative rebel with her food as she is with her life experiences. Chef Sneha Singhi Upadhaya imparts meaning to every dish on the menu of her restaurant Le studio in Kolkata, India.

That Indian cuisine has flavor, variety, and depth is no secret but it has never been adequately showcased or celebrated in the world of fine dining cuisine. Chef Singhi was an apprentice of Pierre Herme in Paris and Laduree in London. She was also a student at Le Cordon Bleu Paris where she learned about the culinary arts. France has set itself at the forefront of cooking since its placement. Food developed a passion at the mere age of 13 in her which later on become a huge part of her identity. With her roots tied to Indian cuisine, she has established a restaurant, Le studio and Paris Cafe, a cafe that brings the delights of French cremes and pastries to Kolkata, India. To inch closer to the stars on her screen, she bakes cakes for them when they visit Kolkata. In the past, her cakes have been enjoyed by the likes of Ranbir Kapoor, Alia Bhatt, Varun Dhawan, Katrina Kaif and Hrithik Roshan.

Over the last few years, chef Singhi of Indian origin has not only changed the way Indian cuisine is perceived but also won top honors for her culinary delights. She has been awarded the BBC Pastry Chef of the Year and the East India, Young Restaurateur of the Year. Working and sharing kitchens with famous chefs like Sanjeev Kapoor, David Rocco, Pierre Herme, Chef Singhi has surely carved her way to the top. Whether it is through her restaurants or being the Host on the famous Indian Food Channel, Food Food, and the chef allows us to connect to our Indian roots and enjoy fine dining with our family.

Learn more about her inspiration and journey this far through her interviews with Feministaa, and Aparajita, her interview with David Rocco, and her baking sessions with Food Food. You can check out Sneha Singhi’s delectable recipes on her Instagram handle @snehasinghi1 or visit snehasinghi.com.