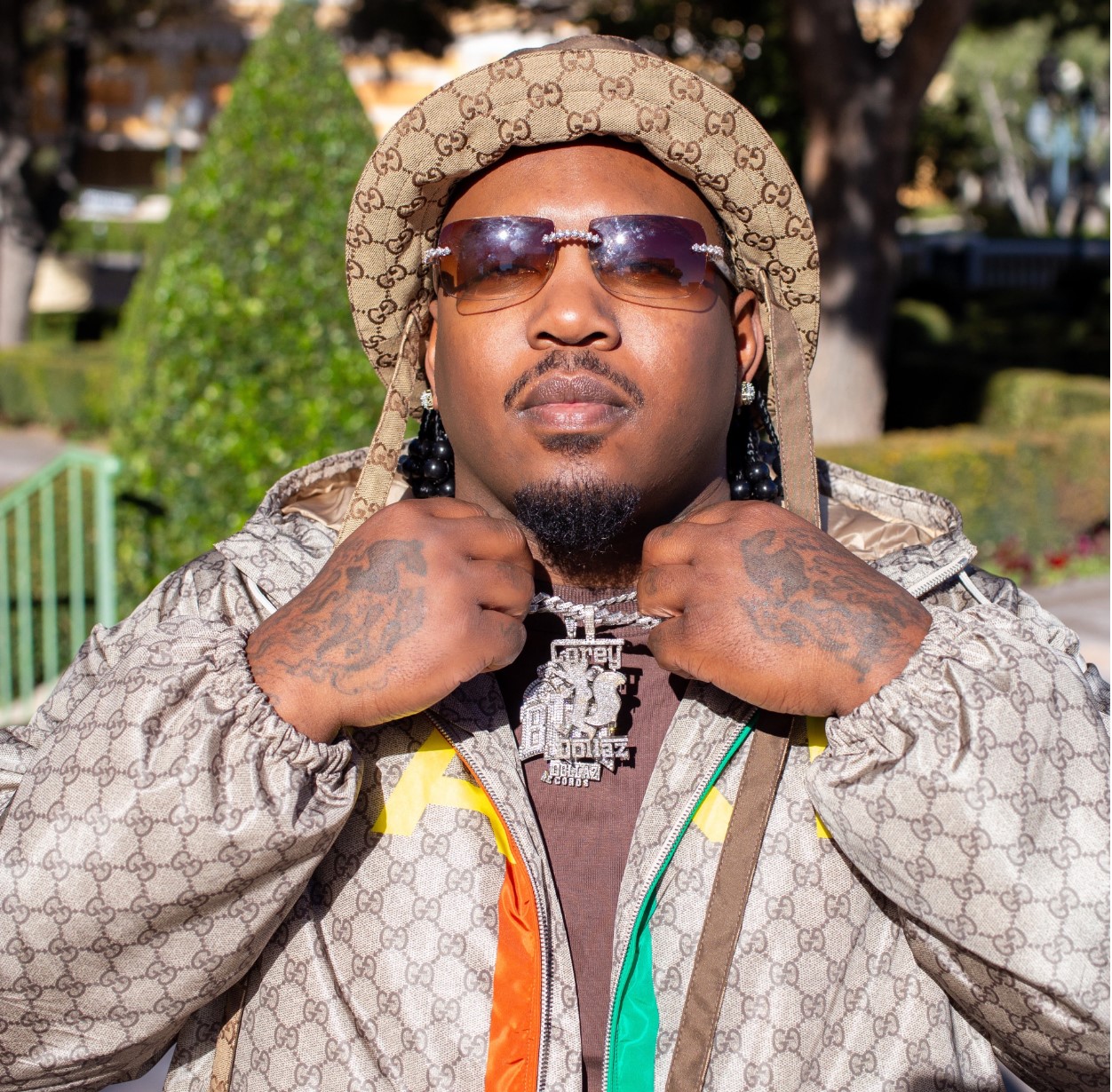 “Scams and Grams”  is arguably one of the hottest Mixtapes coming out of Michigan right now. It drops April 30th off of Corey Dollaz’s Big Dollaz Records imprint. I am hype for this release and would encourage anybody reading to put it on your radar as it’s right around the corner!

Truth be told, I am always rooting for emcees who also wear the entrepreneur hat, and that’s very much the case with Corey Dollaz. Well-connected in Las Vegas, Atlanta, Los Angeles and beyond, Corey is even utilizing his success in business to give back for the next generation of dreamers. Having come from financial hardship himself, he created a scholarship fund for a college bound student in need (awarded to a student at his former high school in Saginaw, Michigan). As an entrepreneur in the entertainment industry there is always money to spend, so giving back says a lot about a person.

As a writer, he hangs his hat on being able to pen a vivid narrative, capable of painting a clear enough picture to keep the listener engaged throughout. With Corey Dollaz braggadocious scam stories, and NoLov3 Peez heartfelt bars about going from Rags to Riches, every song is a banger. The dynamic and chemistry among all of the artists involved certainly permeates throughout, front to back. This whole project was produced by Wayne616 who is one of the fastest rising producers out of Michigan.  Wayne616 was a part of creating the sound for Flint’s new music scene with Rio Da Young OG, YN Jay, and Louie Ray and now he is lending his talents to Saginaw.

Corey Dollaz recently linked with Zaytoven to do a joint EP, so he is on his way to becoming a household name in no time. It’s that kind of power moves that will continue to separate Dollaz from the pack. Dollaz is also simply likable as a personality and really comes across as genuine in both life and music. Stories of overcoming adversity, hardship, and the steepest of odds never get old, especially when they’re coming from a believable source who the listener instinctually wants to root for. I think that holds a lot more weight than most people acknowledge. Fortunately, everything he has done to date and has projected for the future is pointing to a great deal of success for Corey Dollaz.

From breakout project “Flossin Season” to being found innocent in a murder case, Dollaz has already been through more highs and lows than most, all while staying dedicated to his pursuit of greatness in music. I’m expecting nothing but big things from Corey Dollaz. Give Corey Dollaz a look, listen, follow, etc. below:

Check Out STIMULUS Who Could Be The Next Big Thing

Do You Doubt Starting From Scratch? Meet This Mentor-Tony Solo Hearst