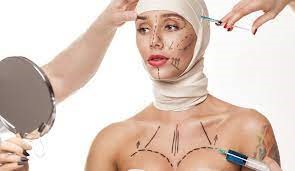 Body positivity, fat activism, and size acceptance are now part of the cultural lexicon as believed by many. But the statistics narrate a completely different story. According to the American Society of Plastic Surgeons, more than a quarter million cosmetic procedures were performed last year. Sadly, this is not a current trend that people have adopted. It has been a practice for quite some time now. And there are many factors governing the increase of cosmetic treatments today. One of the most important reasons is affordability. Not so long ago, cosmetic surgeries or treatments were for the privileged or the uber-wealthy people. But today, even a 47-year-old working professional coming at Clinic Center flew to Turkey to undergo three cosmetic surgeries as a cure for his midlife crisis. Neil Greenwood, from Oldham, went home a new man after having a hair transplant, eyelift, and pearly white veneers fitted. However, Clinic Center’s experts suggest that not every cosmetic surgery falls within the affordability bracket. Celebrities who use these treatments to change their entire outlook require follow-up surgeries and treatments to maintain that look, which is expensive

The story of Neil Greenwood’s motivation to get plastic surgery showcases how men have taken advantage of this process. These days, it’s quite common to see men opting for grooming services, like waxing, pedicures, manicures, and similar service, which were once taboo in their dictionary. Thanks to the entertainment sector becoming more social media-prone, media cues have given men permission to care about their looks. A recent Plastic Surgery Statistics Report showed that there has been a substantial increase in cosmetic procedures among males. In 2017 alone, over 1.3 million cosmetic procedures were performed on males. Perhaps, the most popular one is rhinoplasty (nose reshaping), blepharoplasty (eyelid surgery), breast reduction, and liposuction. Between the years 2000 and 2017, the number of men having tummy tucks, liposuction, breast reductions, increased to 12 percent, 23 percent, and 30 percent respectively.

In the past, when the likes of Michael Jackson tried to change his entire outlook, technological advancements were just a pipedream. These days, technical cosmetic treatments leverage technology to provide a safer and more reliable outcome. Experts suggest that doctors now use instruments and products that deliver results never seen before. Further, nonsurgical treatments have also become a rapidly evolving area. One expert suggested that lasers did not even exist a decade ago. On the other hand, Botox was the only line-smoothing neurotoxin on the market. These days, three other neurotoxins exist, while the FDA approved Jeuveau as the fourth neurotoxin.

Indeed, Botox and Silicon-based treatments were not as safe as one might think. For instance, Botox has been shown to help conditions such as excessive sweating, Bell’s palsy, chronic migraines, or even depression. But experts at Clinic Center suggest that cosmetic surgeries present several health benefits in the present era. One example is women who choose a breast reduction to often get relief from disc or back problems. At the same time, plastic surgery allows people who have experienced weight loss surgery to shed extra skin, which often causes severe infections or rashes. Alan Matarasso, MD, FACS, claimed that the surgeons might not be curing cancer, but the impact and psychological benefit coming from these treatments are quite noteworthy.

The best part about cosmetic surgeries is that it helps in gaining more self-confidence. Confidence is an issue for those people who might not fit society’s beauty standards. And it makes sense, given the bullying statistics that surface every year. Another survey recorded that the motivation among those who want to have cosmetic surgery or had one was to improve their self-esteem and confidence or to feel good about themselves.

This reason is consistent for all surgical and nonsurgical procedures; perhaps, this will not change in the future, even with the awareness and acceptance that’s being promoted today. Aesthetic surgery will always hold importance in the minds of people. After all, people want to present as the best versions of themselves, even if it means taking the aesthetic surgery route.

Even with today’s advancements in the cosmetic industry, finding a reputable doctor who can perform these treatments efficiently is mandatory. The world-class surgeons at Clinic Center suggest that one should find a surgeon who doesn’t say, “This is the best I can do,” but instead says, “this is the best for you.” After all, this is a choice one makes to become better looking, which they shouldn’t compromise on.

Related Topics:Cosmetic Surgery
Up Next