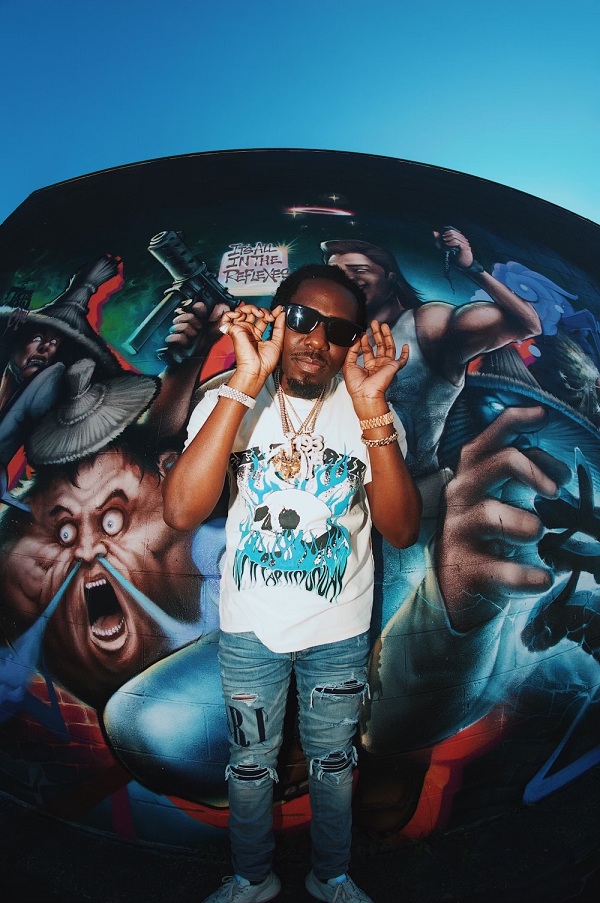 Emerging artist, Blackie Chan, who recently hit the stage at Rolling Loud Miami performing his song “Gucciana” that features Meek Mill’s Dream Chaser artist Tafia, is on the brink of his career. The energy given from the crowd had Chan feeling like a superstar, which has taken his confidence in his music to a whole new level, encouraging him to focus more on releasing and pushing singles versus albums and EPs. However, before the year of 2022 is over, fans can look out for his anticipated project titled “Rush Hour.”

Blackie Chan is known to run with the best of the best when it comes to some of the most iconic heavy hitters in the rap game and doesn’t take it for granted. Having people like Tafia in his corner motivates him to keep polishing his craft and focus more on his stage presence, which he gives 100%. Rolling Loud Miami was the rapper’s first big festival outside of performing at local city wide clubs and shows. This opportunity has only ignited the beast inside of Blackie Chan pushing him to go harder.

Since the pandemic happened, Chan has channeled his creativity and has put all that energy into the booth where he has recorded over 30 songs, which can eventually turn into a life-changing album or EP that can really elevate his career, but, right now, the Miami Gardens rapper is focused on releasing and pushing singles. He understands the attention span of his listeners and doesn’t want to over saturate their likeness of him by diluting their playlist with new full catalogs but giving them hit after hit to build a strong momentum of credibility and artistry.

Blackie Chan’s summer anthem he is currently pushing titled “Woah” produced by Hoodrich Keem, is a fun, catchy dance song created for men, especially women who love the song by the way. Chan understands that women care to be acknowledged, uplifted, and empowered, or even encouraged to twerk. This is a recipe for gaining new women followers and it’s working.

Another record you can turn up to features global rapper Babyface Ray titled “No License.” The official video for the banger is available to watch on Youtube, which has over 6,000 views. Chan says he and Babyface Ray has built a solid friendship over the years and he was even invited out by Ray while he was on the Jack Harlow tour. He also has a R&B song titled “Crazy For You” that features Kavi Sinatra, an upcoming rapper from Miami as well. Chan says the song is giving Gunna & Lil Baby vibes. Lastly, Blackie Chan has put a spin on “FNF” by Glorilla who is now signed with Yo Gotti’s CMG. However, instead of being F*** N**** Free” Chan is shouting how he is City Girl Free. The freestyle and its video is also available to watch on Youtube.

Meet TheGrandWy-Z, The Rising Star from the North Carolina