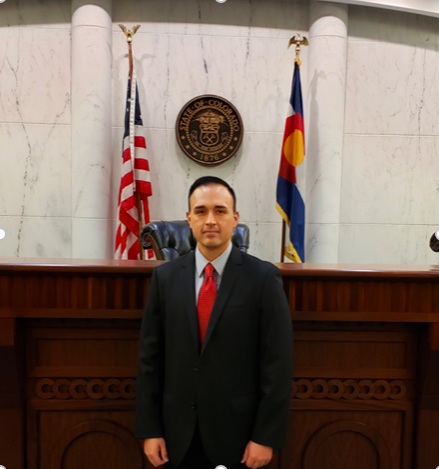 Have you ever wondered why it is that some people achieve what they set out to do while others don’t? Is it really just a matter of an individual being gifted enough or having a certain personality? While it is true that how you are wired can impact what you accomplish, the truth is that we all have the potential to attain our dreams, whatever they might be. Whether we do or not, Mitch Cozad believes, will be impacted by one crucial factor: our refusal to have a safety net, which can cause us to doubt ourselves and to not commit fully to our dreams.

Mitch Cozad knows a lot about long odds and an even longer road to attaining success. He currently works as a criminal defense attorney for the state of Colorado, but he served nearly three years in Colorado’s Department of Corrections for second-degree assault. He freely admits that the road he took to defending indigent individuals was tough and that at any time, an obstacle could have derailed him. Self-doubt, which many people would say was understandable, was never a possibility, however.

“I had never been someone who had a backup plan for my dreams,” he remembers. “The reason is because when you start doubting yourself or the plan that you are on, that is very dangerous to success. By keeping my thoughts on the main goal instead of a fallback plan, I could really focus on what I wanted to accomplish.”

As an inmate, Mitch Cozad had that same mentality. He also had something else: plenty of time to think about what he wanted to do when he was released. He was well-aware of two realities: he would face social ostracism and closed doors as a convict, and he would need a way to provide for himself and contribute to society in some way.

“I didn’t want to be a deadbeat or, even worse, be part of the recidivism rate,” Mitch Cozad reveals. “Instead, I wanted to be a productive member of the community and really advance it. I needed my main goal, though.”

It took a while, but Mitch Cozad eventually realized that he had a secret dream: to be an attorney. He had spent a lot of time listening to other inmates talk about their situations and realized that many were ordinary people who were caught up in bad circumstances and part of destructive cycles for different reasons, which had contributed to them making poor choices and being in prison.

“As I thought about what they had told me and looked to my future, I kept thinking about going back to school and getting my law degree so that I could be an attorney and help in some way,” Mitch Cozad says. “Over time, I knew it was the right path for me.”

He wasn’t naive, though – he knew that to become an attorney, he was going to first need a job when he was released, a place to stay, admittance to college so that he could go after his bachelor’s degree, and money to pay for the tuition. Once he obtained his first degree, he would still need to earn his master’s and, finally, his Juris Doctor.

“On top of that, I would have to take and pass the bar,” says Mitch Cozad. “I saw all of that ahead of me while I was still sitting on my cot in prison, and I refused to believe that I couldn’t do it. That would have derailed me before I even got started.”

He didn’t share his vision with anyone except his parents because he knew that if he did, he would be taking the risk of a small-minded person speaking words of doubt.

“It was a dream they would not have been able to see because God had put it in my heart, not theirs,” Mitch Cozad explains. “I had to have faith in myself, in the plan, and in God and simply go for it.”

To get started on his dream of becoming an attorney, Mitch Cozad took the first step: he figured out where he would go to college for his undergraduate degree. Then he enrolled. Then he attended classes.

“I broke my big goal down into small steps, moving myself forward with each one,” Mitch Cozad says. “I was committed to reaching my dream of becoming an attorney no matter the odds and no matter the rejections.”

The work he put in day after day, month after month, year after year, ultimately added up to him passing the Colorado bar and working as an attorney.

“I had doubts, I had fears, but I never believed I would fail because I knew I would never quit,” Mitch Cozad says. “Nobody ever actually fails unless they quit trying. You have to learn how to fail before you will ever really know how to win. Winners fail and get up, time and time again.”

Goldmark Oakham – The One Who Blows Soul Into Diamonds