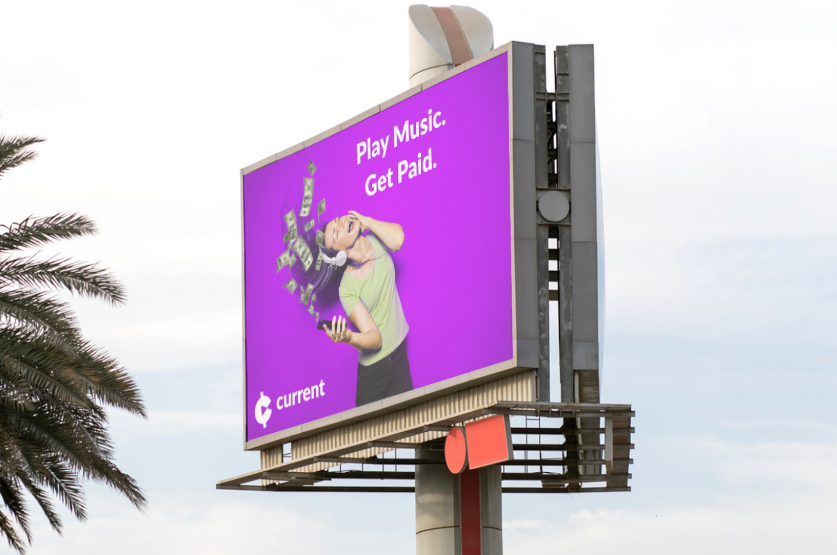 Recently, reward applications have become a trend in app stores as “side hustle” culture has grown. Unfortunately, a lot of these reward apps have a habit of feeling very “spammy”, and it is quite challenging to find one that not only offers a decent user experience but also has legitimate rewards. Fortunately for all of us side-hustlers, there is an app that’s actually worth its salt.

Current is one of the leading apps in the streaming space for the fact that they have found a way to reward consumers for simply streaming their favorite music. While there are ways to earn a bit faster by completing surveys or other small tasks, you can still earn up to $600 a year by just listening to music like you usually do. Completing any of the other tasks is completely optional.

This is awesome because rewards apps usually are constantly interfering with the experience of the user popping out ads at the most unpredictable and inconvenient moments. Pop up ads are perhaps one of the most annoying features an app can have, and Current is gloriously free of any of these. People don’t want to be forced to do something, and Current makes it so if a user engages with an ad, then they did so on purpose, not because they accidentally tapped the screen at the wrong time.

Current is an app that doesn’t require you to change anything in your lifestyle. The only thing that Current needs a user to do is to download the app and stream their music just as they always would. Nothing in their daily life changes besides the fact that they now earn rewards while streaming their music.

So just how does this work exactly?

Simple. First, a person needs to download the Current app from either the Apple App Store or Google Play. Next, they create an account within the app, and right after signing up, the user is given a digital wallet. This is where the rewards will stack up and be collected. Lastly, stream your favorite music through your favorite music platforms and begin earning rewards as you stream!

Stream culture has taken the world by storm. Forget cable and forget the radio.  Now people have the ability to listen and watch what they want when they want. It’s no question why people have made such a giant shift to music/video streaming. Since it’s so new, there are many things that could be improved, and that’s just what Current has done.