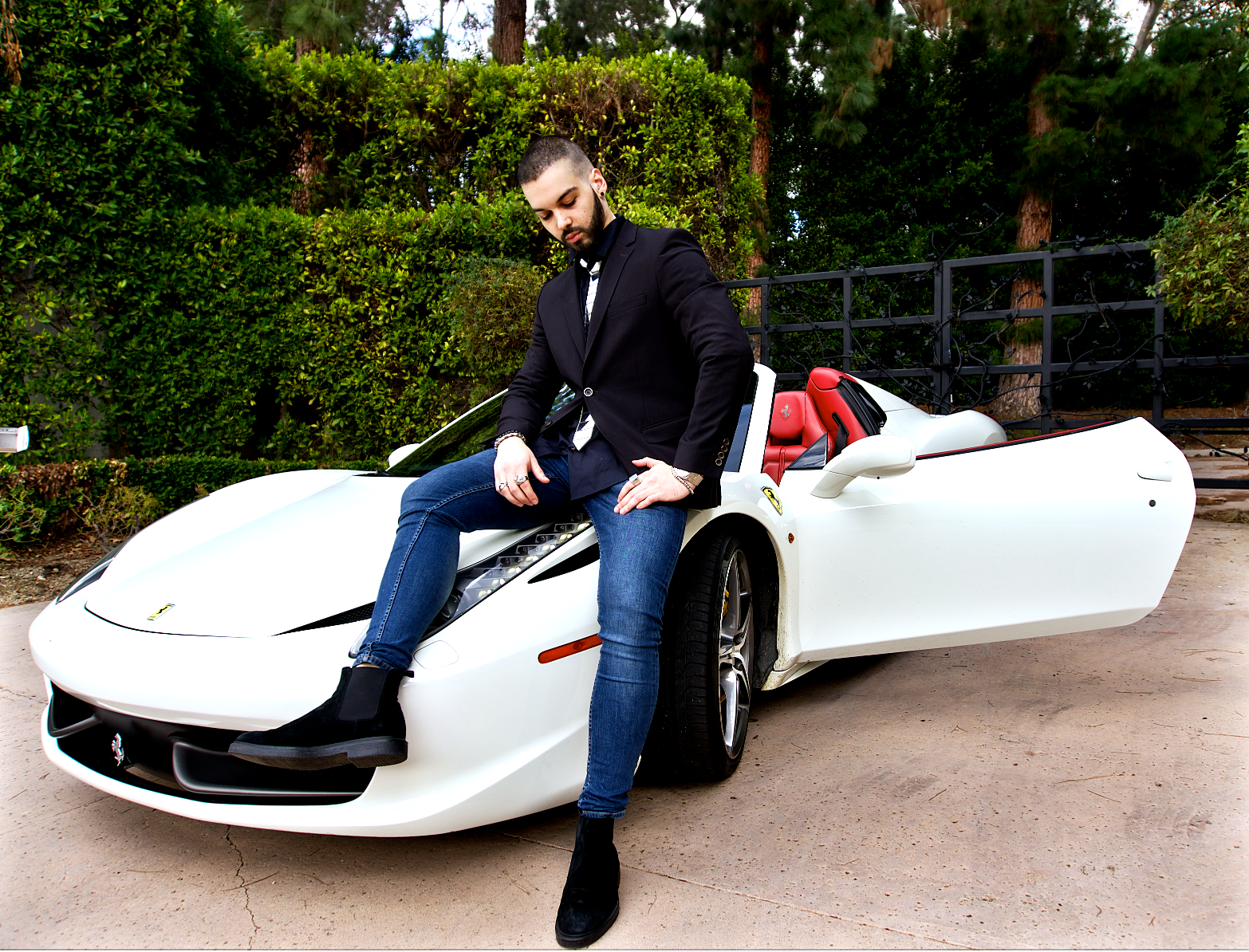 It’s one thing to list a product on Amazon, but another game entirely when it comes to getting sales for it. Especially, when you’ve invested thousands or, tens of thousands of dollars into launching, oftentimes your whole life savings. The stakes for Amazon Sellers can be very high. There is a level of experience required to market your products in a way that will attract attention, provide the necessary descriptions and details for your merchandise and keep a constant eye on how your account is developing.

To make the process easier and more profitable for the seller, Amazon Consultants were brought to life to provide strategic and technical support for Amazon sellers. One such person is Damian Prosalendis, who pioneered the Amazon Consultancy niche, by leveraging the world’s largest freelance marketplace, Fiverr. Starting at age 19, he built a consulting firm for Amazon sellers and in such a short time, has been able not only to scale his business to seven figures but also to serve more than 10,000 clients all over the world. Despite that success, Damian, now 24, has announced that he is stepping aside from the business to pursue his passion for martial arts, and probably fight in the UFC soon.

Finding a Reason to Begin

When you decide to start a business, it is assumed you had some inspiration behind the idea. A lightbulb moment. At least that’s the common expectation. However, for Damian Prosalendis, the situation was different. Damian might be the brains behind the world’s largest eCommerce consulting firm for Amazon sellers, but he says building the business came out of necessity. Believe it or not, Damian never had the intention of building a business, let alone the million-dollar enterprise he has created. The young man is made for such lines as martial arts (we’ll get to that later). Damian’s entry into the online business was brought about by the depressing life he had in university. He had to survive on $200 per month, doing odd jobs for $1 to $3 per hour, such as distributing flyers on the streets.

Unable to pay rent under these conditions, he later took advantage of an offering his university made to the poorest students. They gave him an S.R.O (single room occupancy unit), consisting of a single bed, a desk and some drawers. Not even a toilet or running water, he had to use public facilities. To add the cherry on top, the room had cockroaches. It was better than homelessness, but he quickly began looking for a way out of it. He tried out blogging but failed massively.

After five months of trying and working all day long, he had made precisely $0. But one day, Damian came across information about how he could earn a living from freelancing on Fiverr. Soon after, Damian created an account on the platform selling his only viable skill, writing articles, which he had been practicing for the previous 5 months. It was almost impossible to land clients at first, and Damian quit it within a couple of days. He later realized the reason he wasn’t getting results all along.

He wasn’t really serious about it. He was still dabbling with a university, occasionally attending classes and having his studies as a back-up plan. He burnt that boat, dropped out of university, and concentrated all his efforts on making money on Fiverr. He would either make money with it or end up homeless trying. Damian cracked the puzzle and started getting hired. His first serious month he made $1500 online using Fiverr. Compared to the previous summer where he slaved away as a waiter for $3 per hour, working till 4 AM at a Greek Tavern, he was now balling.

Initially, Damian only offered article writing services on Fiverr. Since he is an avid reader, Damian would often apply to his skillset, the newly learned knowledge he got from books. He loves reading top-rated books of accomplished skill gurus. At one point, Damian says he was particularly interested in copywriting. So he set out to learn the ins and outs of copywriting. He would soon start noticing a rising trend in the number of clients that consulted and hired him for copywriting gigs. Halfway through his success as a copywriter, Damian noticed an interesting pattern. Among his clients, there was a significant number who were continually asking about copywriting for Amazon listings.

Guess what Damian did next. If you thought he decided to learn more about copywriting for Amazon listings, then you guessed right. His monthly income rapidly grew to $5000 a month with this additional service, because of the valuable complementary skills he was developing. He not only could write, but he could also write in a way that generated sales for his customers, and with an understanding of how selling on Amazon works.

Since the time Fiverr was launched, Damian became the first freelancer on the platform to offer copywriting for Amazon listings services. There was a gap in the market and he rushed in to fill it, even though that is not the sole reason he succeeded at it. He established market dominance for reasons beyond being the first to enter the space. After all the first business to enter a space doesn’t always dominate in the long term. A classic example being MySpace that was the first major social media but lost the market to the ones that came after.

Apart from offering superior service, Damian focused on the customer experience intensely, always providing refunds to unsatisfied customers even if they were wrong and deserved none. Consequently, he maintained the #1 highest ranked and rated Amazon service on Fiverr until exiting the business in late 2018. His firm serviced over 10,000 clients in 116 countries. He and his team worked with companies ranging from new start-ups to multi-million dollar brands in the 7 and 8 figure range. Damian is now a globally acclaimed Amazon consultant with a hands-on approach helping brands grow their product sales on the largest e-commerce platform in the world.

Damian wanted to be a martial artist since he was very young, but the people around him discouraged him. He had early success at 17 as National Kickboxing Champion of Greece, but his conservative family prompted him to become an educated, well-respected scientist instead of a savage who would likely end up broke. They saw university education as the only way out of poverty.

Damian jokingly commented that, had he directed the same amount of hard work that he put into online business, to his university degree, he would still be a broke nobody after graduating with his classmates at 24.

According to him, Fiverr is like a university that pays you to learn, instead of you paying for it or waiting half a decade before you even get paid. In fact, the more you learn, the more you get paid because your skill is not judged by a professor’s opinion or a meaningless test. Instead, it’s evaluated by the free market, the most ruthless judge. You either are good and get paid or you aren’t. It’s not about credentials, it’s about skills.

He basically got paid millions to learn how to run a business, find and retain clients, set-up scaling systems and manage staff and operations. He even wrote a book called Conquering Fiverr, sharing what he learned about making living selling services on Fiverr. He finds it the greatest business model for beginners, requiring zero money to begin with and extremely high profit margins, as there is no physical product involved.

However, his passion for martial arts has lived with Damian to this day. Before he started his business at age 19, he didn’t even have the financial ability to pay for his gym and fighting training. So he quit it. However, through online business he acquired the financial freedom to live an uncompromising life. This is why he stepped aside from his business to pursue his dream. Getting into martial arts at this point will cost him millions in expected earnings, but he accepts that, because no amount of money is worth the regret of not following a dream.

Over the long term, when you are on your deathbed looking back at how you lived, the ten extra million you could have added to your half a billion fortune won’t matter, says Damian. He plans to get back into business full-time in his 30s anyway. For now, he is traveling the world training with masters of different martial arts styles, from Kickboxing Champions to Gung Fu Masters as well as ex-USA army special forces. Damian’s new goal is to fight in the UFC and become a world champion.

Travis Fox – How To Know Your Business is Right For You

Start Your Brokerage with Forex Solutions!