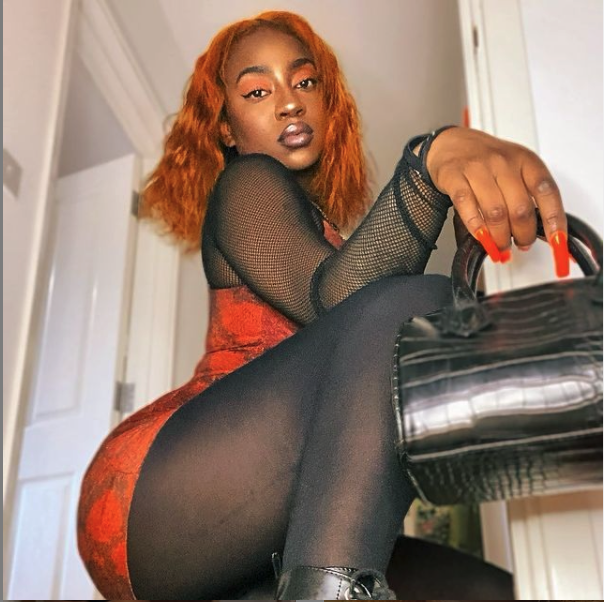 Hailing from Kent in the UK, Rapper DamnDD started making music freestyling raps and winning cyphers of which she gained an audience and plaudits for her lyricism amongst the rap scene in Medway.

Her first single “Sinner Freestyle” was released for streaming platforms in November 2019, shortly after DamnDD appeared on a freestyle for ‘GTown Talents’ a platform for Gravesend music artists primarily. She then appeared on the ‘Blackbox’ freestyle platform, episode 76 of the 18th season of the series premiered in June 2020.

DamnDD also created her own lockdown-rap challenge where she released  her own version and then subsequently the “Bar 2 Bar remix” with rapper JXHNNY FLAME. Filmed at the legendary That SP Studios media hub South London. The beat of the song was the Paven Melody sampled from “Strip” by Megan “Thee” Stallion.

John Shownmi head engineer at That SP Studios and curator of Aftersessions (British music outlet) said “DamnDD reps her name to the fullest, every track and I mean EVERY track you’ll be waiting for her to make you say Damn!, she’s a wordsmith with this freak rap. Every time I’ve worked with her and Bando Black, the energies have been off the scale. She was even at the O2 Islington performance with us and side stage we felt it so I know the crowd felt it, Damn!”

Rumour has it Bando Black and DD are getting back in the studio to work on something 2021 for Bando Black’s next project, he is done practicing and now working on an album.

DamnDD although often compared to Megan “Thee” Stallion or Light Skin Keisha, she is in a league of her own, here to authenticate the nonchalant female rap game in the UK!

Rumour has it Bando Black and DD are getting back in the studio to work on something 2021 for Bando Black’s next project, he is done practicing and now working on an album. DamnDD although often compared to Megan “Thee” Stall

Is it legal to play US Powerball Lottery from India?