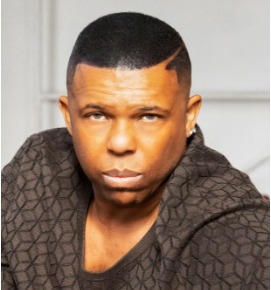 Ballet is one of the most loved forms of dance. However, like everything else, the world has attached a gender tag to this art form- femininity. Due to this reason, men, even if they appreciate it or want to participate in it, are reluctant to do so. As a result, the male-to-female ratio in a ballet classroom is just 1 to 20.

However, over the course of time, some passionate and headstrong men have come forward, breaking all stereotypes and dancing freely. Among those individuals, the name of Anthony Wayne Johnson, the African American director and choreographer, remains distinguished.

From a very young age, Johnson had discovered that his true calling lay with theater and ballet dancing. He achieved what he set his mind to and is known for his outstanding performances today.

The Indiana-born Johnson, coincidentally born on the same day as the late great choreographer George Balanchine,  is the son of Armster Sony Johnson and Claudine Sherels Johnson and is the oldest of four siblings and a stepbrother. Johnson high school at Ridgeway High School in Memphis, TN.

His dedication to create a name for himself led him to star as David twice in the Amen Corner, opposite the late Calvin Lockhart who also directed the play. After winning several THHSDL (Tennessee High School Speech and Drama League) competitions, and the role in Amen Corner, the producers of the television series “The Mississippi”, starring Ralph Waite cast him in a small role. He later won District and State Championships in Solo Acting.

In Chicago, his ballet career took a leap. He danced for The Lyric Opera of Chicago under the direction of Maria Tallchief and Kenneth Von Heidecke. He was told he was the first African American dancer to be hired for the Lyric Opera of Chicago. Von Heidecke cast him in many roles, like Aida and Ghost of Versailles, and made him a soloist with The Chicago Festival Ballet, starring in ballets like Mephistopheles, Die Fledermaus, Elegie, Nutcracker, Cinderella, and Sleeping Beauty. He also guest-starred with several companies as principal and soloist in The Prodigal Son, Afternoon of a Faun, The Rite of Spring, Giselle, Petruska, Sleeping Beauty, Faust, Swan Lake, Concerto in “C,” Concerto in “F.” Kenneth often referred Johnson as his number one protégé. He also earned the name “Michael Jordan of Ballet” at Chicago Festival Ballet.

Off-season, Anthony continued performing with ETA, Creative Arts Foundation, Chocolate Chips Theater, and The Goodman Theater, where he joined the cast of Randy Newman’s Faust. In addition, he spent several years at The Black Ensemble, Theater, where he was nominated Best Actor for his role in Me & Miss D.

For Johnson, the love for ballet knew no bounds. With the aim to take things above and beyond, Johnson founded “Ballet Magique®” with Gene Wooley. Ballet Magique® produced Empress, Les Vampires, Mélange, and Ring of the Rose. Johnson also wrote and performed a slick, riveting musical about Leonardo da Vinci’s legendary life, art, and creations. Anthony’s trademark, Ballet Magique® earned recognition from around the globe. The show “Ring of the Rose” also gained several Lester Horton Award nominations for “Outstanding Achievement in Choreography, Costume and Lighting Design.”

Johnson founded of Laughing Man on Fire Productions under Ballet Magique Productions, where he creates and produces innovative digital content for all genres. In addition, he is a proud mentor, passing on his love for ballet to numerous students, along with the actress Jazz Raycole.

Currently, he is directing Alexis Colette at the start of 2023, a musical thriller.

MA BARKER “RUN DOWN” ON THE INDUSTRY”