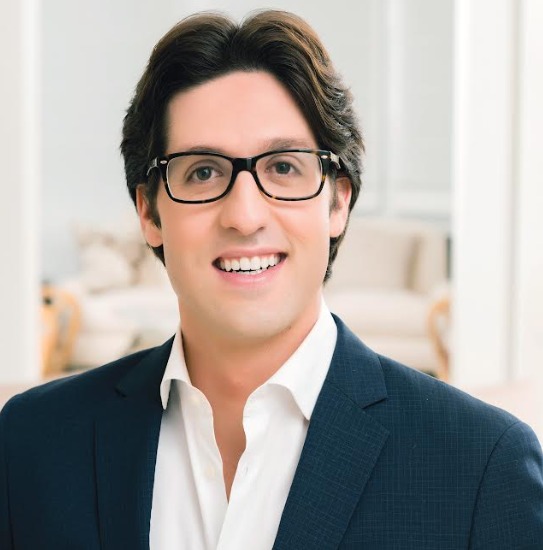 This past year has been a record year for the Miami real estate market. With an increased amount of attention and interest in South Florida’s most exciting city, Miami saw an increase in home prices and median sales for single-family homes as well as a dramatic increase of rental prices in 2021. Of course, some of the renewed interest in the city of Miami was fueled by “Covid flight” from other coastal cities like New York; Miami saw a massive influx of new residents due to the city’s warm weather, lack of restrictions on businesses during the pandemic, and thriving entertainment, art, & tech scenes. As trends resulting from COVID-19 have accelerated seeds that were planted years ago, Miami is quickly solidifying itself as one of America’s most important cities for technology entrepreneurship and investment

While the city of Miami is enjoying its new renaissance, many people have believed in the city long before the emergence of these new trends. These entrepreneurs and investors, who have long understood the value of Miami’s unique energy and offerings, are enjoying the fruits of being early to the party.

As a part of the second generation of The Jills Zeder Group, Danny Hertzberg might have been destined to get into real estate from birth. However, Hertzberg did not go directly into the family business, he first pursued law school at the University of Miami and earned his JD MBA. While Hertzberg occasionally worked in real estate during his time at school, he fully committed to joining The Jills team upon passing the bar in 2009. Since then, Hertzberg has used the skills he gained while earning his JD MBA as well as his digital marketing and real estate technology expertise to help The Jills grow. In recognition of his work, Hertzberg was named on the Forbes 30 under 30 list for real estate in his late 20s, on the South Florida Business Journal’s 40 under 40 list pre-pandemic, and has been seen on CNBC’s Squawk Box as well as the Wall Street Journal commenting on the real estate market

Hertzberg has a wide array of responsibilities at The Jills Zeder Group, doing a little bit of everything from operations to lead generation to showings to contract negation and much more. Hertzberg has made a name for himself with his special ability to blend old school and new school marketing techniques, taking advantage of the established Miami real estate network as well as new internet and social media-enabled marketing opportunities.

When Hertzberg started working part-time with The Jills as a JD MBA student at the University of Miami, the group only engaged in traditional marketing channels like newspapers, magazines, direct mail, et cetera. Seeing the internet mature as a young man, Hertzberg saw room for improvement and helped revolutionalize their digital marketing division when he joined full-time. At first, Hertzberg put together a website for the group, initiated some SEO strategies, and started various email marketing campaigns. Hertzberg and the The Jills saw immediate results. Since the advent of social media, Hertzberg has helped the team take advantage of these new incredible marketing possibilities.

In fact, under Hertzberg’s visionary leadership, The Jills was one of the first groups to use special media platforms like Facebook, Twitter, and eventually Instagram to help sell properties. Many people in the industry did not see the potential that Hertzberg saw and actually scolded him for investing so much time into these social media platforms. That all changed when Hertzberg secured a $14 million deal from a single tweet.

Over the years, Hertzberg has used many innovative and market-disrupting social media marketing strategies. In the early days of Facebook, he would post about an open house and have other agents like and comment at the same time, taking advantage of the algorithm to push the post to virality; Hertzberg called this strategy the “Social Media Hotspot.” Since then, Hertzberg has continued to be a pioneer in the social media real estate marketing space, speaking about his best practices to Northwestern University School of Business, the Asian Pacific Real Estate Association, and various conferences & news programs.

In addition to using digital marketing to grow the group’s business, Hertzberg is known in the industry as a thought leader for real estate technology. Hertzberg is a regular at the Consumer Electronics Show (CES) in Las Vegas and has appeared on panels with other leaders in the space like the CEO of Nest. Hertzberg is always looking to incorporate new technology into his real estate practice.

Hertzberg has no plans on slowing down as he recently spearheaded a record-breaking sale at 40 West Rivo. Hertzberg’s deal broke the record for the highest price per square foot in a home sold in Miami with over $4500 per foot. Obviously, this is a huge accomplishment as the deal broke the record. It is particularly special because Hertzberg has been involved in this property since the development was just a plot of dirt.

With the best colleagues in the world, an innovative mindset, and an unquestionable love and knowledge of Miami real estate, we are excited to see what Danny Hertzberg and The Jills Zeder Group do next.