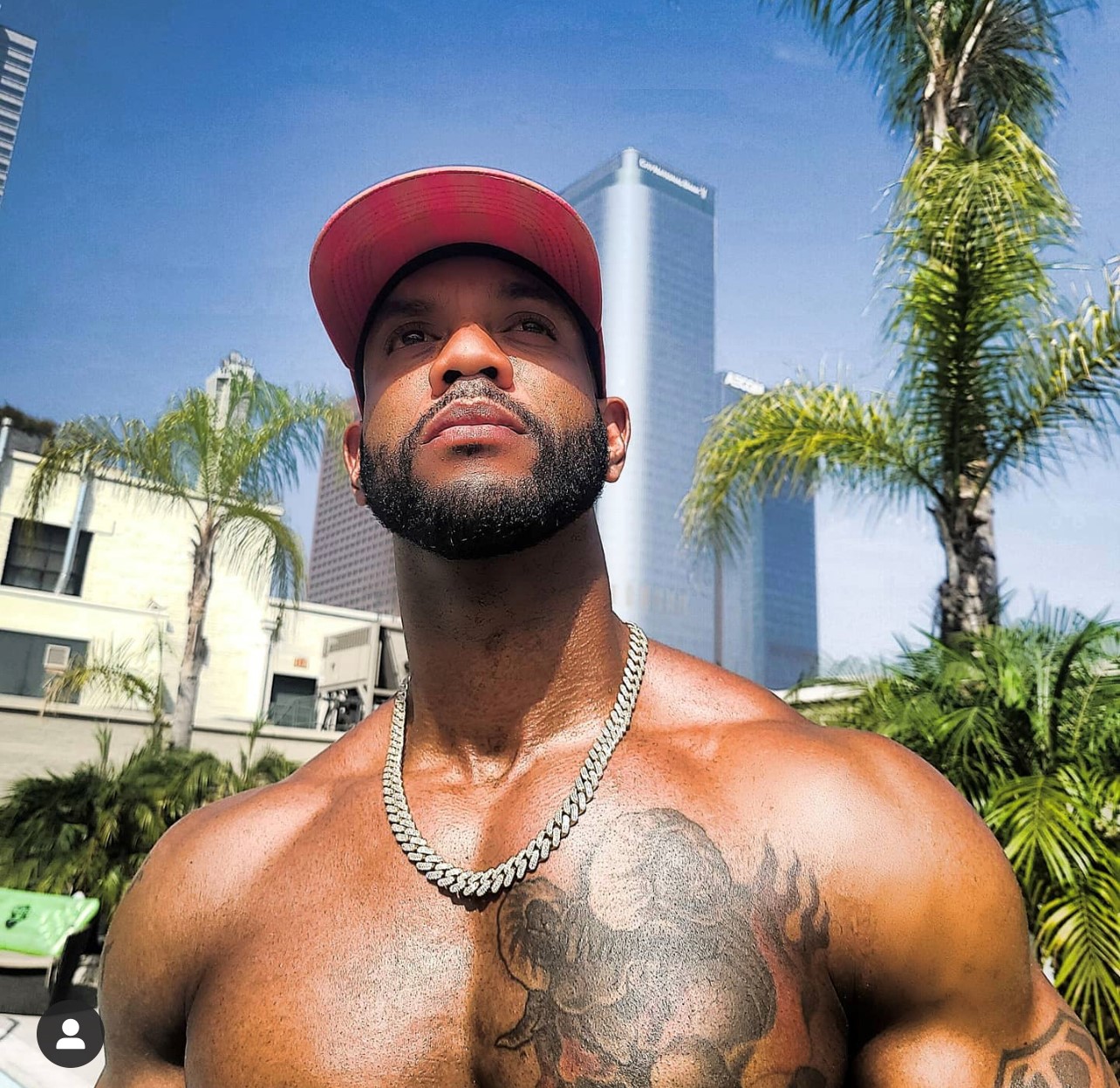 Darnell Thompson is a fitness enthusiast and a motivating personality who brings faith and fitness together to stimulate personal growth. Growing up within a difficult home environment and facing various forms of adversity, he followed in the footsteps of great people like Oprah Winfrey, Thomas Edison, and Fredrick Douglass who lifted themselves up and not only overcame their obstacles but helped to transform the world around them in the process.  These silent mentors and others helped to inspire Darnell Thompson as he transformed himself into Fit Flash.

Fit Flash’s adversity wasn’t limited to his home life. He also faced challenges growing up in a religious environment. He was struck by the visual of his local pastors misleadingly “curing” his mother’s physical ailments by placing his hand on her forehead and throwing her back causing her to fall. The theatrics were designed to promote the story that she would faint and reawaken “renewed in the Holy Spirit.” Darnell was very disheartened to recognize the level of dishonesty and manipulation coming from what was supposed to be a safe haven of spirituality and community. This observation pushed him far from the religious faith he had been raised in. He developed a different perspective through his life experiences and those he encountered through his journey that helped to shape him into the man he is today.

Of course, there is considerable debate throughout the religious and secular world about the facts of history, science, and faith, there is, however, little room for debate as to whether Jesus Christ actually existed.  Even if you take away the religious aspects of his story, it’s worth understanding that Jesus as a person lived a life of adversity through which he overcame challenges and ultimately influenced the world long after. Whether or not you read the Bible or support Christianity, There is no denying that Jesus Christ was a man living on earth. This is well documented by historians and religious scholars beyond Christianity. His existence is acknowledged in Judaism, Islam, and more.

The important takeaway from all of this and what really inspired Darnell is that Jesus Christ lived a life filled with challenges many could not imagine. He faced tremendous odds and was even sentenced to death because of them, and yet he became a symbol of what one person can accomplish and how an individual voice can travel around the globe. He became the ultimate example of what one person can achieve. Clearly, if we look at the world today, Christianity is a worldwide religion that has grown far beyond its roots. Through his story, Jesus Christ became a worldwide inspiration. Darnell Thompson found the same inspiration in the life of Jesus and applied it to how he set and achieved goals. By following the example of what one man can accomplish, Darnell utilized his skills and talents to advance his life and career beyond the statistical averages. Along the way, he worked hard to support and elevate many others to succeed and achieve things they never thought possible. Darnell didn’t turn away from the challenges of his childhood but rather used them as lessons that strongly influenced the path he would take. He learned to pursue opportunity rather than wait for it. He learned to not give up and to always strive for better. He learned to avoid the snake oil salesmen who peddle faith for profit and instead focused on living a life of compassion and achieving the spiritual connectivity between mind and body. He is a firm believer that, as he sais, “luck doesn’t just happen, for the most part, it is created by you, the ultimate responsibility for success in life and the limitations that hold a person back begin and end with your internal drive and are completely controlled by you.” His central message is that only you can control you and that your willpower is the fundamental key to achieving whatever you desire in life.

While faith has inspired him, fitness has always motivated him. It is through this combination that he came to co-found The Church of Fitness and Nutrition. Darnell possesses immense drive that keeps him moving and constantly striving for new successes and daily goals. He loves to stand against the odds and show what can be done. Darnell has mastered calisthenics and body control in ways that few can, especially those in his over-230 pound weight range. Graduating from athletics at a professional and international level, Darnell Thompson  became the inspirational figure “Fit Flash.” He is proud of the work he’s done and he continues to grow always striving for more. He is proud to have become influential on the national stage as he helps to motivate others to achieve their best. He inspires people in person and through his Instagram account @Fit_Flash.  He greatly values his followers and takes every opportunity to interact with them and respond to their private messages. He helps to guide his followers through both his words and his example. His goal is to be an example of what’s possible regardless of your upbringing. He helps his followers fight through their own obstacles and overcome any lack of confidence they may have. To really drive home the message, Fit Flash offers a challenge to his followers. He says  “If I can’t motivate you to succeed and attain a higher level of achievement in the mind, body, and spirit then I’ll do 10 pushups for every person that comes forward that doesn’t achieve triumph over their own adversity.” Fit Flash is the embodiment of “Put your money where your mouth is. He knows that he can help transforms people’s lives and to prove it, will do 100 pushups for every ten people he can’t help, 1,000 pushups for every hundred. These sound like big numbers, but he’s not worried. He has demonstrated what he can accomplish and what he can help others to accomplish. For anyone who has doubts, he gladly welcomes you to take the challenge.

Related Topics:Darnell Thompson
Up Next

Tang Wynn Investing in Something Greater