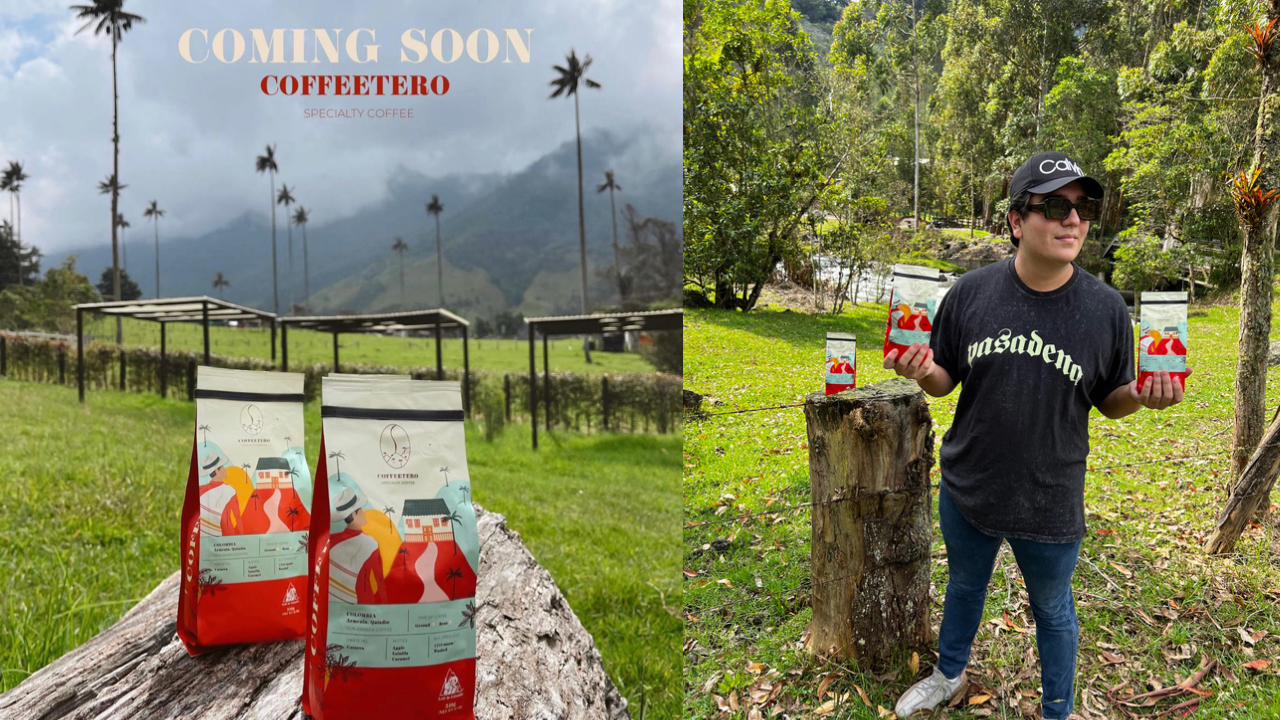 The influencer David Martinez, who is originally from Bogota, Colombia, announced the launch of his new brand Coffeetero on social media. In December, the influencer shared plenty of photos and stories from his trip to Armenia’s coffee-growing regions. When people think about a great cup of coffee Colombia is one of the countries with the majority of varieties and well-known brands. Colombia is well-known for its coffee due to its unique and varied temperatures and climates. Martinez displayed many of the places he visited, including Pereira, Armenia, and Salento. These locations are well-known as a result of the film Encanto, which captivated audiences with the beauty of Latin America.

The influencer revealed that he plans to export coffee to the United States. And, while it may appear simple, all exporting processes are difficult and involve a plethora of laws.His fans’ reactions could not be contained, and the excitement became real. The influencer thanked all his Colombian followers and stated, “I will never forget my beautiful country Colombia and will always try to give back to the place that saw me grow. “A few months later, the influencer shared a video of the cargo arriving in the United States, making his fans happy that he is doing something to help his country.

The reality is that going through the brand process is not easy, and there is a lot of history behind it. Simply by purchasing the coffee, he is undoubtedly helping producers in the region and the local roasters. By creating his brand, he is benefiting hundreds of Colombian working families. The idea of making coffee takes time and effort, and that effort can be seen in the clean and modern design of the package he created with Colombian local designers.

Furthermore, there may be evidence in the package that he obtained a license from the National Federation of Coffee Growers, which is a symbol used to identify products of origin. Obtaining this license is a difficult process because they must create a producer chain in order to create product traceability. The influencer also mentioned that the project he is working on is part of a family business that he has always wanted to start, “It is a great satisfaction for me to work with my entire family in this project, and I am confident that it will be a complete success.”

The coffee is now available on Amazon Prime, and he is collaborating with local South Florida supermarkets. Coffeetero appears to be a huge success, and the packaging distinguishes it from the traditional coffee found in local supermarkets. Martinez is not only targeting Hispanic supermarkets; with the branding they created, the product can be sold in luxury supermarkets, and we will see what his next steps and approaches are.

A shirt that stands against social injustices